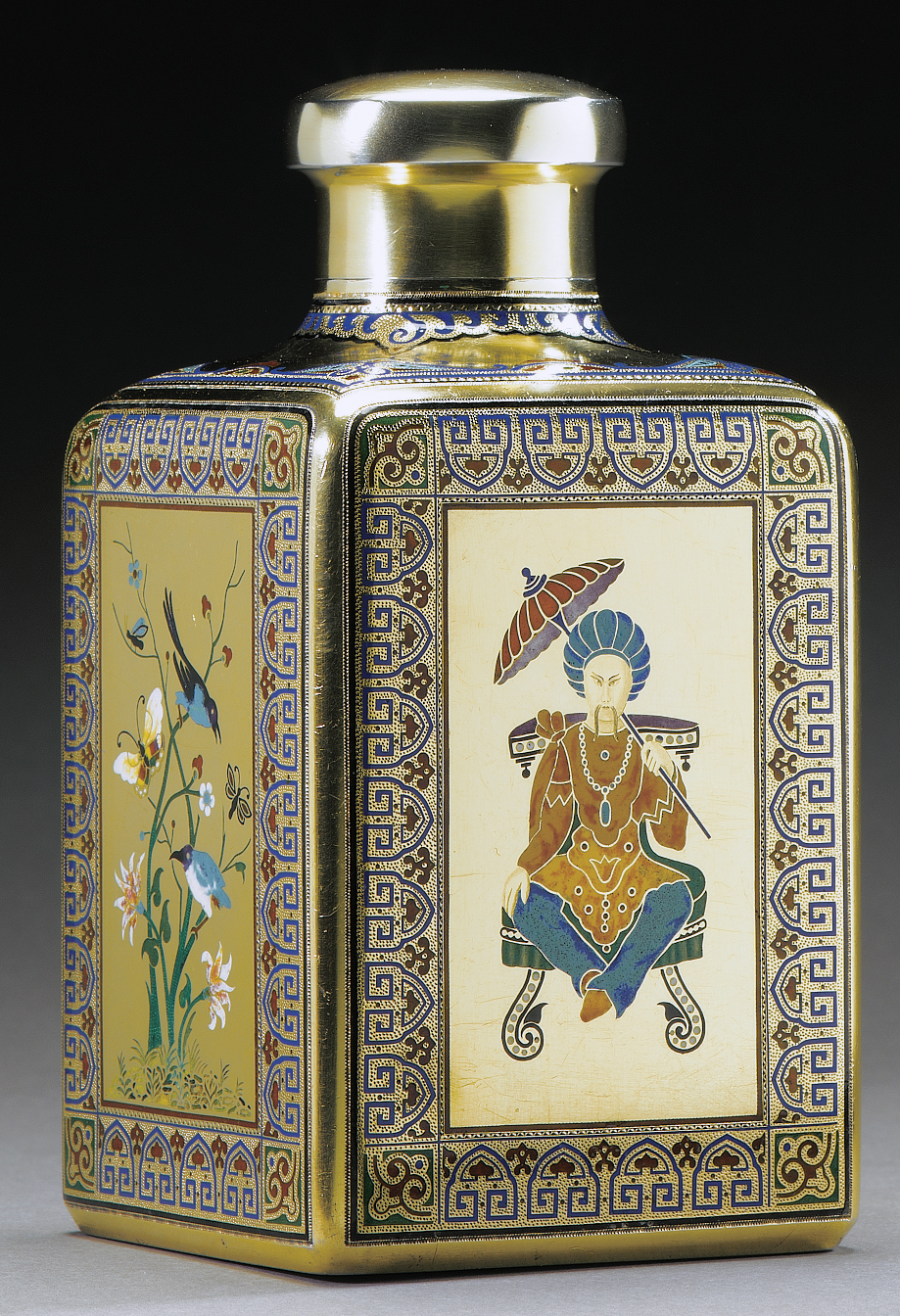 During the second half of the 19th century the consumption of tea became widespread in Russia. It is appropriate that China, a major source of the commodity, on occasion also provided the subject matter used to decorate tea caddies. In the present instance there can be detected the varied influence of both 18th century chinoiserie and the Chinese pith paper watercolours that were then appearing in volumes from the Treaty ports. Interestingly, there is no significant reference to traditional Chinese enamelwork, which used a different decorative vocabulary and was furthermore executed in the cloisonné technique, as opposed to the champlevé employed on this caddy.