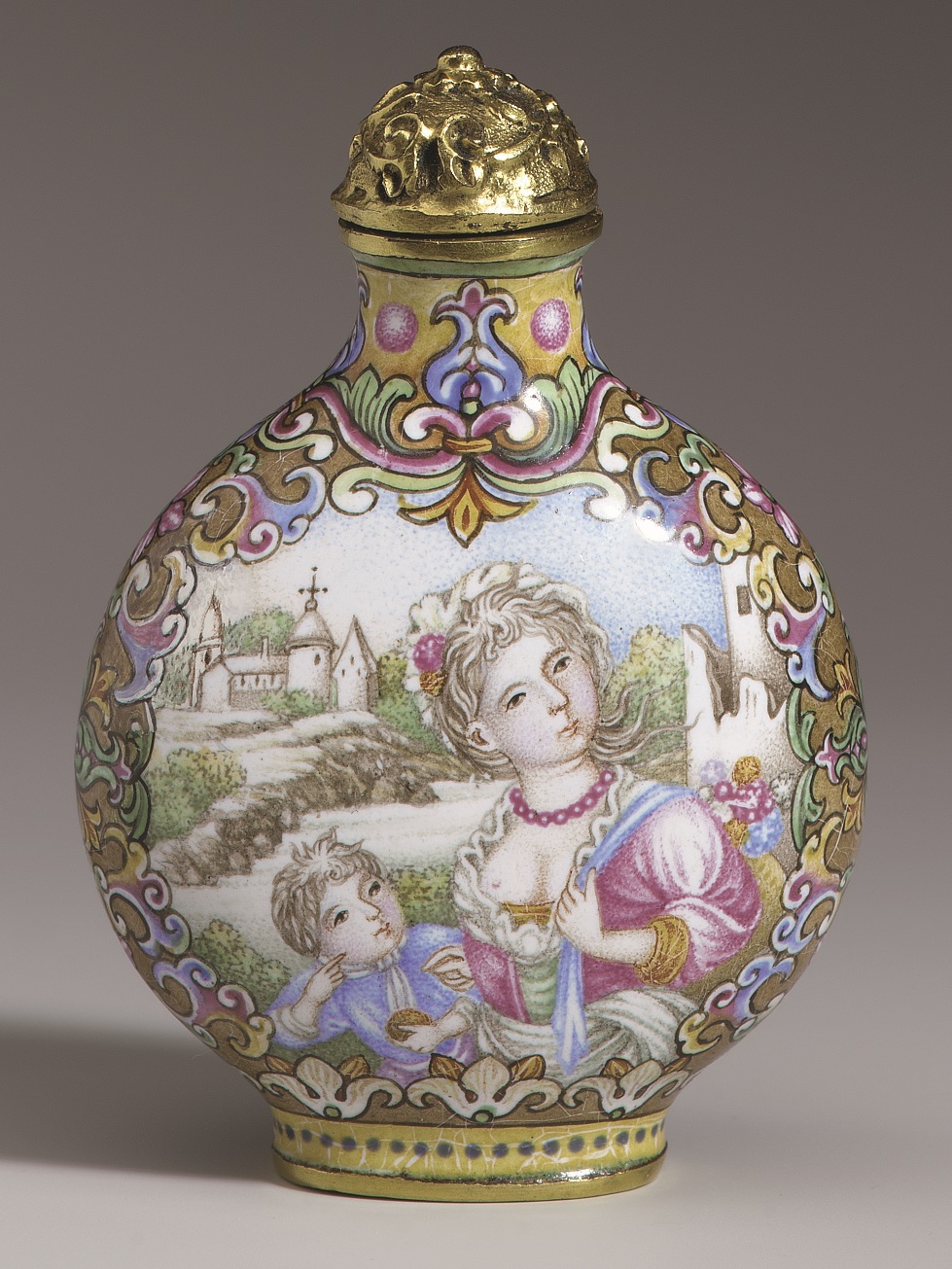 The practice of snuff-taking was introduced into China from Europe during the 17th century. Records indicate that the Kangxi emperor was using snuff from the 1680s, and with imperial endorsement the habit rapidly spread to the court and beyond. In China snuff was kept in bottles, whereas in Europe boxes were used. The bottles were made of many different materials, including enamel. Given the European origin of snuff, it is perhaps appropriate that some of the enamel bottles incorporated decorative and technical features that were also imported from the West.

Once the Chinese had mastered the technique and developed the necessary range of colours, the number of Europeans employed in the workshops declined. European subject matter, however, remained popular for a longer period. During the reign of the Qianlong emperor a stock of somewhat old-fashioned western prints provided the Chinese painters with a source for the figural compositions that frequently appear in vignettes on various enamelled objects. Although the claim is difficult to substantiate, it is generally maintained that snuff bottles such as the present example were painted in Beijing, rather than Guangzhou, the major centre for the technique known as yangci (foreign porcelain). Many specimens survive in the collections of the Palace Museum, Beijing.