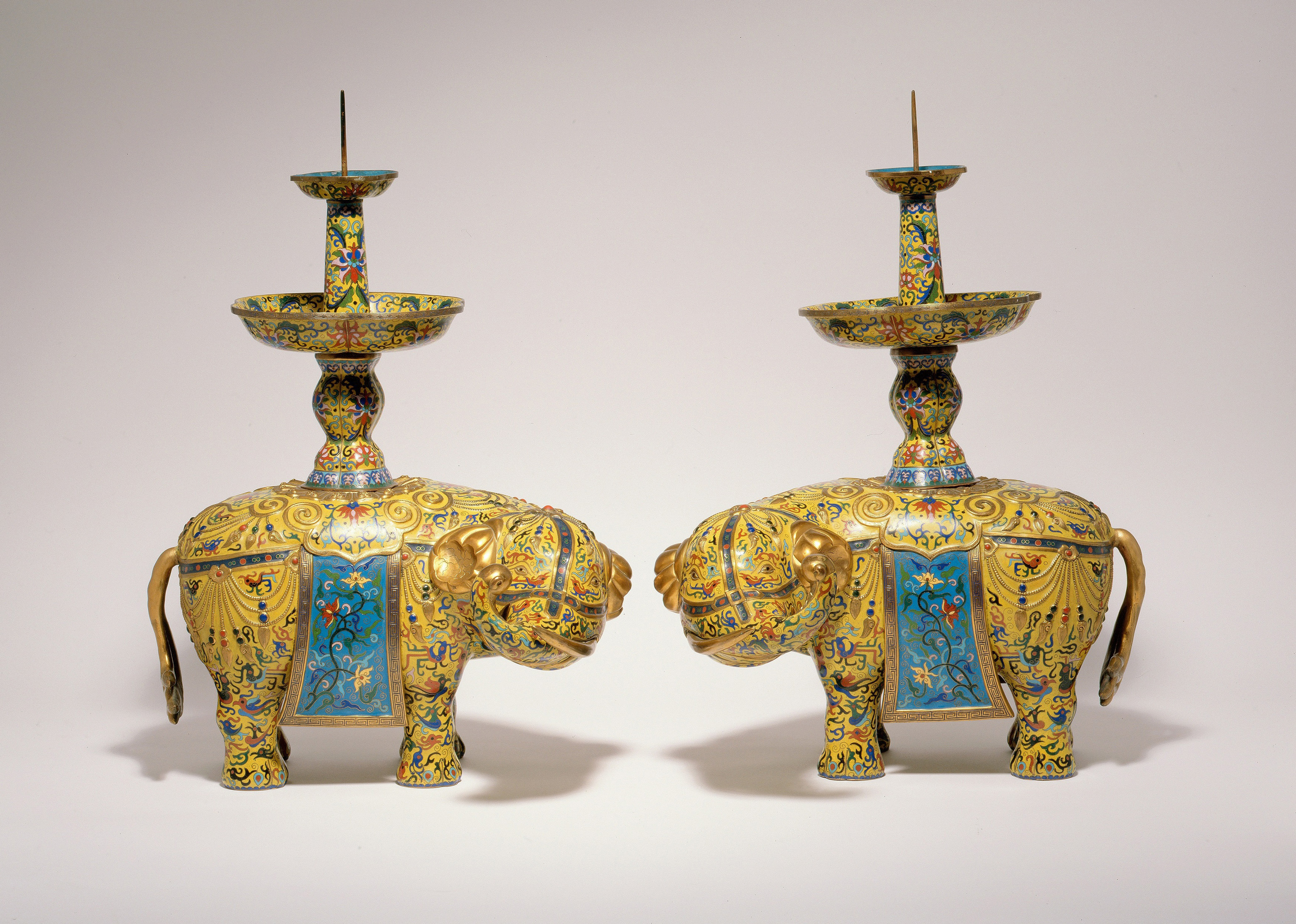 During the reign of the Kangxi emperor bright yellow became a favoured background colour for enamellers working in the recently introduced European technique of painted decoration, and it continued to be popular throughout the 18th century. Its use as a ground colour for cloisonné enamel, however, appears to have begun at a somewhat later date in the Qing dynasty. Interestingly, on the present pair of candlesticks the decorative motifs are loosely spread against an open ground, an arrangement more akin to that seen in painted enamel than to that of traditional cloisonné work. Very probably, this was an intentional visual conceit. These candlesticks were probably part of a Buddhist altar set, the elephant being the mount of Akshobya, the primordial Buddha associated with consciousness. A smaller pair of enamelled elephants, carrying gourd-shaped vases, is in the Pierre Uldry collection, and a single example of massive proportions, formerly in the Qing Court collection, is in the Palace Museum, Beijing.