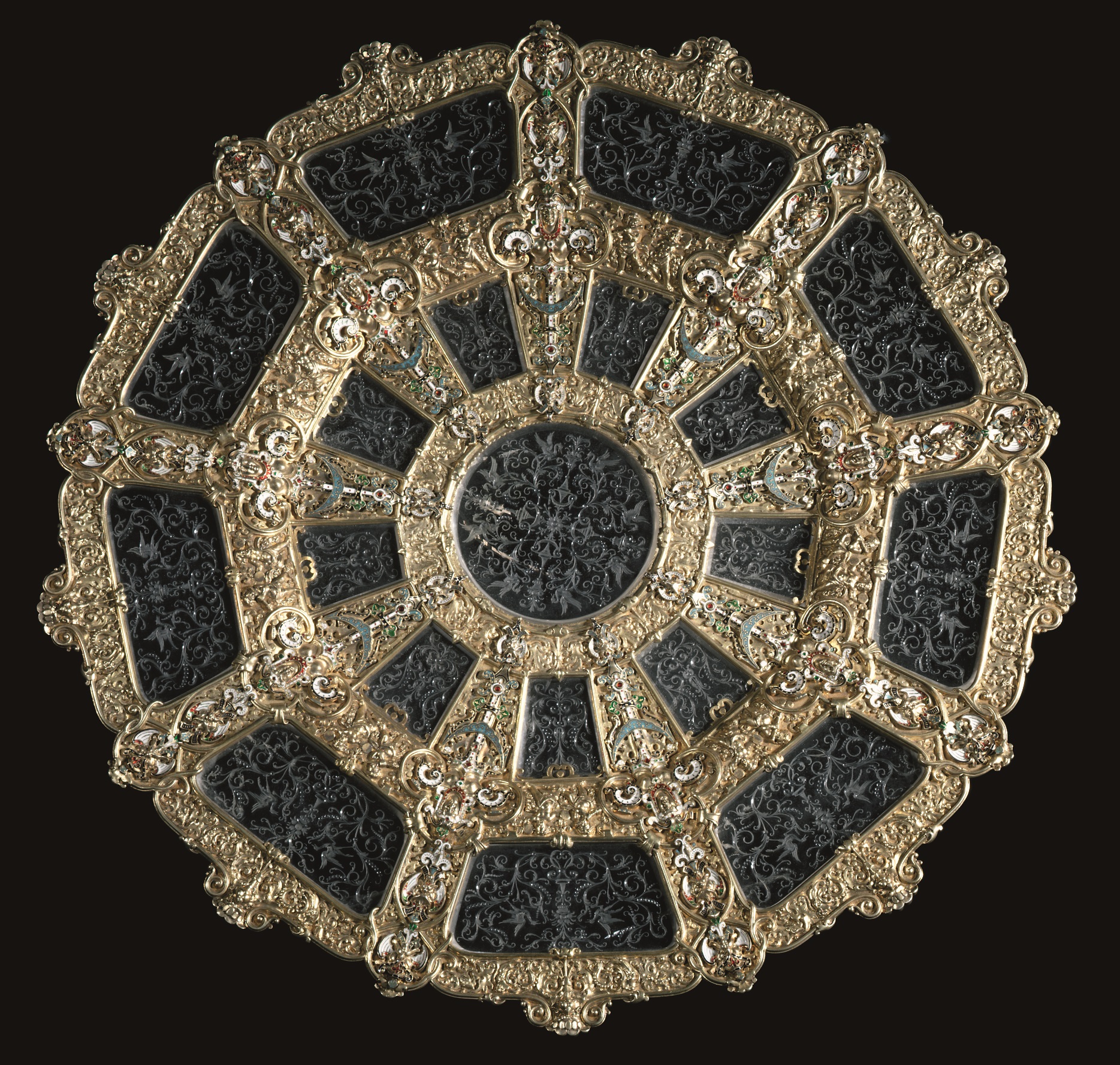 At the great exhibition of 1851, Ratzersdorfer was one of only four exhibitors from the Habsburg Empire to show goldsmiths’ work, to the chagrin of the organisers who nevertheless awarded him the Jury’s medal for “a toilet glass in a massive wrought and embossed silver frame, weighing 135 ounces”. Further prizes were to follow as Ratzersdorfer changed direction from reproductions of the Rococo to those of the Renaissance for which he is known today. For the ill-fated Vienna World Exhibition of 1873, he created a dazzling display of enamel and mounted crystal objects. This dish may be compared with another exhibited by Ratzersdorfer in Vienna in 1873. While the cast and chased frame, incorporating music-making amours and lions’ heads, is identical to the exhibited piece, the applied elements – the herm mounts and engraved rock crystal – differ. The Viennese silversmiths developed the practice of using pre-cast decorative parts in their work, permitting faster and more economical production than would have been possible had the piece been made bespoke. In this instance the applied mounts, although conceived independently, are well integrated into the design of the whole. A preoccupation with the overall unity of the design is one of the distinguishing characteristics of Ratzersdorfer’s work, a concern that was not maintained by succeeding generation of Viennese makers working in the same genre. The creations of Hermann Böhm and others, often decorated with an array of disparate ornamental elements, demonstrate the consequences of this, a change that was also accompanied by a deterioration of the quality of production.