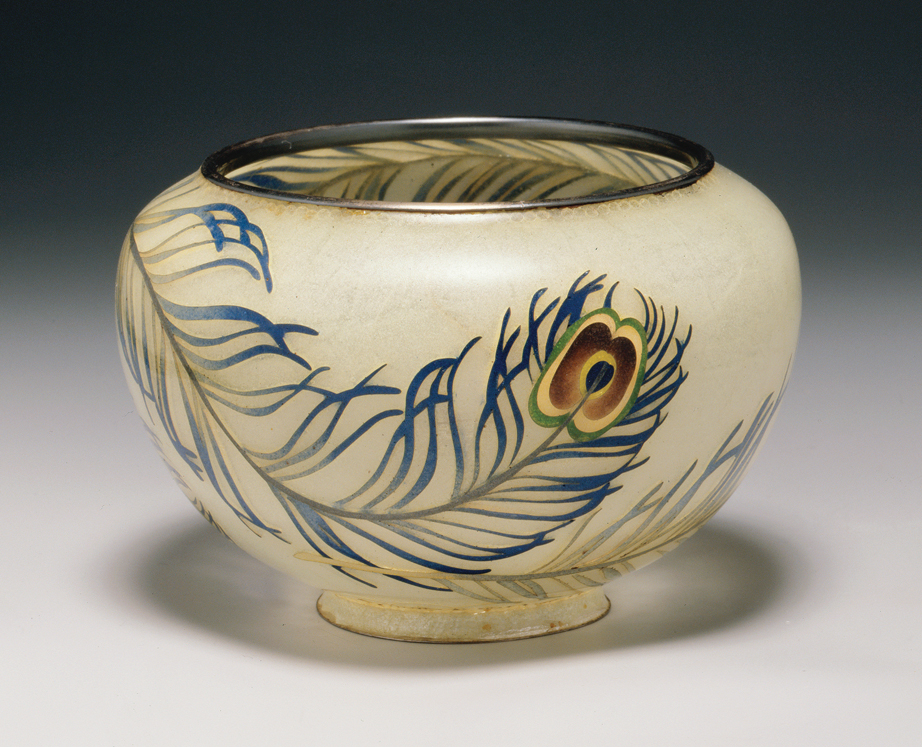 The Paris Exposition Universelle of 1900, as well as being a catalyst of the Japanese enameller’s fresh decorative repertoire and style, provided an introduction to plique à jour enamel – beguilingly used on some of the most celebrated objects shown by Lalique, Thesmar and Feuillâtre.

The interaction between East and West is particularly intriguing in this bowl, as the design would appear to have been influenced by a box by Eugène Feuillâtre. The box, formed as a poppy pod enameled in pale green and decorated with three peacock feathers, was produced as a multiple around 1900-1901. In a typically Japanese display of virtuosity, the unknown enameller has replicated the luminescent surface of Feuillâtre’s enameled silver box in plique à jour enamel. While, for technical reasons, the form of the box has not been strictly followed, the motif of undulating peacock feathers was retained