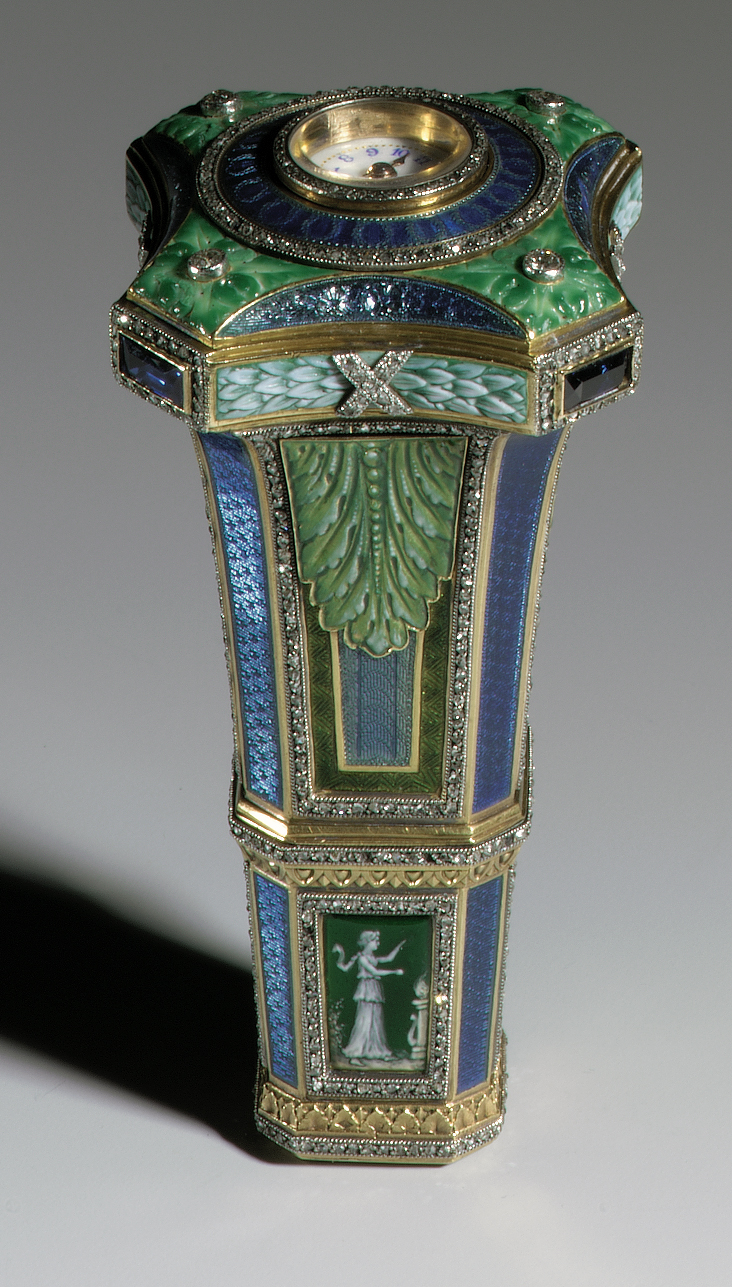 The Goldsmith, chaser and engraver Edouard Husson is recorded as working from two addresses in Paris: 42 rue Sainte Anne and later 29 rue du 4 Septembre. His maker’s mark consisted of his name in letters in a horizontal lozenge. In February 1911, he was granted the autorisation de la garantie.

The particular combination of enamel colours on this handle – translucent emerald green and Prussian blue, applied over an intricately engine-turned ground – appears to have been favoured by Husson. Occasionally this pairing was further embellished with en grisaille painted cameos and diamond-set borders. Both Boucheron and Tiffany sold his elaborately conceived works.