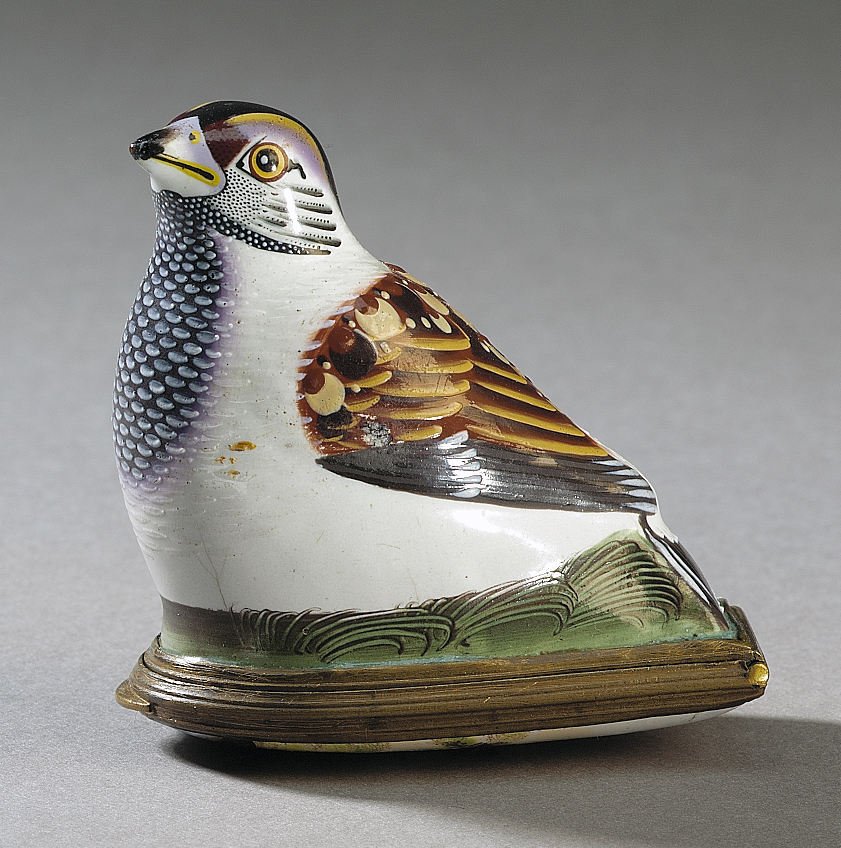 As there are almost no signed pieces of English enamel, their exact origin has long been a subject of dispute. Until the publication of Bernard Rackham’s catalogue of the Schreiber collection of English enamels at the Victoria & Albert Museum in 1924, all English enamels were attributed to the short-lived (1753-56) Battersea manufactory. Evidence of large-scale enamel production in the Bilston/Wednesbury area of Staffordshire emerged and this type of shaped bonbonnière, in imitation of Chelsea porcelain, itself imitating Meissen Galanteriewaren, was attributed to Bilston. In 1966, however, Bernard Watney and Robert Charleston put forward a strong argument, supported by detailed documentation, to assert that Birmingham, at the time well known for its metal ‘toy’ industry, was also a centre of enamel production.

To complete the circle, in 1972 Eric Benton brought the focus back to London workmanship, although it was not limited to the activity of the Battersea factory. Since then, no major discoveries have been made although it is hoped that current research in the Midlands may help to clarify the situation.