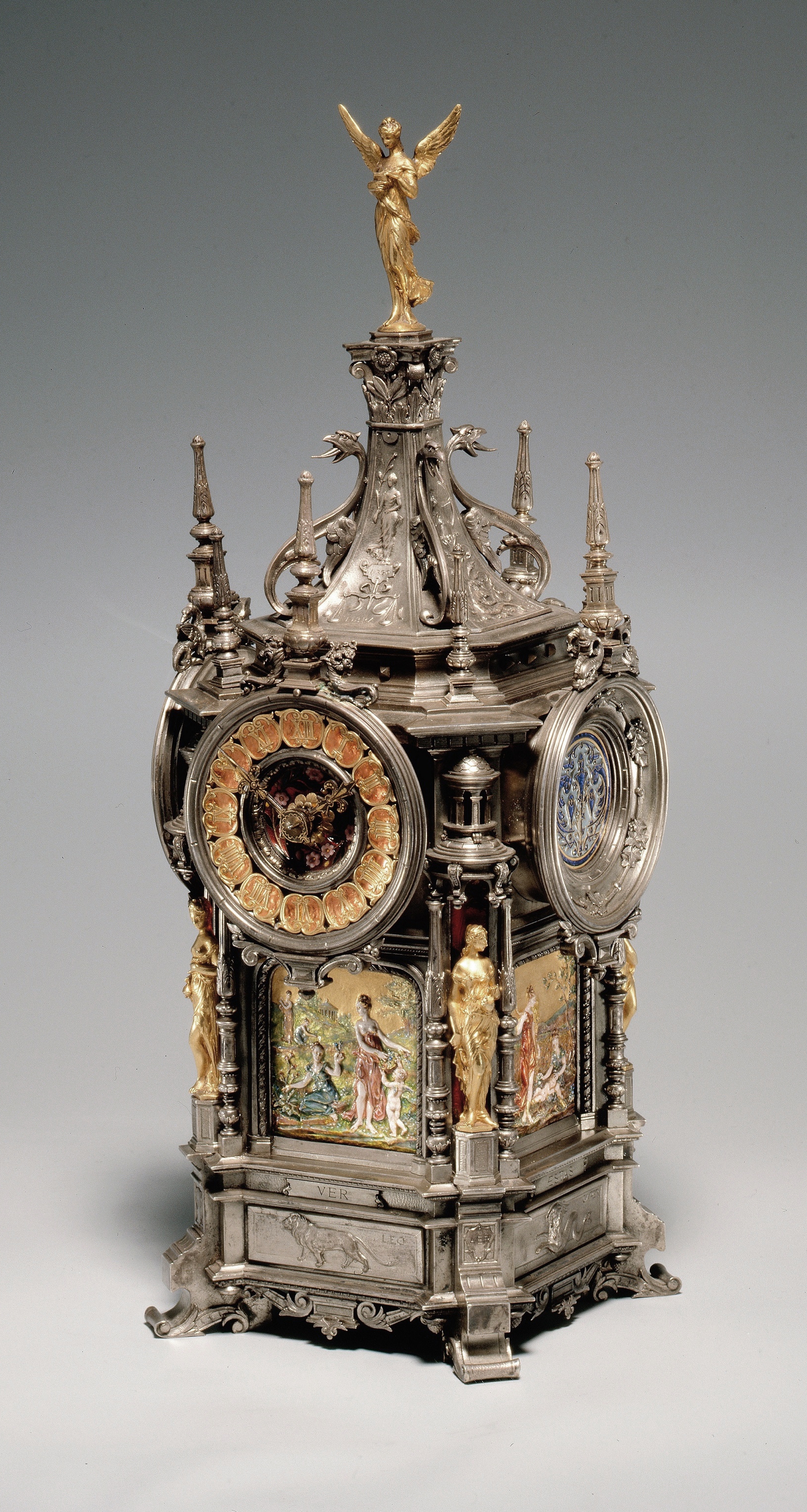 silver and gold, with opaque cloisonné, translucent and painted enamel

At the Paris Exposition Universelle of 1889 the Vever brothers, Paul and Henri, sought to enhance the reputation of the firm that had been founded by their grandfather, Pierre-Paul Vever, in Metz in 1821. In this they succeeded with an innovative display that was awarded a Grand Prix for jewellery design. One of the most commented-upon items on their stand was this timepiece, designed by Emile Olive, with models by François-Joseph Joindy and enamels by Claudius Popelin. In general conception it was almost certainly inspired by a clock made for Alfred Morrison in 1881 by Lucien Falize, which had been published shortly afterwards in the Revue des Arts Décoratifs. The Falize clock, also exhibited at the 1889 Exposition, was designed as a late gothic tower mounted with enamelled plaques and cast figures emblematic of the theological and philosophical virtues. By contrast, the architecture of the Vever clock evokes the northern Renaissance while the iconography represents the Four Seasons in conjunction with the elements and signs of the zodiac. The similarities between the two works provided material for the animated debates on plagiarism and innovation that were a feature of the period. Another ‘pair’ of timepieces of comparable form and style, made by Falize and Vever at the same time, provided further material to fuel the debate.