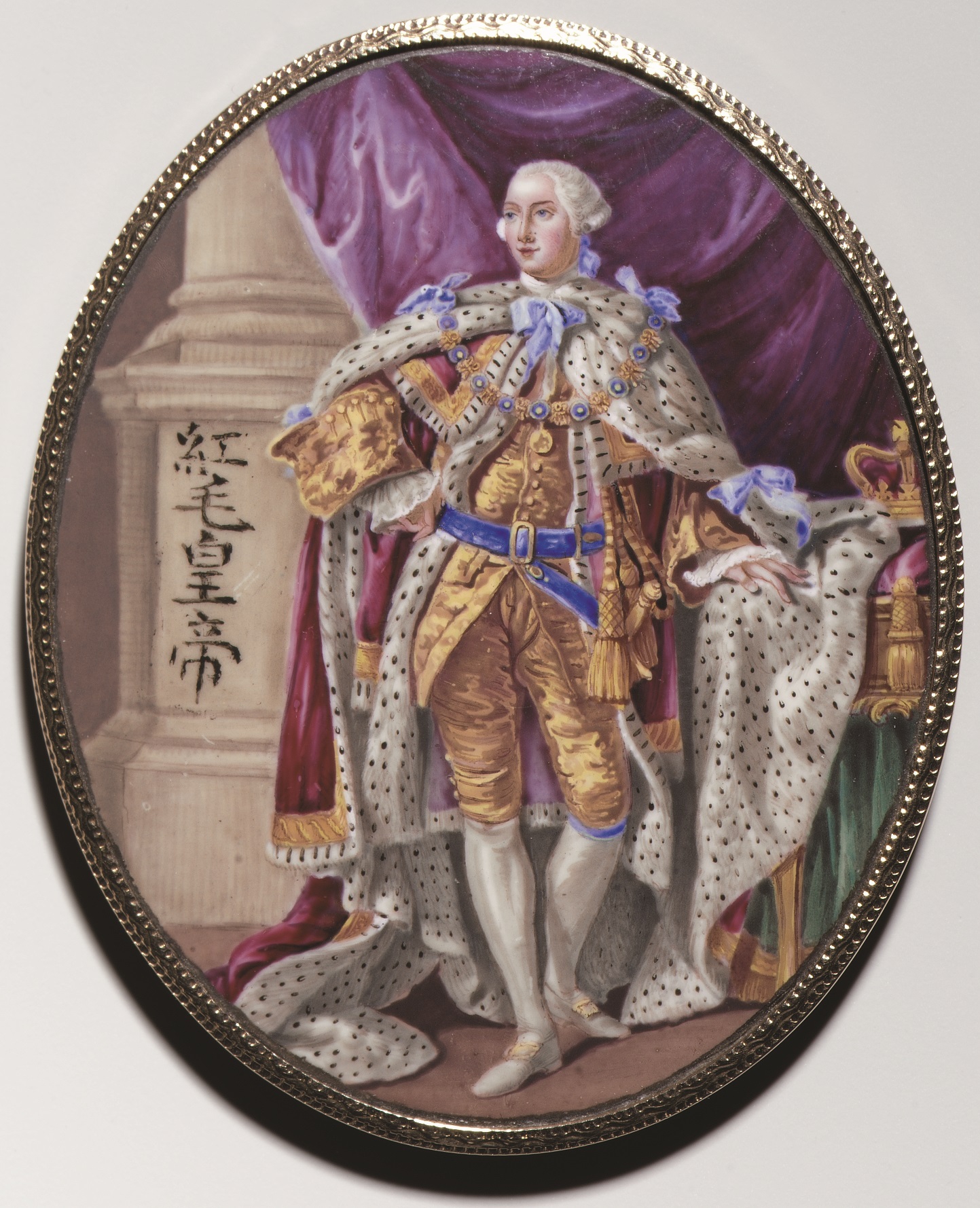 The composition is based on Allan Ramsay’s portrait of King George III in coronation robes, completed in 1762. Horace Walpole noted that it was “painted exactly from the very robes which the king wore at his coronation. The gold stuff and ermine are highly finished; rather too much, for the head does not come out so much as it ought.” Many replicas were made. The present enamel is a faithful copy of the Ramsay portrait, except that the colours for the robes and table drape, respectively blue and crimson in the original, have been transposed. Chinese characters inscribed in rather tentative strokes on the plinth of the column may be translated ‘king of the red hairs’. The unwitting linking of a pejorative term used by the Chinese for the English with the image of their monarch was unfortunate, as it is likely that the miniature – most probably mounted on a snuff box – was intended as a diplomatic gift, possibly connected to the Macartney embassy of 1793.