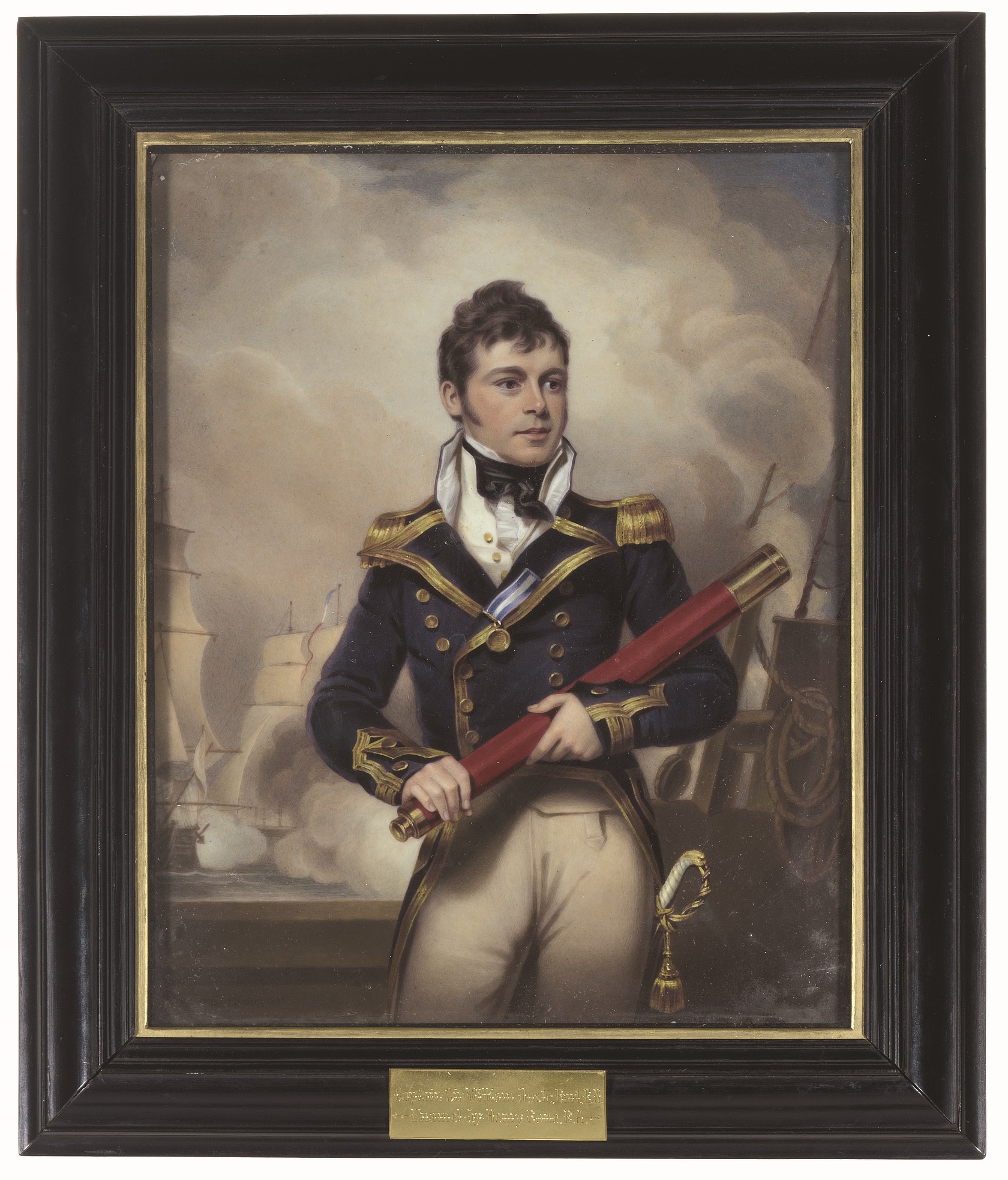 Captain Sir William Hoste, RN, Bt, KCB (1780-1828), entered the navy in 1793 under the special care of Nelson, who described him as “without exception one of the finest boys I ever met with”. Throughout his career he was posted in the Mediterranean and Adriatic seas, amassing a fortune in excess of £60,000 through the capture of Italian and local merchant ships along the Dalmatian coast. Promoted to the rank of captain in 1802, he was created a baronet in 1814; he married Lady Harriet Walpole, third daughter of Horatio, 2nd Earl of Orford, in 1817. This enamel was presumably commissioned as a commemorative work following the sitter’s death. The composition, taken after a portrait by an unknown artist, was also engraved and published by William Greatbach in 1833.

Exhibited: Royal Academy. London, 1830, no. 463
Extensively inscribed on the reverse.