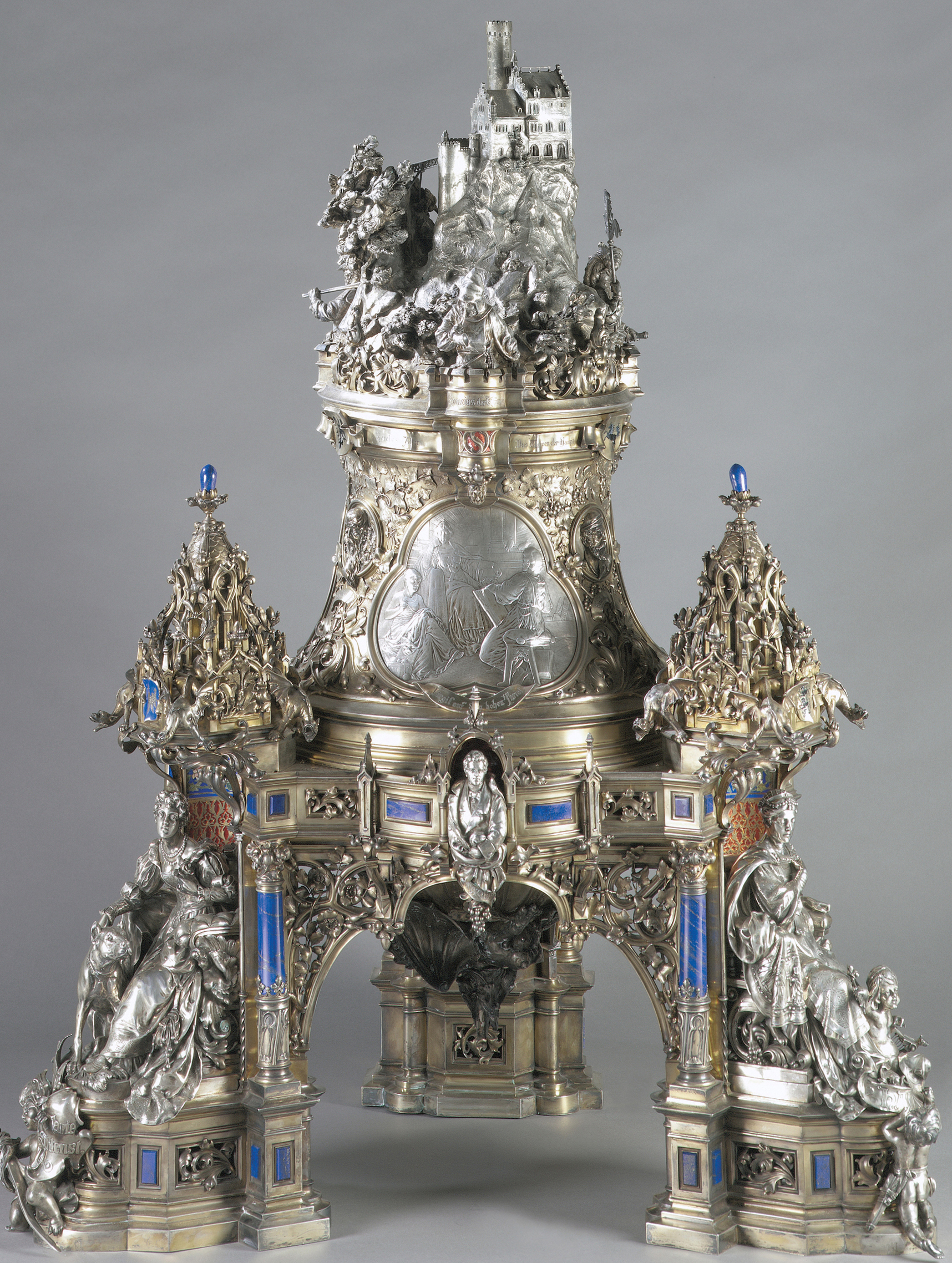 Karl Seeger and Georg Peter Bruckmann founded the firm Seeger & Bruckmann in Heilbronn in 1805. Upon Seeger’s death in 1814 the name was changed to P. Bruckmann & Comp. Following the death of Bruckmann in 1850 it became P. Bruckmann & Söhne, the name under which the firm operated until it closed in 1973. By the end of the 19th century it had a workforce of 650 and an annual turnover of three million marks. As befitted a manufacturer of such prominence, the firm participated in several international exhibitions including Vienna (1873), Paris (1900) and Brussels (1910).

The Schwabenkessel was the centerpiece of Bruckmann’s display at the Stuttgart exhibition of 1896 and was illustrated in the official catalogue. It was designed by Peter Bruckmann junior (1867-1937), who had taken charge of the firm’s workshops in 1886, having previously spent three years studying at the school of arts and crafts in Munich. The modeling of the piece was the work of Adolph Amberg (1874-1913). Amberg had been employed by the firm in 1892 and specialized in sculpture. He subsequently made models for the Royal Prussian Porcelain Manufactory. The element of colour was introduced into the composition by the judicious use of enamel and lapis lazuli.

Described in the catalogue as being of ‘late Gothic form’, the cistern is surmounted by a model of Berg Lichtenstein, a Gothic Revival castle designed by Carl Alexander Heideloff in 1837 for Wilhelm Graf von Württemberg, later Duke of Urach. In the niches of the three piers sit figures from Swabian history and fable: Hadwig, Käthchen von Heilbronn, and Marie von Lichtenstein. The iconography of the work highlights the important role literature played in 19th-century German historical revivalism. The cistern’s monumental size and weight were fitting for a firm that at the same time worked 30,000 kilos of silver per annum.