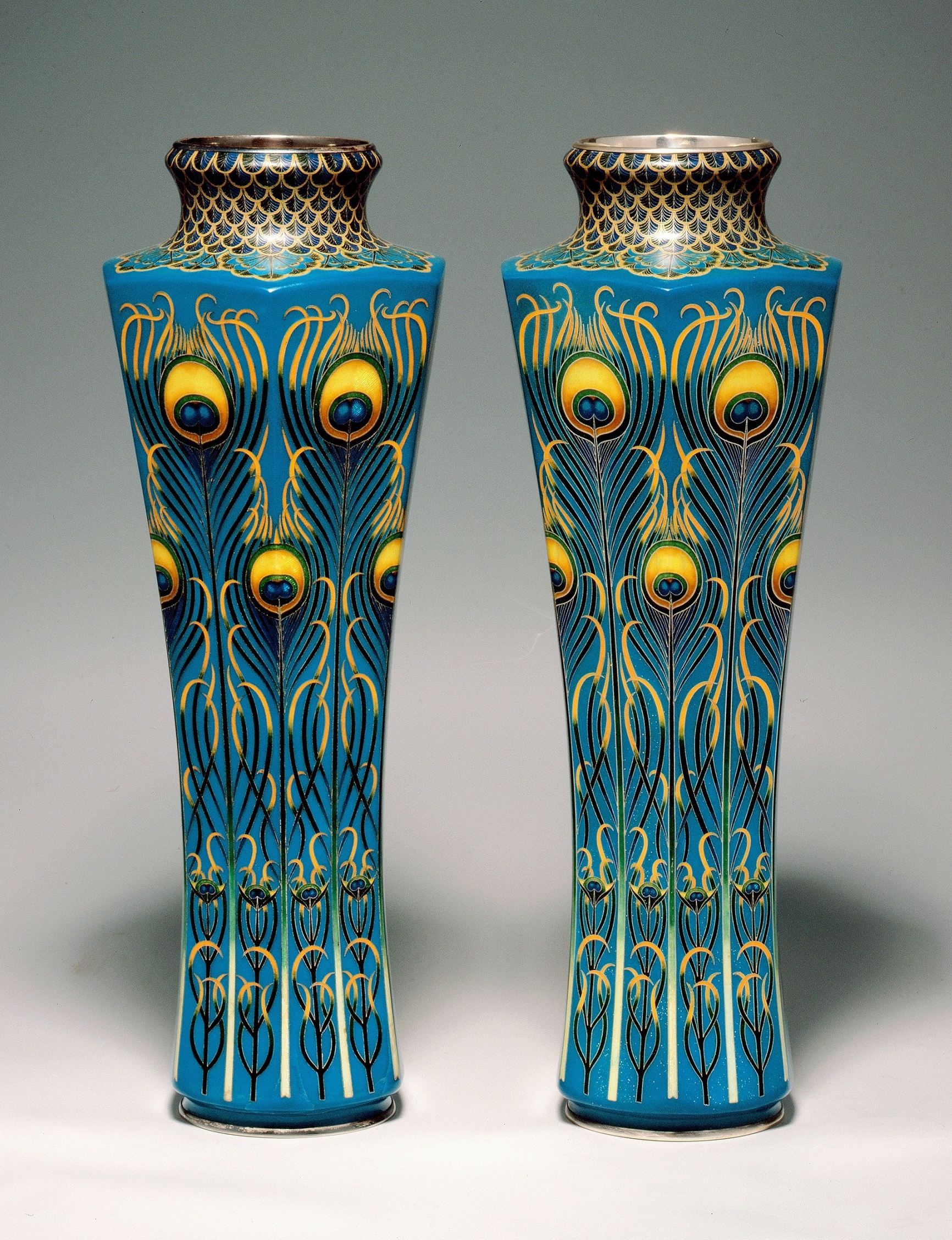 In his article on Japanese cloisonné enamels, published in The Studio in June 1911, Harada Jiro illustrates a vase by Kawade Shibataro with almost identical decoration, but differing in form from the present examples in having an indented enamel foot ring. Another version, without an indented foot ring, is in the Ando collection.

The choice of the peacock feather motif, rendered with sinuous stylisation against a vivid turquoise ground, is distinctly reminiscent of European Art Nouveau. With an eye constantly focused on the export market, the Japanese cloisonné artists endeavoured to produce what they believed would appeal to western collectors, rather than creating works that corresponded to their own aesthetic. At times this led to errors of judgement, such as at the Paris Exposition Universelle of 1900, when their decorative excess that had found wide favour in the previous decades was lambasted by the critics. No doubt it was in response to these attacks that the Japanese enamellers were so quick to absorb the movement that had received such wholehearted affirmation at the same exhibition.

The existence of other versions of this vase provides evidence that Japanese enamellers, when they created a successful design, manufactured in multiples.