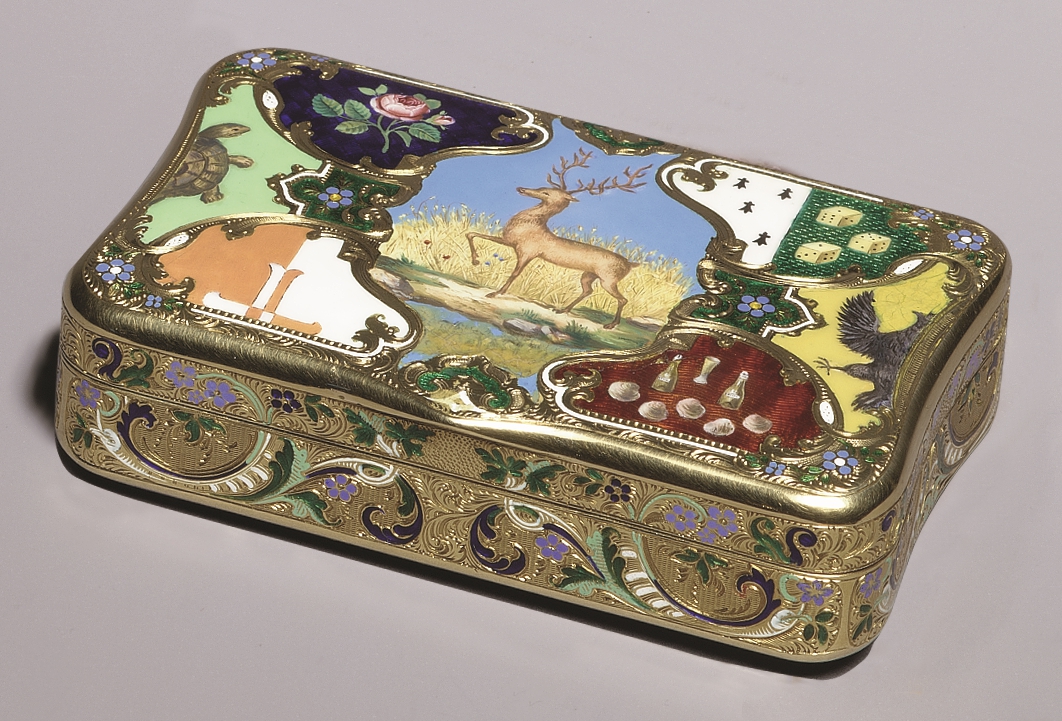 Charles Louis, elder son of the bijoutier Aléxandre Magnin and his wife Fanély Gentil, was born in Geneva at 6 a.m. on 26 July 1810. When Aléxandre died at the early age of forty-four in 1830, his widow and young son continued his business at 45 rue Jean-Jacques Rousseau; five years later Charles took over complete control. He is recorded as working at various addresses until 1876, and from 1851, unusually at that late date, is described in the directories as specialising in tabatières d’or.

The decoration of this snuff box is conceived as a personal souvenir. Sections of the lid are painted with armorial elements together with a stag, emblematic of hunting, and oysters and champagne bottles, of eating and drinking. The base, representing gaming, is enamelled as a nine of diamonds, with three of the diamonds containing painted monograms.