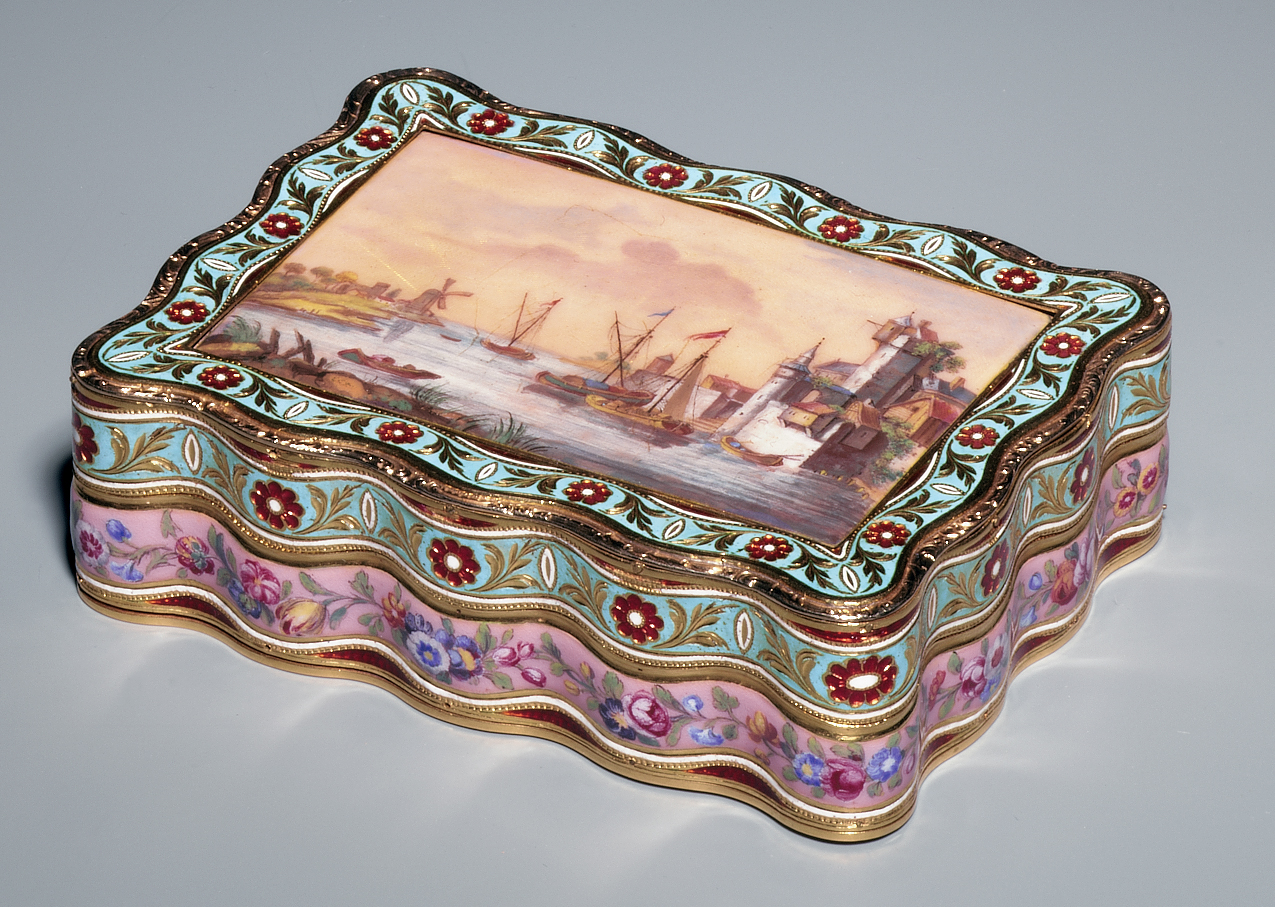 The inner surface of the lid is set with a miniature of Sultan Mahmud II (1785-1839). Ascending the throne of the Ottoman Empire in 1808, Mahmud II was a progressive ruler: education and the advancement of technology were encouraged. However, in spite of military reforms, both Greece and Egypt were virtually lost to the Empire during his reign. Mahmud II was responsible for the introduction of western dress to Turkey. It is therefore appropriate that the sultan is depicted wearing a uniform of European cut; the jeweled pendant suspended from his collar is also an allusion to European forms of official decoration. In 1831, in furtherance of this conviction, Mahmud II founded an equivalent for the Ottoman Empire, the Order of Nişan-I Iftihar.

This snuff box, with its undulating sides and distinctive combinations of colour and painted decoration, is typical of the work produced in Geneva for the Ottoman market. Certain features, however, distinguish it from much of the production. While many snuff boxes of this type were light in weight, this box is notable heavy. Further, unusually, the inside rims are enameled. Finally, the anonymous maker of this box has sought to increase its prestige by adding spurious English marks, including those of the London goldsmiths John Ray & James Montague.

The incorporation of the Sultan’s portrait in the lid draws this snuff box into the corpus of boîtes à portrait, which, since the 18th century, European rulers had presented to select recipients. This is yet another example of Mahmud II’s adoption of European custom.