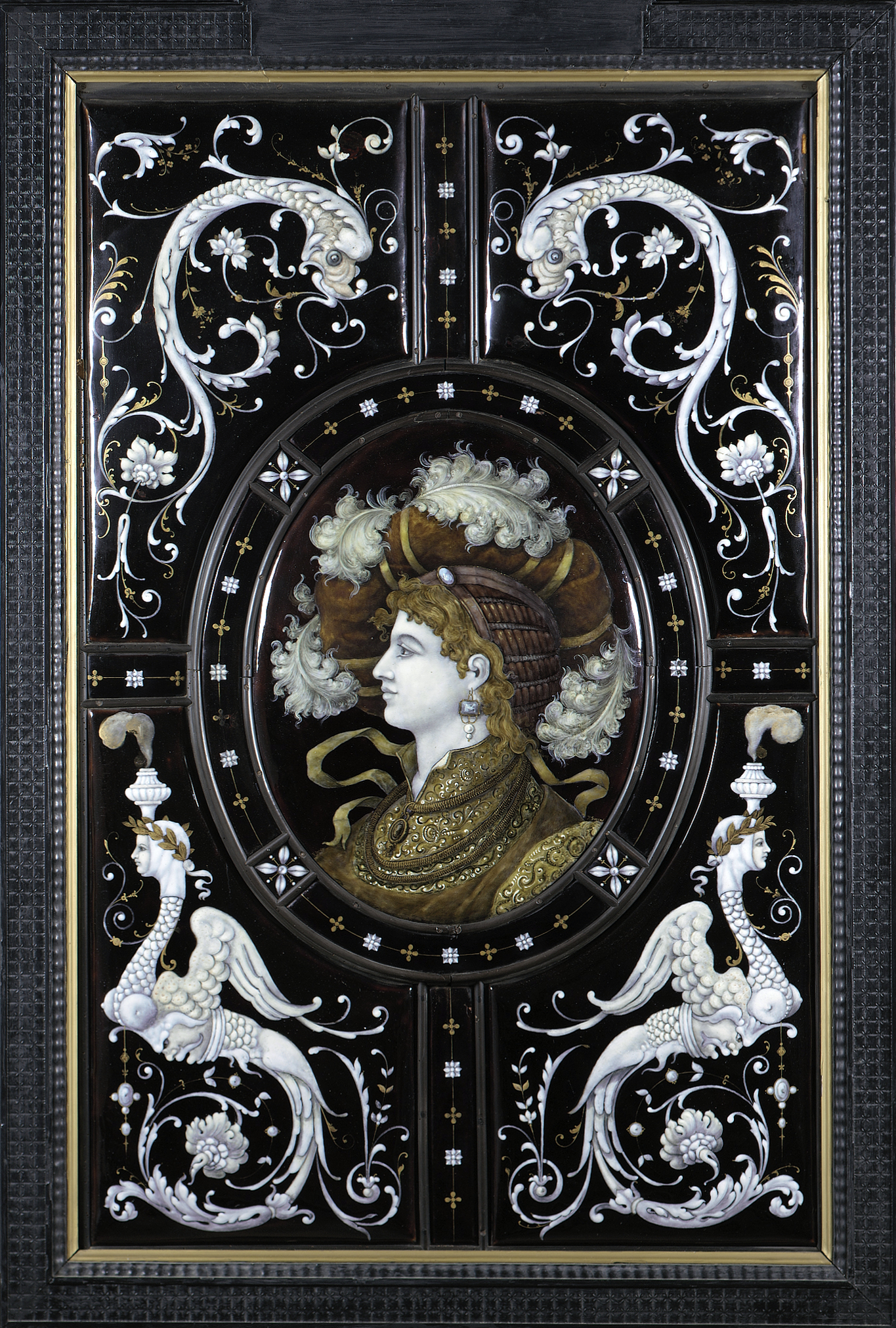 Paul Soyer (1832-1903) trained as a metalworker in Paris in the 1850s, but soon turned his attention to the revival of Limoges enamelling techniques pioneered by Meyer-Heine at Sèvres. In 1861, he opened an atelier for enamelling and print-engraving in the rue Mauconseil, but was soon to move to larger premises at 4 bis rue Saint-Sauveur, supplying all types of enamelling from small details for use in jewellery to vast plaques like the present example. Soyer’s preferred technique, however, remained the painted and gilt en grisaille Limoges-type enamels favoured by his mentor, Claudius Popelin. Both on his own and in conjunction with goldsmiths such as Baugrand and Charles Duron, with whom he collaborated on copies of the works of art in the Galérie d’Apollon, Soyer exhibited at the major international exhibitions of the later 19th century, winning a bronze medal in Paris in 1867 for work on a clock shown by Baugrand and a gold medal in 1878. In 1889 he was a member of the Jury and was rewarded with the Légion d’honneur, despite criticism from Lucien Falize that his enterprise had turned into a factory. His son Théophile (1853-1940), who joined the business in 1870, participated in the Paris Salons from that date until 1885.