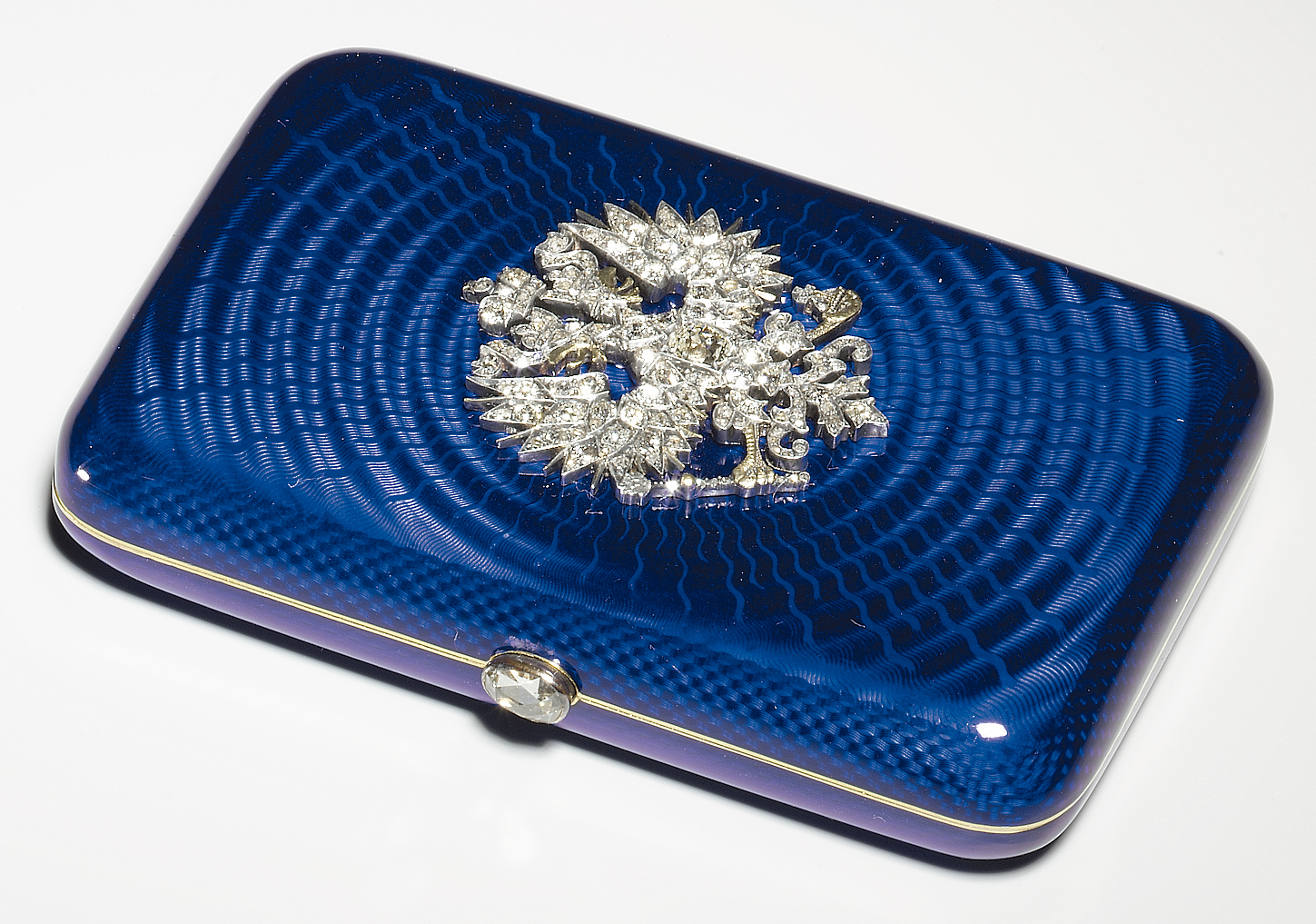 The Austrian-born Karl August Hahn (1836-99) founded the firm of Hahn in St. Petersburg in 1873 and became an important supplier to the imperial court. Following the firm’s creation of a replica of the ‘small crown of the Empress’, for the Empress Alexandra Feodorovna at the coronation in 1896, he was appointed ‘Appraiser to the Cabinet’. Among the work produced for the Cabinet were presentation snuff boxes and cigarette cases, ordered for the imperial family as tokens of favour and gratitude. The most prestigious were boîtes à portrait, followed by boîtes à chiffre and boxes set with the imperial eagle. Many of these were made by the workmaster Carl Carlovich Blank, who worked for the firm between 1882 and 1911, when it closed because of financial difficulties and the death of Dmitri, Karl’s son and heir. Thereafter Blank, who had been born in Helsingfors, continued to work as an independent master until the Revolution, following which he returned to Finland.

It is apposite that the imperial eagle mounted on this cigarette case should be richly set with diamonds as by the end of the 19th century Hahn, and by default Blank, had become the major manufacturer of jewelled presentation orders and decorations. Although a presentation cigarette case did not have the same connotations of honour as a snuff box, its adoption was in keeping with contemporary usage, as the fashion for smoking had replaced that of snuff-taking.