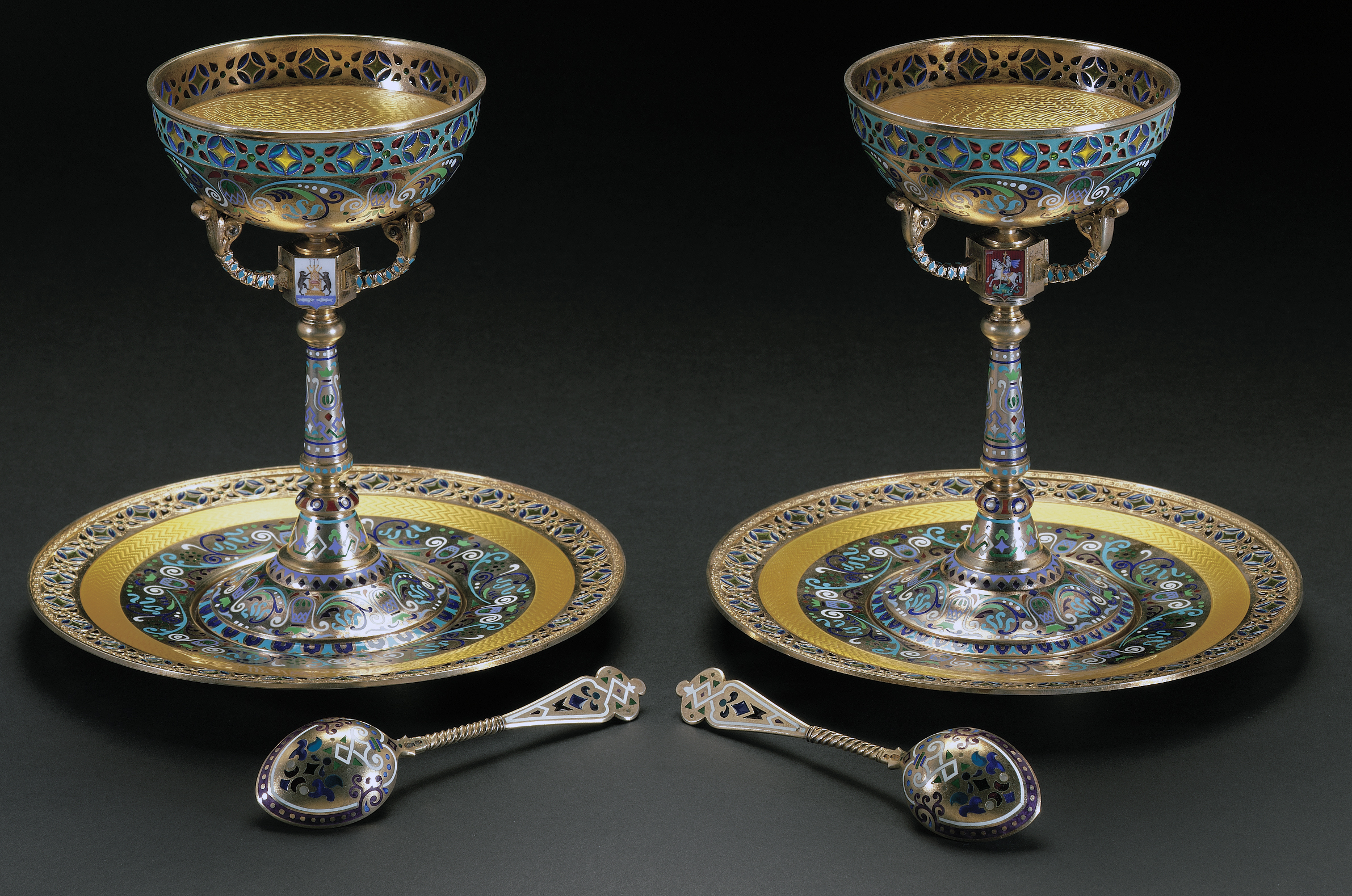 Pair of Sherbert Cups and Stands

Pair of Sherbert Cups and Stands

The stems of the cups are decorated with the arms of Moscow, Novgorod and Kazan.

Ivan Petrovich Khlebnikov founded his firm in St. Petersburg in 1867; four years later it was transferred to Moscow, where it continued until the Revolution. As a supplier to the court, it received the imperial Warrant in 1875. The firm’s earliest work enamelwork was in champlevé, using a limited number of colours with a predominance of blue. Subsequently, in tandem with other Moscow silversmiths, it progressed to pastel-toned filigree enamel. At the beginning of the 20th century the firm was particularly noted for combining various enamelling techniques on a single object, as on these cups.