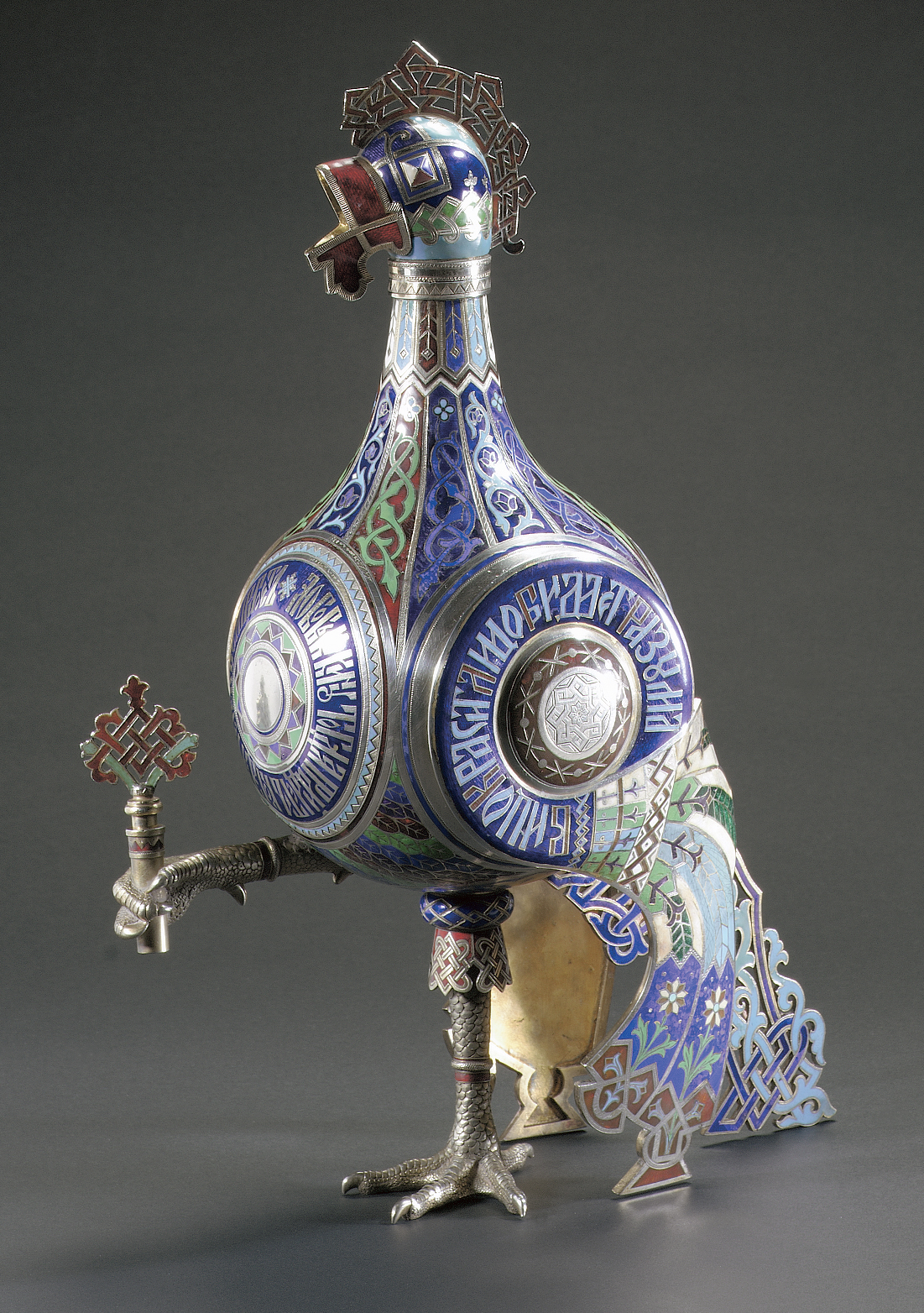 Alexander Nikolayevich Sokolov established a workshop for silver and bronze in St. Petersburg in 1858. He appears to have specialized in eye-catching pieces, such as this cistern, where the decorative form might at first sight initially veil the practical function.

A cistern of similar stylized cockerel form, but with more elongated wing feathers and crest, by the firm of Ivan Khlebnikov, is in the collection of the State History Museum, in Moscow.

In both instances the source of inspiration may have been the parcel-gilt silver covered cup (kubok) of the Grand Prince Ivan Vassil’yevich, illustrated in Drevnosti Rossiiskago gosudarstva (‘Antiquities of the Russian State’), published in Moscow between 1849 and 1853. The origins of this influential work date to 1830, when Aleksei Olenin, President of the Academy of Arts in St. Petersburg, sent the artist Fedor Solntsev to Moscow and its environs to draw secular and ecclesiastical objects of the pre-Petrine era. The Emperor Nicholas I financed the publication of the project and commissioned the accompanying text, written by Count Stroganov. These volumes provided an invaluable source of reference for silversmiths interested in Russian design and ornament prior to the changes that brought by a consequence of the westernizing policies of Peter the Great.

In late 19th century St. Petersburg the ‘cockerel style’ was a derogatory term for describing the decorative arts then being produced in Moscow. It alluded to the Muscovites’ adoption of stylized bird motifs, often derived from folk art, and expressed distaste for the vibrant, even jarring, colours used by the Moscow enamellers.