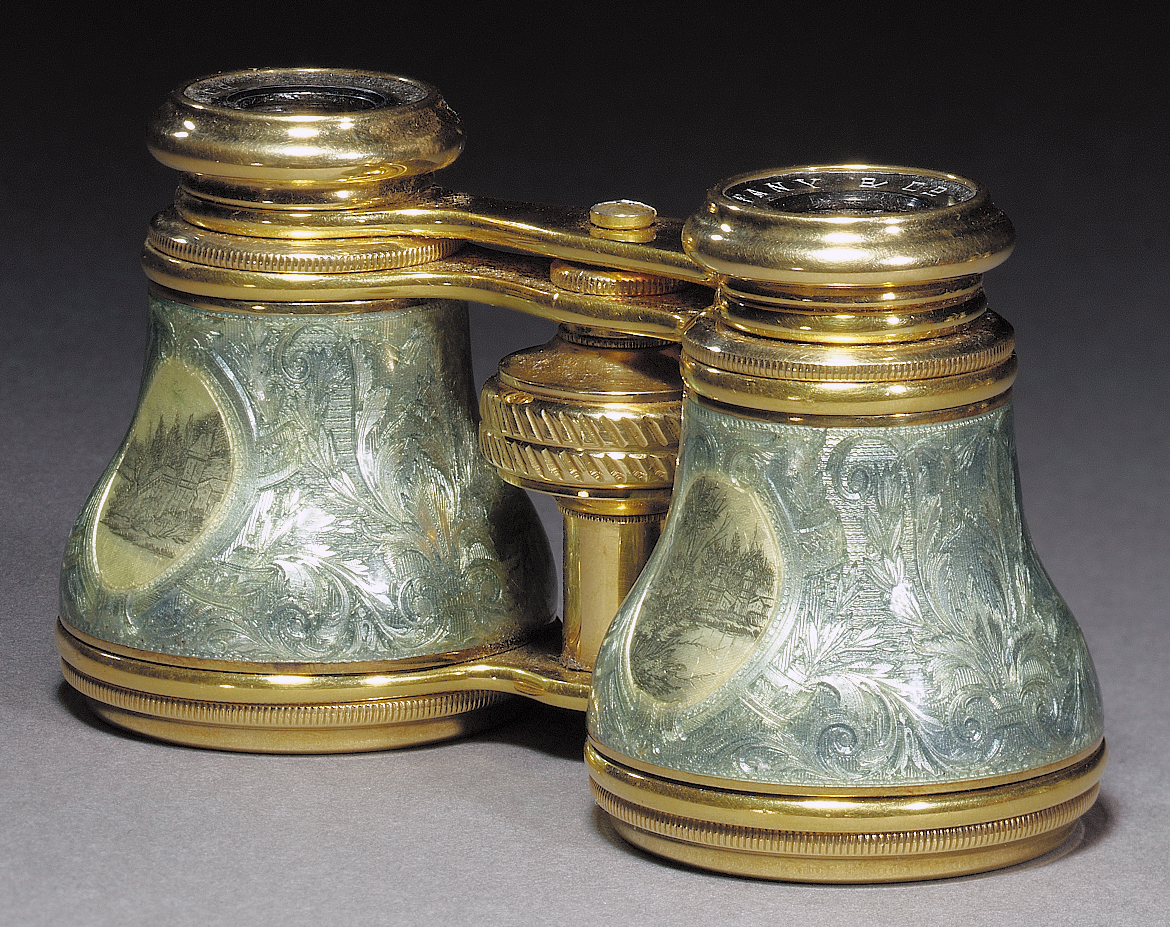 From the mid 19th century it became fashionable to use small binoculars, renamed ‘opera glasses’ for the purpose, at the theatre. Parisian opticians such as Lemaire and Chevalier, along with many others based in the area around the Palais Royal, produced them in large quantities, for sale at home and abroad. Almost invariably made of base metal, some of the barrels of the opera glasses were enriched with enamel. Combinations of translucent, opaque and painted enamels, at times further adorned with paillons and beading, were used to create a great variety of effect.

Tiffany, like other enterprising and fashionable emporia, supplemented the stock they produced themselves with carefully selected material from other sources. This was especially prudent when the items came with a pre-established reputation: such was the case with French opera glasses and Russian filigree enamel, both of which Tiffany sold in quantity.

Although the company was only acting as retailer, the name of Tiffany was, if possible, engraved on the work, thereby providing an endorsement for those of their clients who enjoyed the reassurance of the firm’s reputation.