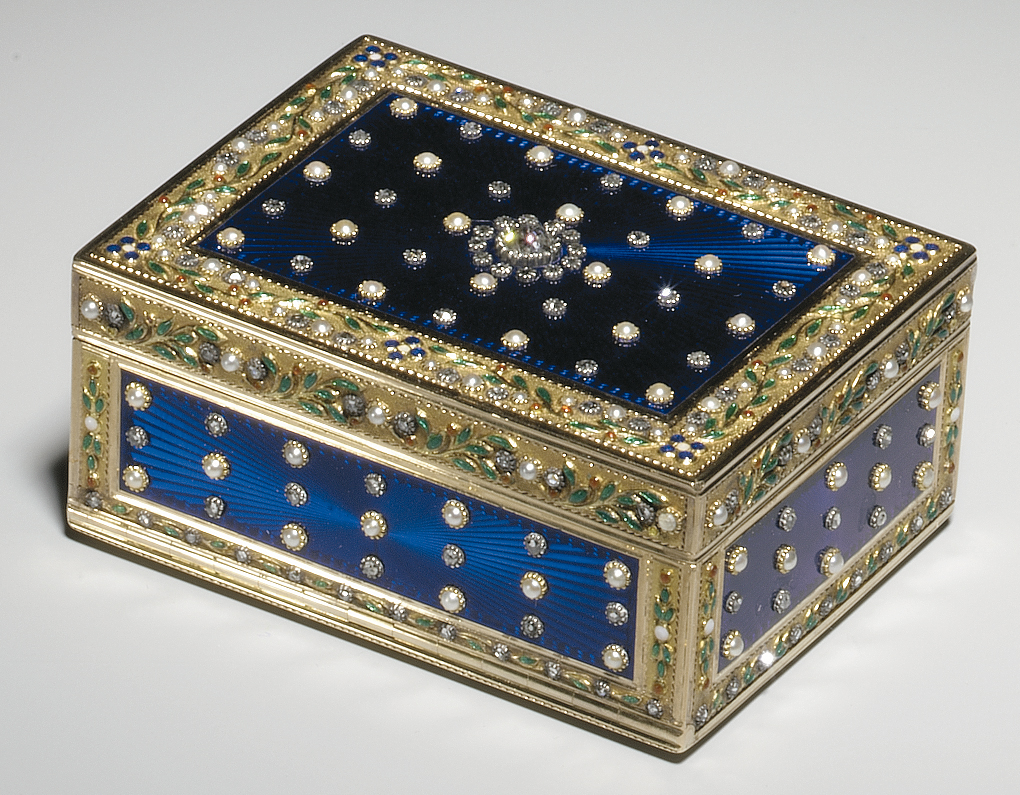 Adrien-Jean-Maximillian Vachette became a master in July 1779, having served an eight-year apprenticeship under his sponsor, Pierre- François Drais, bijoutier du roi. Throughout his long career – he died in 1839 – Vachette made a great variety of snuff boxes in which creativity of design was combined with excellence of quality. As an apprentice of Drais, and later a collaborator of Charles Ouizille, Vachette represented the continuation of the distinguished tradition of Parisian goldsmiths into the 19th century. Thereafter, the succession passed to Jean-Valentin Morel, an apprentice of Vachette (see FR 444).

The restrained luxury of this boîte à mouches has been achieved by the well-judged relationship between the basic adornment of blue enamel and the detailed embellishment of gems and chasing, the simplicity of the former holding the profusion of the latter in check.

The use of beauty spots – usually made from silk – was fashionable throughout Europe during the 18th century, nowhere more so than in Venice. There the spots were named according to their position on the face. Thus, that on the chin was a galante, while an appassionata was located on the corner of the eye, a coquette above the lip and an assassina on the corner of the mouth. Boxes specifically intended to hold the silk patches were certainly in use by 1723, the date a petite boete à mouche de vermeil was listed in the inventory of property belonging to the recently deceased enameller Jean-Pierre Huaut.