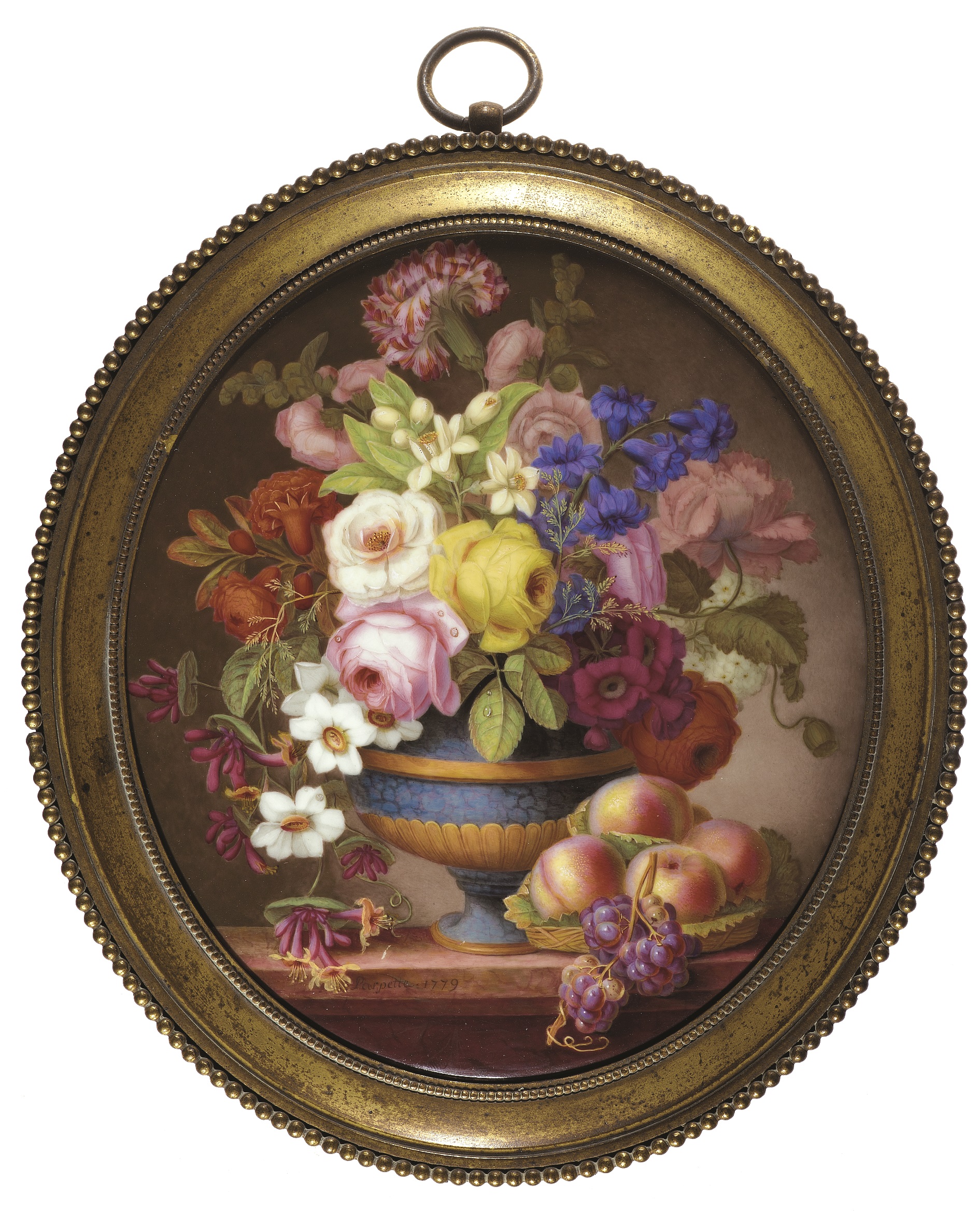 Miniature of a Still Life

Miniature of a Still Life

Philippe Parpette (1736 – circa 1808), a pupil and then painter at the Chantilly porcelain manufactory, moved in 1755 to Vincennes and stayed there for two years. In 1773 he returned to the manufactory, relocated at Sèvres, where he became one of its principal flower painters. Thereafter he was paid for piecework, except for the period 1780 to 1786, when he was on the payroll. Parpette was also a gilder and he pioneered the use of ‘jewelled’ decoration on porcelain. The invention of this technique, whereby the glazed porcelain was decorated with applied gold foil picked out with raised enamel and then re-fired, was also claimed by the enameller Joseph Coteau. Certainly in the early 1780s both were specialising in this form of decoration at Sèvres.

Parpette’s work as an enameller, apparently undocumented, may only be assessed by a few surviving signed examples. A snuff box in the Louvre, with the Paris date letter ‘Z’ for 1763-64 and the enamel decoration signed ‘Parpette’, has painted still lifes that show an already accomplished hand. The masterly execution of an enamel plaque, signed and dated 1773, justifies his elevation to the first rank of painters at the manufactory he had rejoined in the same year. The present slightly large example, painted six years later, reveals further refinements in the rendering of texture and surface.

Parpette’s compositions reflect the most fashionable taste in still-life painting of the period, as exemplified in the works by Anne Vallayer-Coster and Gerardus van Spaendonck exhibited at the Salon. Indeed Parpette used a miniature by Corneille van Spaendonck, brother of Gerardus, as the source for a porcelain plaque painted circa 1795. As well as painting on enamel and porcelain, Parpette worked in oil, as witness a pair of still lifes dated 1768.