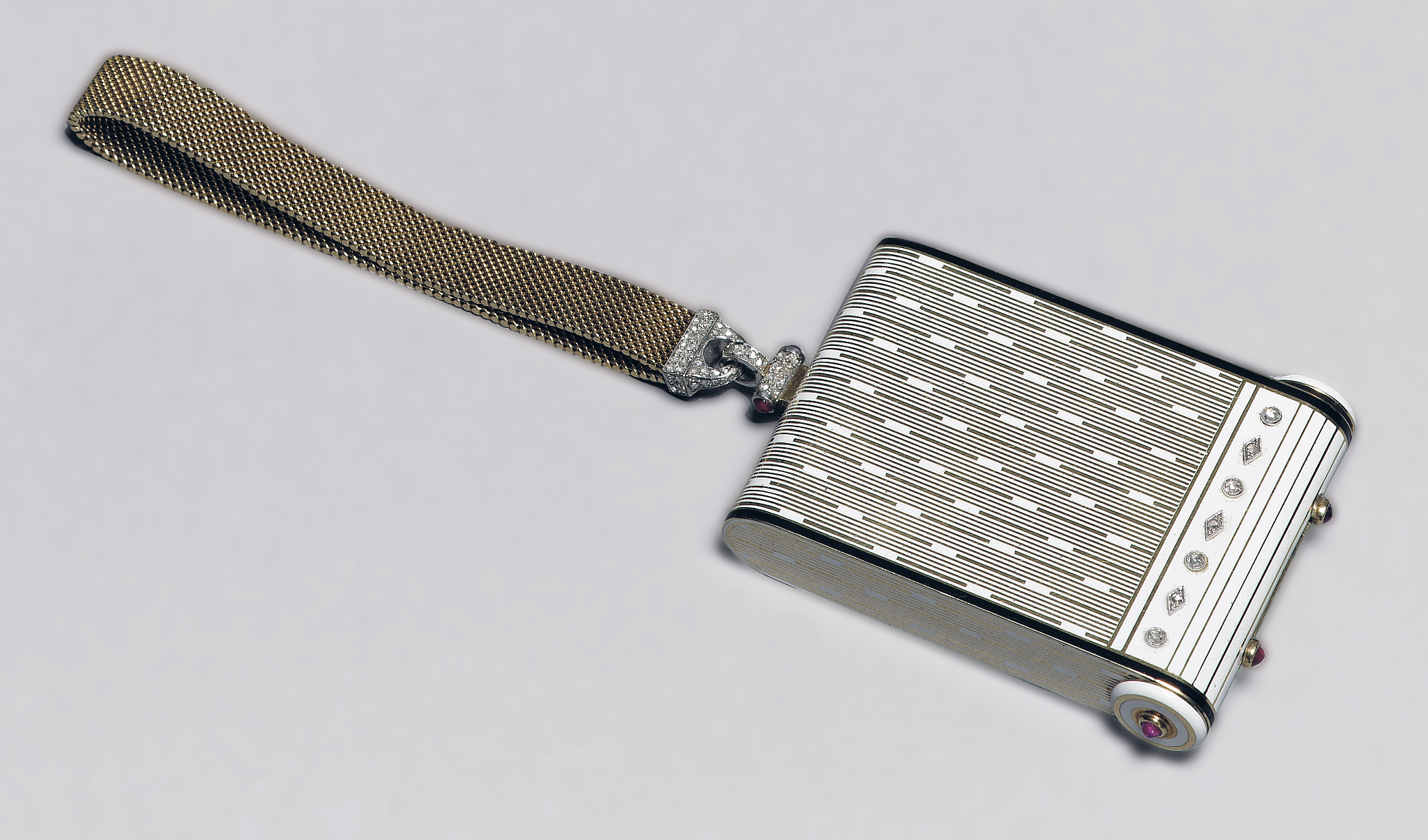 Cartier opened its New York branch in 1909, to cater for the American millionaires who, from the outset, formed a significant part of its clientele. Initially with premises at 712 Fifth Avenue, the firm moved in 1917 to its present location, the Morton Plant mansion at 653 Fifth Avenue. At about the same date the New York branch opened its own workshop, staffed by a predominantly French workforce. This was a new departure, as previously the firm had relied upon outside workshops, some of which operated exclusively for Cartier. The initials NY after the name of Cartier indicate that this vanity case was made in the New York workshop.