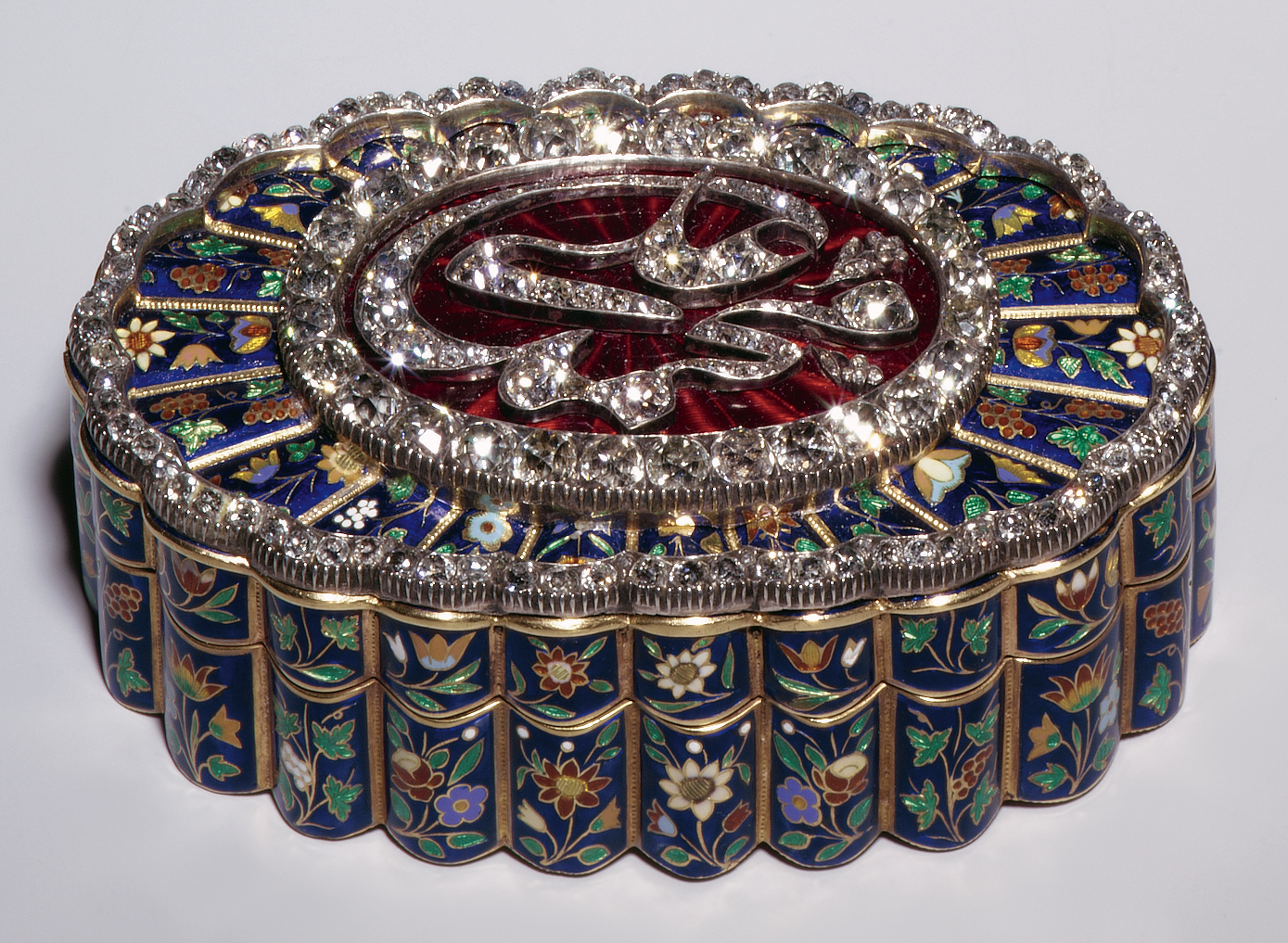 During the 18th century the brilliance and inventiveness of the Parisian goldsmiths determined what was fashionable; with isolated exceptions, the rest of Europe could only follow. By the early 19th century, however, this authority was challenged and, conversely, influence could sometimes pass in the opposite direction. Thus the scalloped sides of this Paris snuff box follow a form created in Geneva for the Ottoman market. Further, the lid interior is inset with a plaque depicting a ‘Bosphorus landscape’ that is evidently Genevois in origin. Nonetheless, the unremittingly high standards required of French goldsmiths manifest themselves in the details. The box is heavier than a standard Swiss equivalent and is made of higher-carat gold. While the enamel decoration of Swiss boxes made for export was usually painted, here the intricate floral motifs are executed in champlevé enamel, a more exacting and arduous technique.

The lid of this snuff box has been embellished, probably by an Ottoman craftsman, with diamond-set mounts incorporating the name Muhammad ‘Ali, for Muhammad ‘Ali Pasha, governor of Egypt from 1805 until 1848. Born around 1769 in Kavalla, in Greek Thrace, Muhammad ‘Ali was a member of the Ottoman-Albanian army sent by the Porte to Egypt to dislodge Napoleon’s forces who were occupying the country. There he maneuvered himself into a position of such power that the sultan was obliged to recognize him as governor and, further, he succeeded in establishing the hereditary rule of his family in Egypt. Muhammad ‘Ali understood that for the country to advance, western developments – ranging from education to finance and the military – had to be assimilated, and to achieve this end he employed a staff of European advisors.

The conspicuous opulence of this snuff box is expressing of the pride of a man who, from obscure origins, rose to become de facto ruler. Although the box was specifically decorated to appeal to the Ottoman market, it is likely that a greater part of its allure rested not in its fanciful orientalism but in its having originated in Europe, whence rulers like Muhammad ‘Ali were drawing new ideas about government.