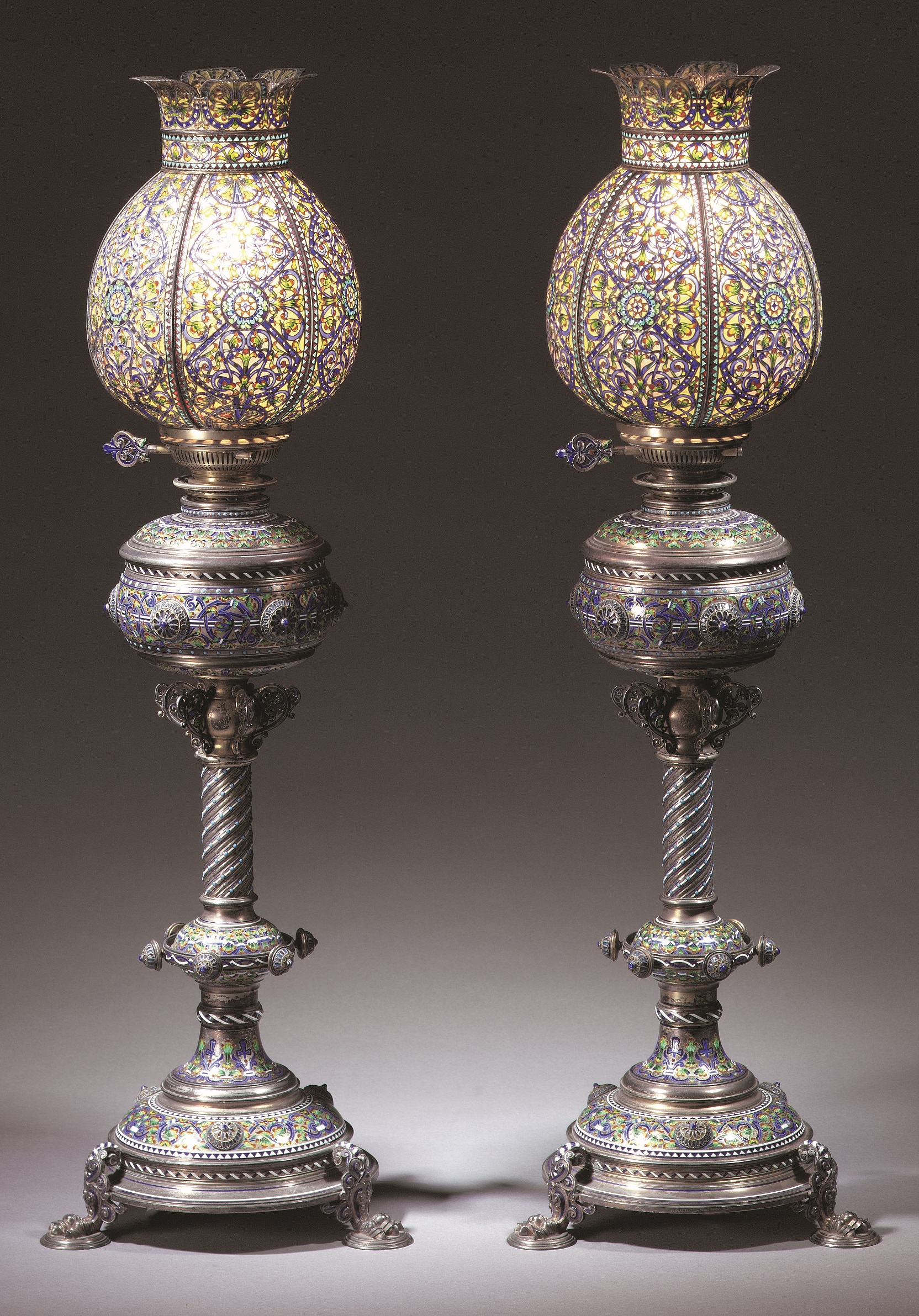 At the Chicago World’s Columbian Exposition in 1893 Henri Vever, the French commission reporter for class 24, noted on the stand of David Andersen one of the firm’s principal exhibits - the pair of table lamps shown here. Priced at 5,000 kroner each, the lamps had been designed by Johan Lund and made in 1892. At the time, the shades represented the most extensive use of plique à jour enamel in Norway. As showpieces of the firm’s work, the lamps were subsequently exhibited at the California Midwinter Exposition in San Francisco in 1894 and the Exposition Universelle in Paris in 1900.

The firm of David Andersen, founded in Oslo in 1876, together with Jacob Tostrup of Oslo and Marius Hammer of Bergen, were jewellers and silversmiths who specialised in plique à jour enamel and cloisonné enamel. While contemporary commentators were inclined to refer to their cloisonné as ‘Russian style’ – certainly a correct identification of the principal source of influence – their work in plique à jour was more individual and Norwegian in spirit. The Nordic element was frequently enhanced by its use for the decoration of objects the forms of which were derived from those of traditional folk art vessels.

At the time of the Chicago Exposition the firm of David Andersen had 120 workers, and the substantial display it mounted for the event was a reflection of the importance of America as its prime export market.