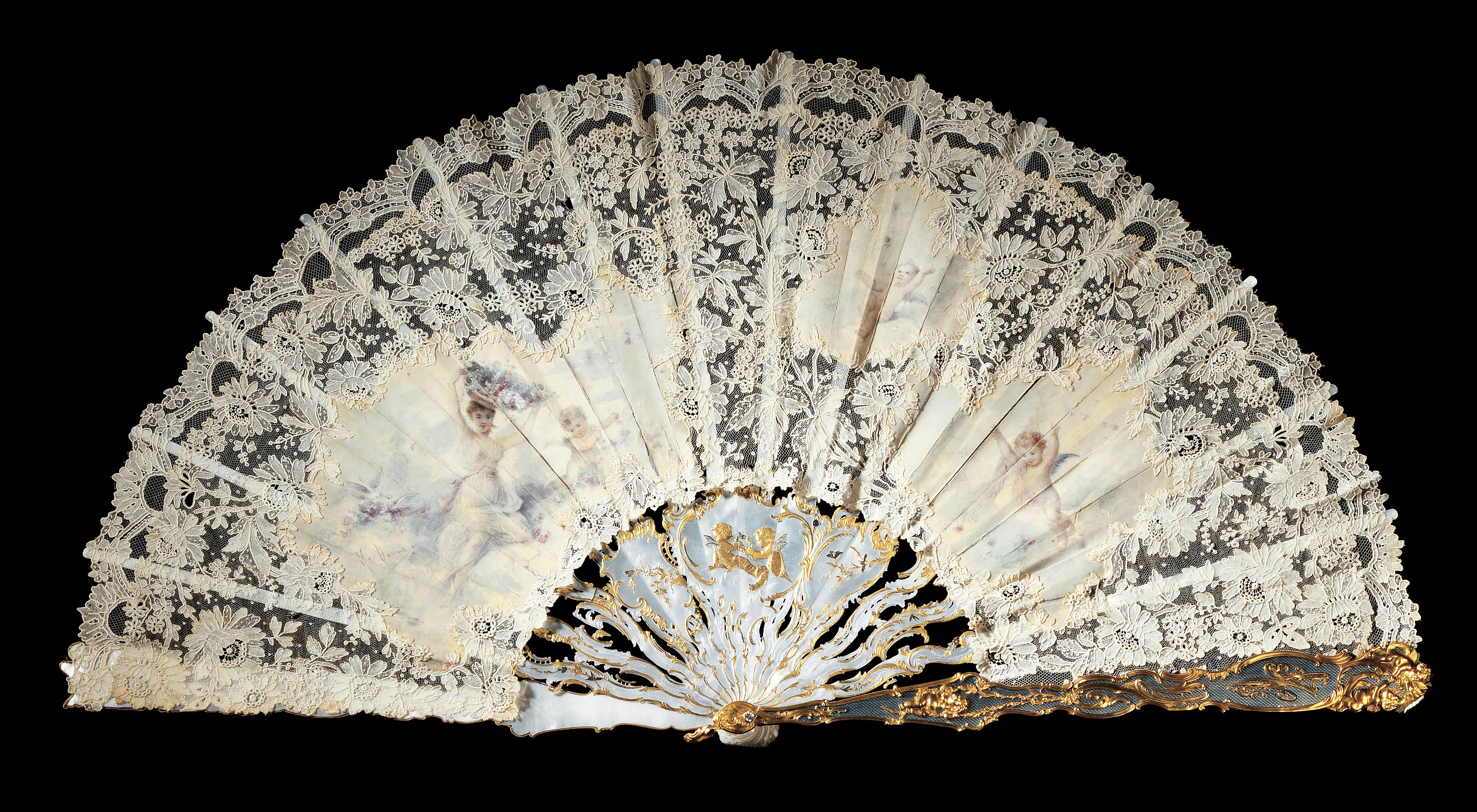 In the late 19th century  Paris was the leading centre for the manufacture of high-quality fans. Just as Fabergé added silver mounts to glass produced in France by Baccarat and Gallé, so the firm adapted imported fans for its own purposes. The original guards – generally made of the same material as the sticks – were removed and replaced by new silver-gilt or gold mounts, almost invariably enriched with enamel and jewels. Care was taken to ensure that the motifs appearing on the original leaf and sticks were echoed on the new guards. Thus, in this instance, the rocaille scrolls and frolicking amours are repeated in the gold mounts.

Marie Dumas, a miniaturist specialising in the painting of fan leaves, was employed by the leading Parisian fan-makers, including Kees and Duvelleroy. Another example of her work is in the collection of the Palace of Ostankino, near Moscow.