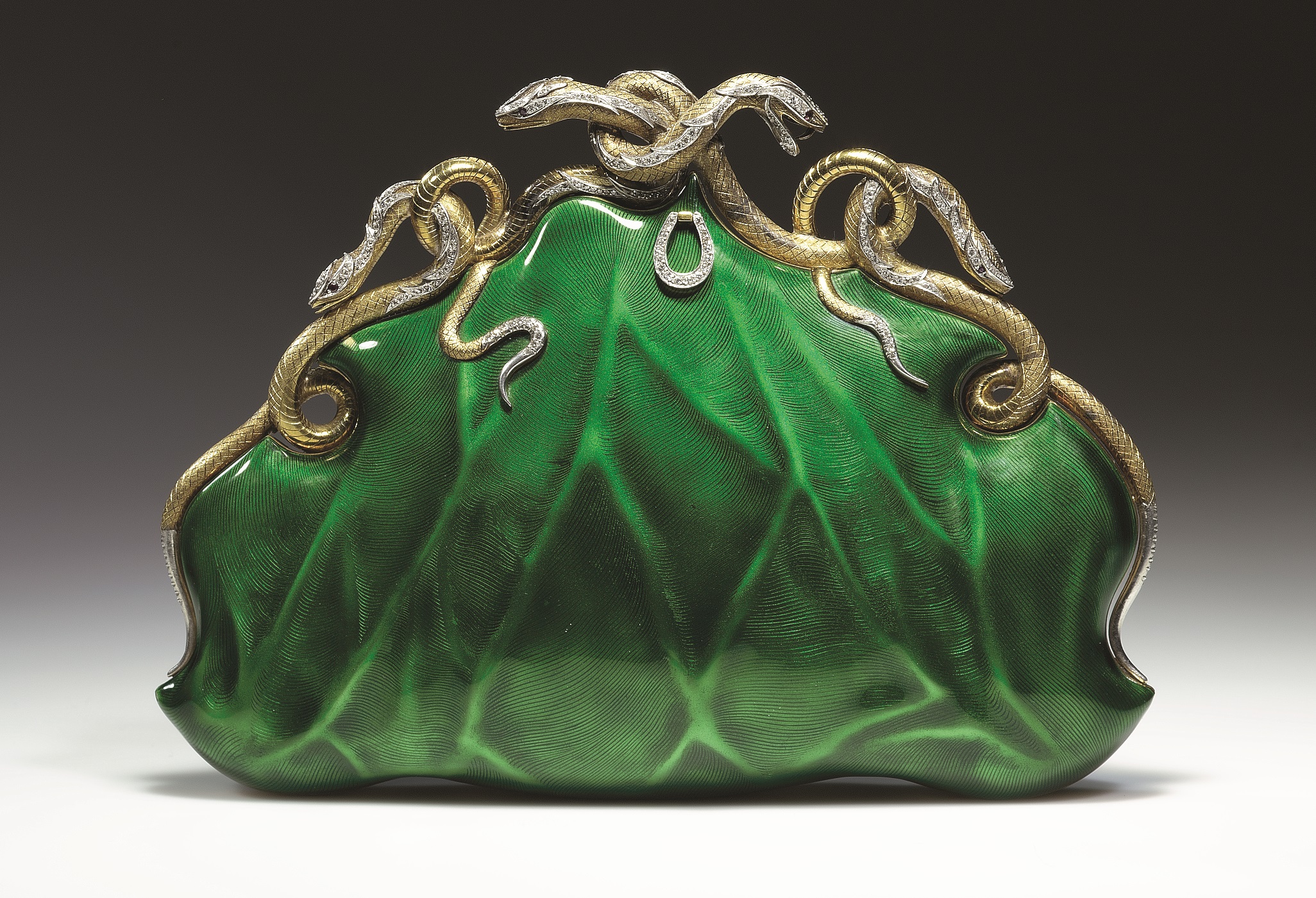 Aloisia Rucellai (1928-84) was the daughter of Admiral Paolo Aloisi and was known for making fanciful works from a variety of unusual materials. Having married the architect Nicolò Rucellai, Aloisia began to design jewellery for her friends, re-using stones taken from old and unfashionable settings. Frequently drawing upon the animal kingdom for inspiration, she occasionally introduced a surrealist undercurrent by means of surprise and juxtaposition. Enamel played a central role in these creations. Based in a studio in the Palazzo Rucellai in Florence, and making use of the skills of the city’s goldsmiths, she generally worked for private clients – her reputation spreading by word of mouth or through carefully planned shows. Ownership of one of her pieces implied membership of an exclusive club, which numbered many members of the Italian nobility, as well as international figures such as Baroness Denise Thyssen-Bornemisza and princess Dürrüşehvar, Princess of Berar.