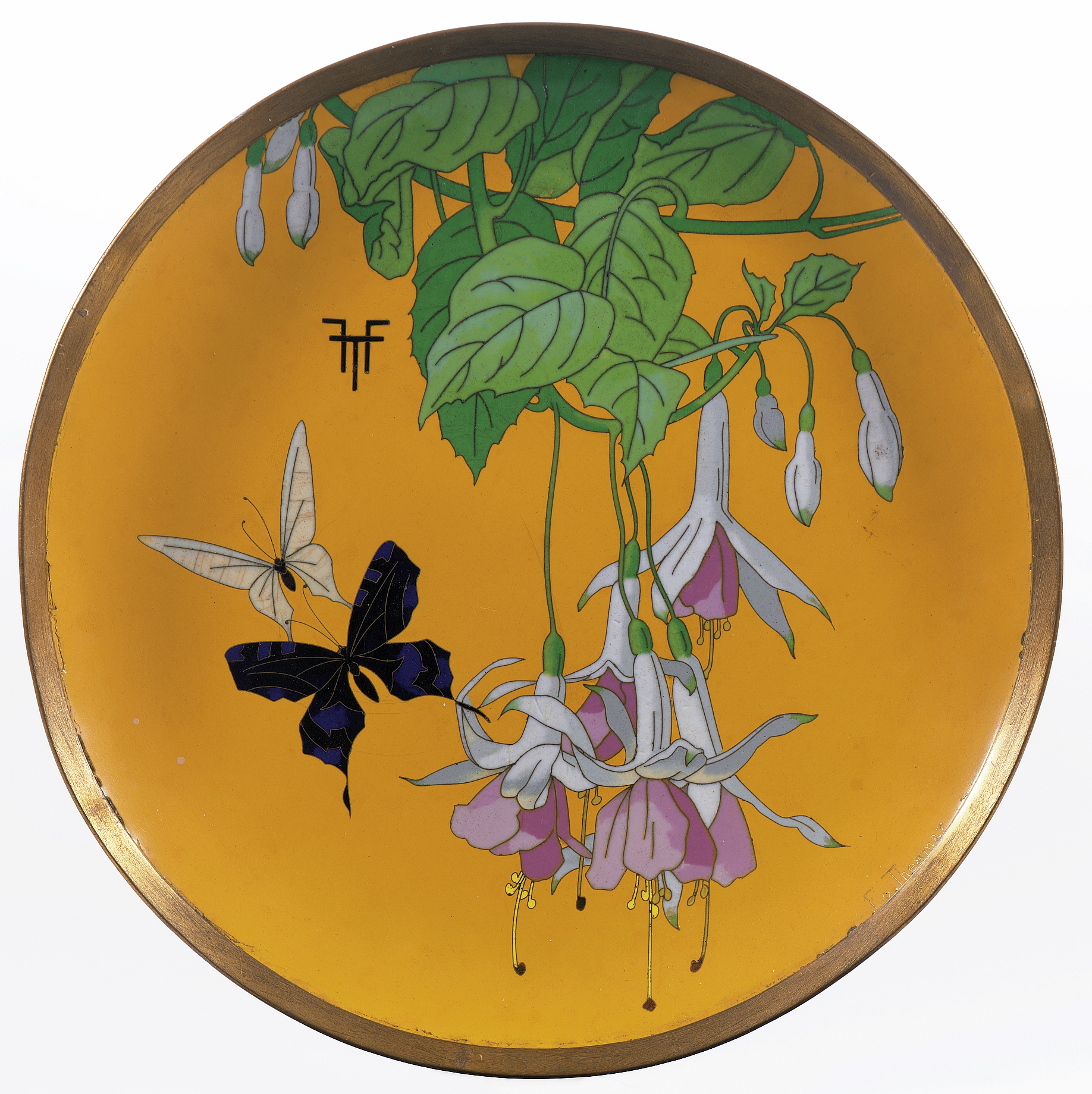 André Fernand Thesmar (1843-1912) trained as a painter under Victor Tournier and Emmanuel Genty, and made his debut at the Paris Salon in 1875. From 1872 he formed an association with the fondeur Ferdinand Barbedienne and eventually forsook painting for enamel. In his independent work he fused the technical knowledge gleaned from Barbedienne with a pictorial sensibility cultivated during his early training. The impact of the arts of Japan is evident in much of his work; however, when using cloisonné enamel he did not emulate the contemporary Japanese preference for very fine cloisons. Rather, he used the divisions as a means of emphasizing the two-dimensional pattern of his design.