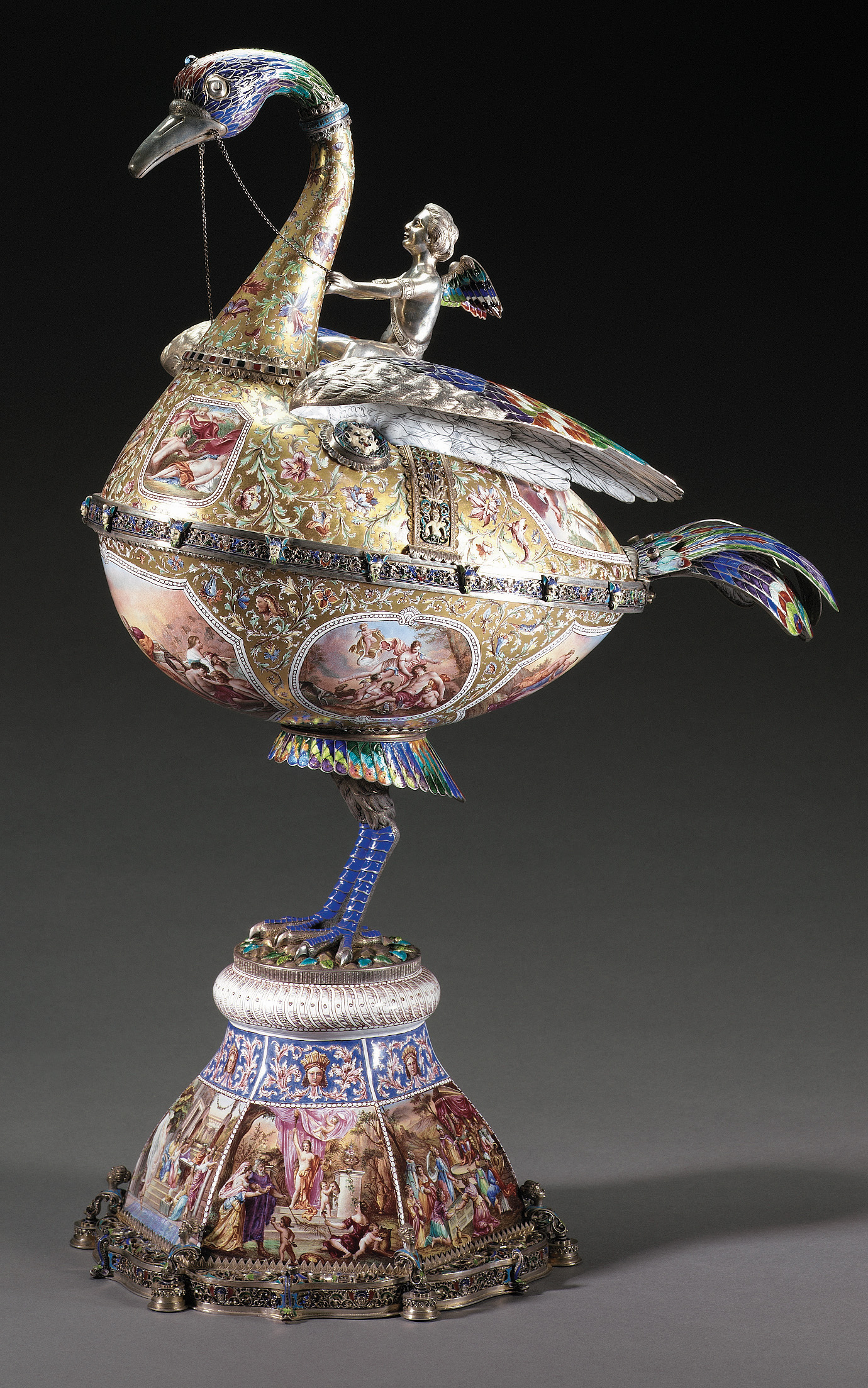 The economies made by the Viennese silversmiths in using pre-fabricated elements for the assembly of such eye-catching subjects extended to various aspects of their enamel decoration. Central to this was the development of a range of colours with a similar melting point that could be applied simultaneously, rather than successively, as had previously been the practice. This led to a reduction in the number of firings required, thereby both cutting costs and reducing the risk of spoiling the piece. At the same time an approximation of the sumptuous appearance of painted champlevé enamel was achieved by gilding the white enamel ground left undecorated by the painters – an effect clearly visible on the present piece. A further economy, seen here on the bird’s collar, was the use of enamel to simulate jewels.