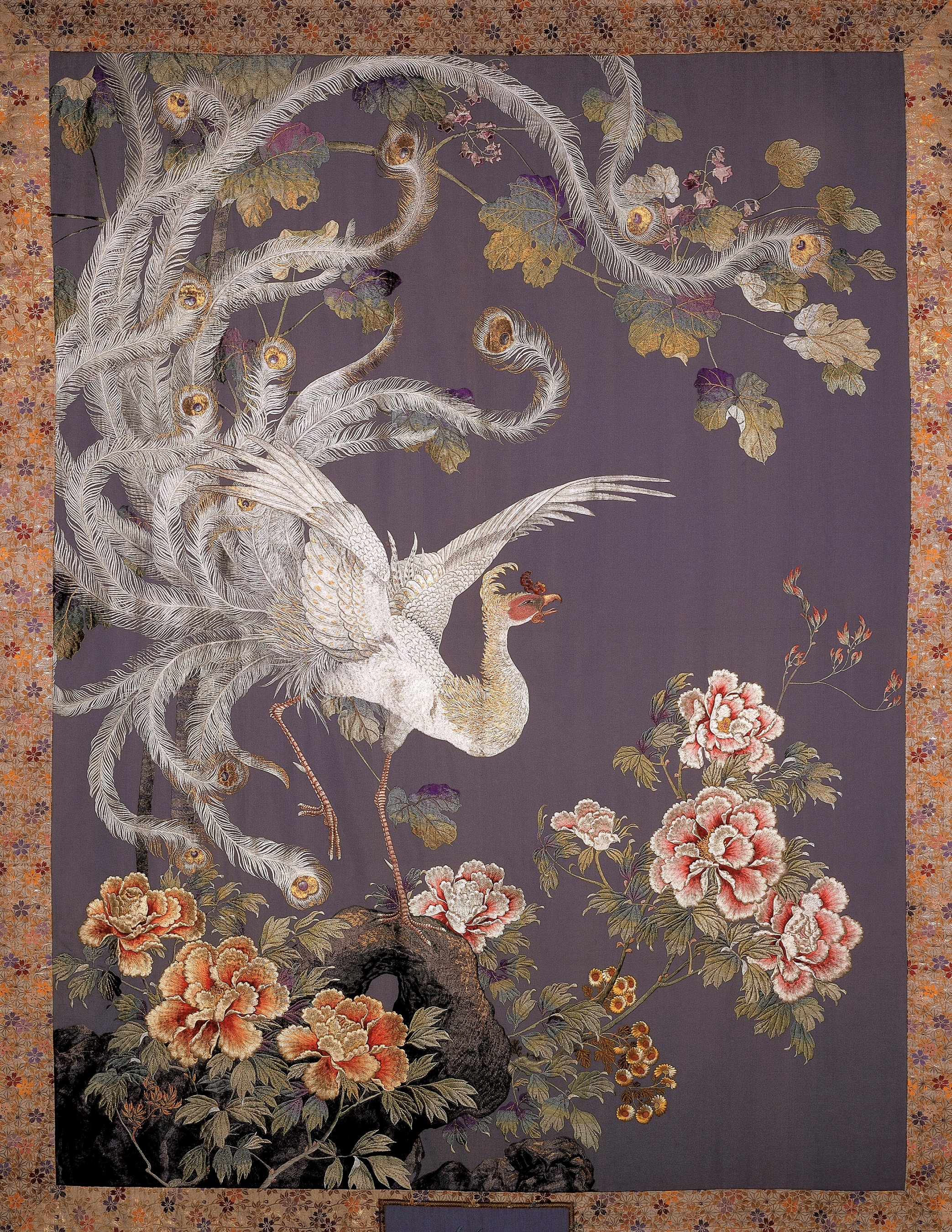 Around 1900, a number of Kyoto factories, especially that of Kawashima Jinbei, produced large textile hangings inspired by the European custom of decorating formal rooms with large tapestries. The main subject matter of this embroidery, a ho-o bird, is seen on late sixteenth-century Japanese screens made for the interiors of palaces and castles. At that time, the ho-o was favoured as a motif because in early Chinese writings its appearance is said to herald the arrival of a virtuous monarch. This hanging thus combines elements of both European and Japanese elite interior design of the sixteenth century, but with a distinctly early twentieth-century mode of expression.