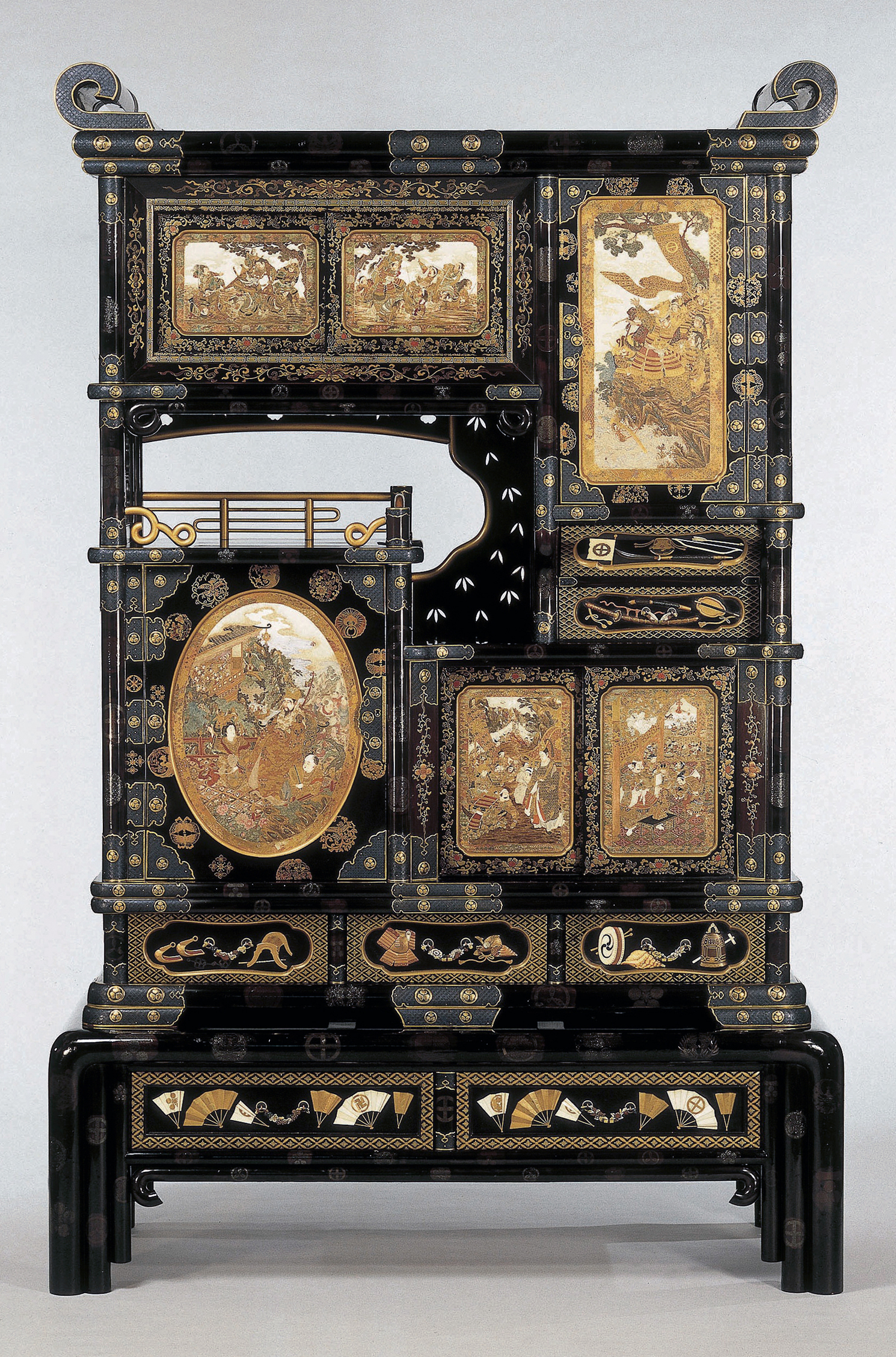 A porcelain-mounted lacquer cabinet with an asymmetrical arrangement of sliding doors, small drawers, and cupboards enclosing further small drawers, cupboards and shelves. The porcelain panels enamelled and gilt in the style of Kyoto earthenware, with mythological scenes including Nitta no Yoshisada throwing his tachi into foaming waves, a Chinese sage with attendants on a balcony, samurai warriors in combat, and courtiers with attendants. The interior panels of the hinged doors with birds and foliage, the drawers inlaid in ivory and pearl-shell, and lacquered in relief with military emblems, the frame lacquered with numerous mon, the sides with dragon and ho-o roundels, applied throughout with shakudo mounts and gilt aoi mon.

This cabinet is a good example of the sumptuous combination of techniques that was sought after by many Japanese-art enthusiasts at the height of the Japan craze in the 1870s and 1880s. Also characteristic of this period is the optimistic use on the metal fittings of the hollyhock mon of the Tokugawa family who had ruled Japan as shoguns for more than two centuries until 1867. The Tokugawa mon is particularly inappropriate on this piece since the large porcelain panel at the top right shows the warrior Nitta Yoshisada (1301-38), a loyalist hero who struggled to depose the Hojo, an earlier family of military rulers and restore Imperial rule. On his way to capture the city of Kamakura, Nitta threw his sword into the waves as an offering to Ryujin, the Dragon King of the Sea. The tide immediately drew back, opening up a route by which Nitta was able to make a successful surprise attack.