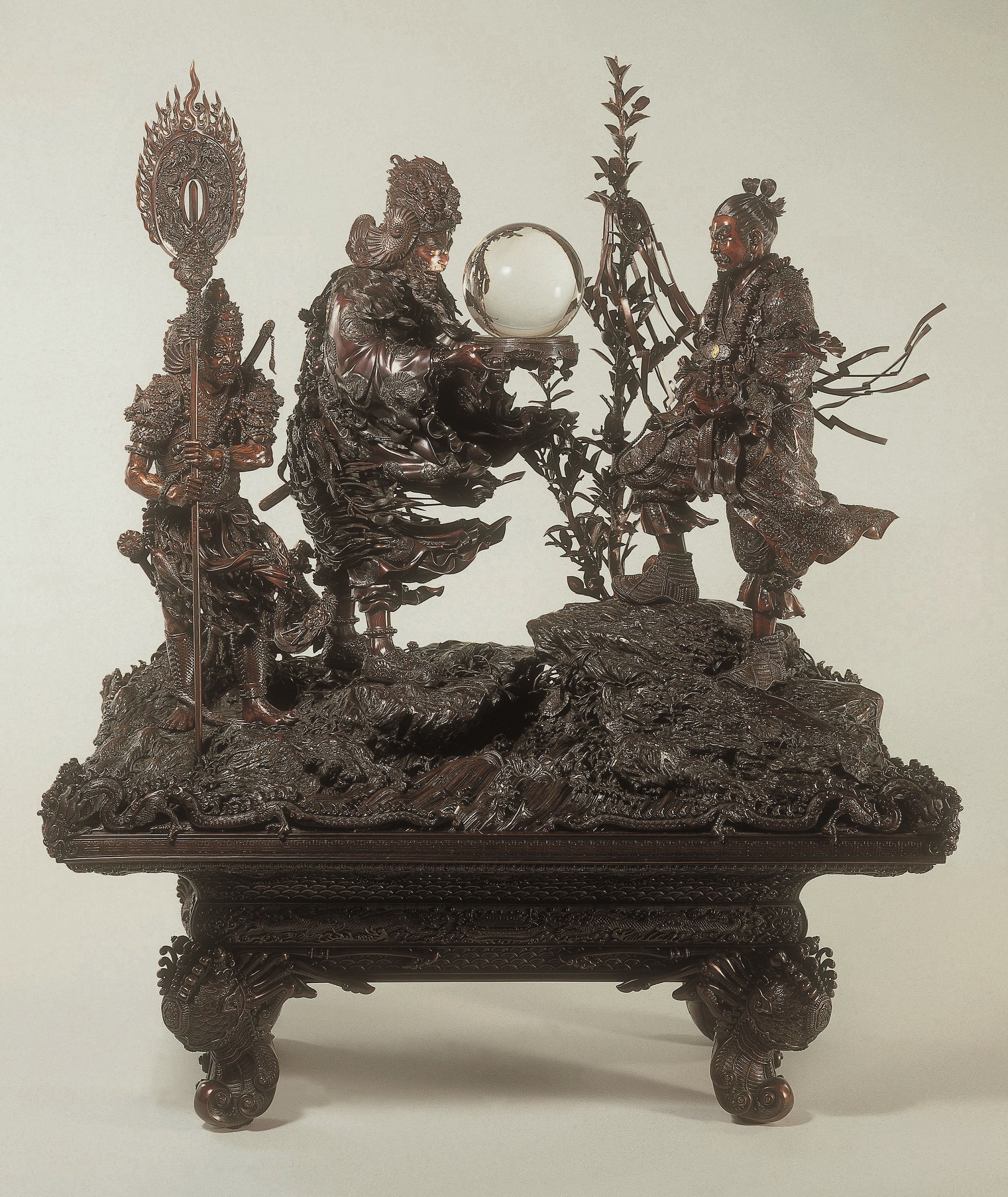 A bronze mythological group of Susanoo no Mikoto receiving the yasakani no magatama (sacred jewel). The legendary warrior standing wearing an ornately patterned coat and voluminous trousers gathered below the knee. Around his neck a necklace of magatama and tigers’ claws. The sea-god (Haneakarutama no Mikoto according to the inscription on the base) wrapped in a windswept voluminous coat hung with seaweed, spiked tassels, and a dragon-fish, a tachi hanging from his belt and on his back a dragon-cape. His extraordinary helmet formed from eight dragon-heads, fish scales, fins, and tails. His expression one of intense ferocity as he gazes into the crystal ball. At his side, an attendant standing holding a flaming banner, wearing a tunic of reptile-scales and tortoise plastron, a shell spread over his back. His helmet formed from a barnacle-encrusted fish surmounted by a seated toad. A tachi hangs on his back and a club from his waist, while a dragon writhes around his legs and body. They each stand on a rocky, seaweed-strewn base above turbulent waves. Behind them, a two-horned kirin and various other creatures, including a kappa, blowfish, and turtles emerging from among the rocks. A pair of gohei (Shinto ritual banners) are attached to the branches of a tree in the background. The lower part of the base cast with roundels of fantastic and ghoulish sea creatures on a stylized-wave ground. The legs formed from the bodies of crayfish.

Beneath the base appears the following inscription: