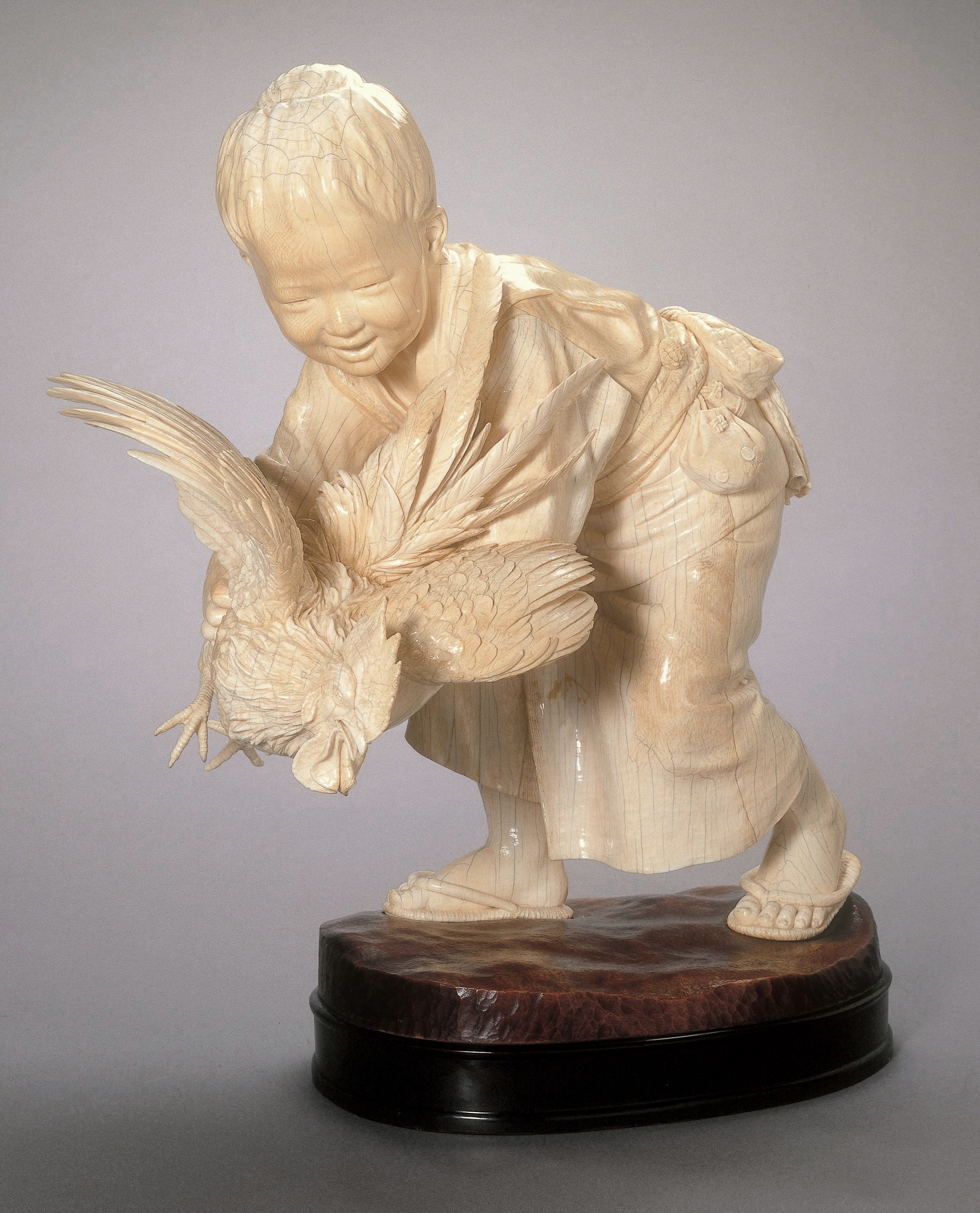 Figure of Boy with Cockerel (Okimono)

Figure of Boy with Cockerel (Okimono)

ivory, on wooden base

Another version of this large and impressive group, by Ishikawa Komei, was exhibited at the Japan-British Exhibition in 1910 by the dealer Tozan (Toyama) Chozo, who won a prize for his overall contribution to the ivory-carving section of the display. Although not as well known as Komei, on the evidence of this piece Yoshida Homei was at last his equal in technical skill. The records of the ivory-carvers’ section of the Tokyo Chokokai [Tokyo Association of Carvers and Sculptors] show that he lived in Tokyo and was active from 1904 until 1922, taking part in 1912 in an international exposition in Italy at which he sold two wood carvings to the wife of a foreign ambassador. The success of his Western-style genre carvings contrasted with the complete failure of Seiyoga [Japanese Western-style paintings] at the same show; not a single example was sold.