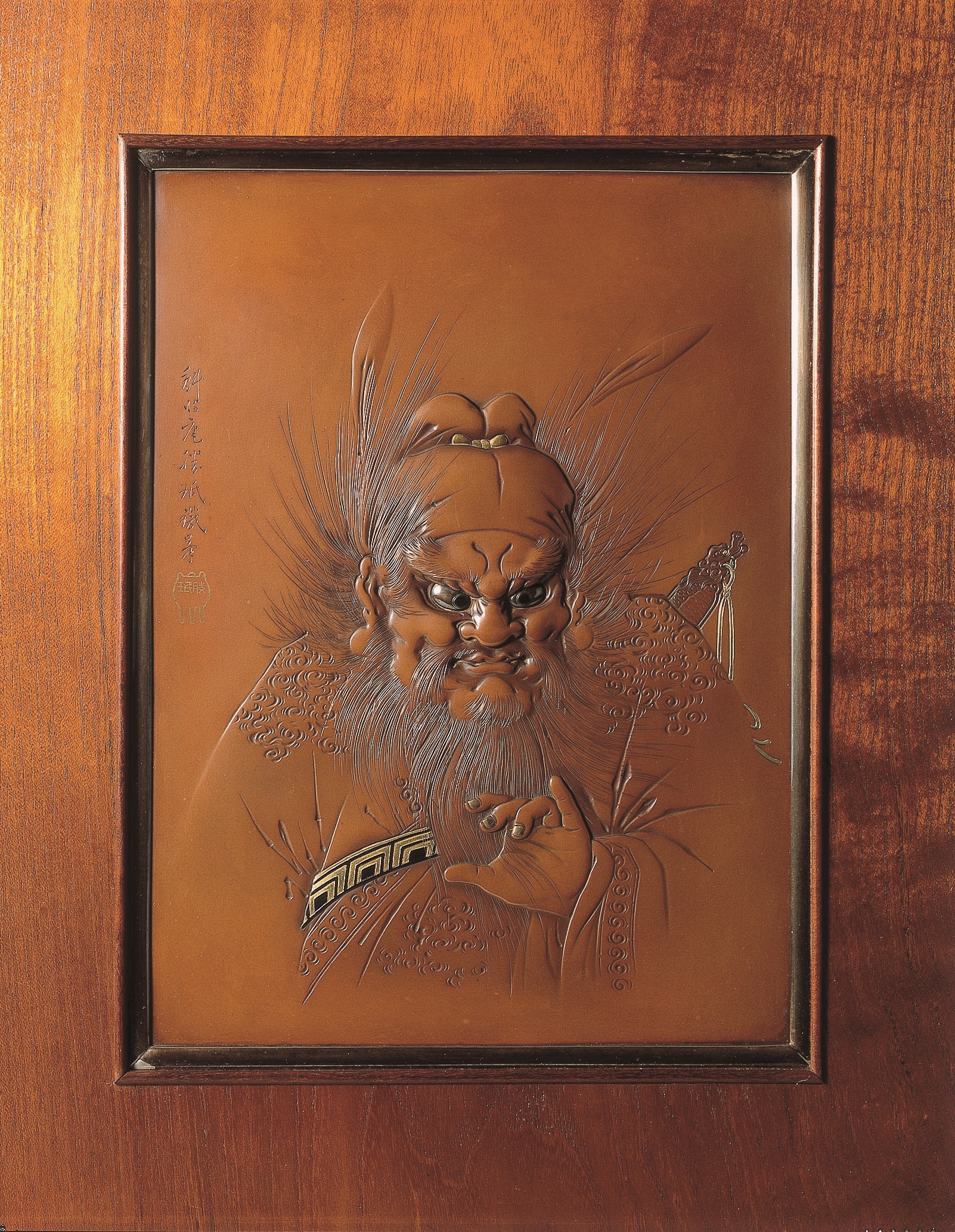 A carved and inlaid copper plaque decorated with a half-length figure of Shoki the demon-queller, bearing a fierce expression on his face, his hair blowing wildly about him. Worked in relief in uchidashi and finely carved in katakiribori. His eyes inlaid in silver with shakudo pupils, his waistband of gold and shakudo, other details on his hat and sword-tassel in gold. The whole set within a silver border.

Unno Shomin (1844-1915) was one of the two most renowned of all Meiji metalworkers (the other being Kano Natsuo). He trained under his uncle Unno Yoshimori I (1785-1862) and later under Hagiya Katsuhira (1804-86) in Mito. He learned painting and drawing from Adachi Baikei and calligraphy from Take Shojiro. In 1871 he moved to Tokyo, changing his name from Kihei to Shomin. (The character sho means ‘to be superior to something’, and in this case he intended to be superior to the renowned Somin.)

In 1890 he joined the Tokyo Art School as a teacher under Kano Natsuo and in 1894 became professor; he became an Imperial Artist in 1896. He acted as one of the judges at the Fourth and Fifth National Industrial Expositions of 1895 and 1903. He used the go Hoshu, Soetsuken, Tokasai, Teigetsuan, and Gyokuto.

Mounted in a mulberry-wood frame, the reverse carved in katakiribori and shishiaibori with an oni fleeing beneath swirling clouds.