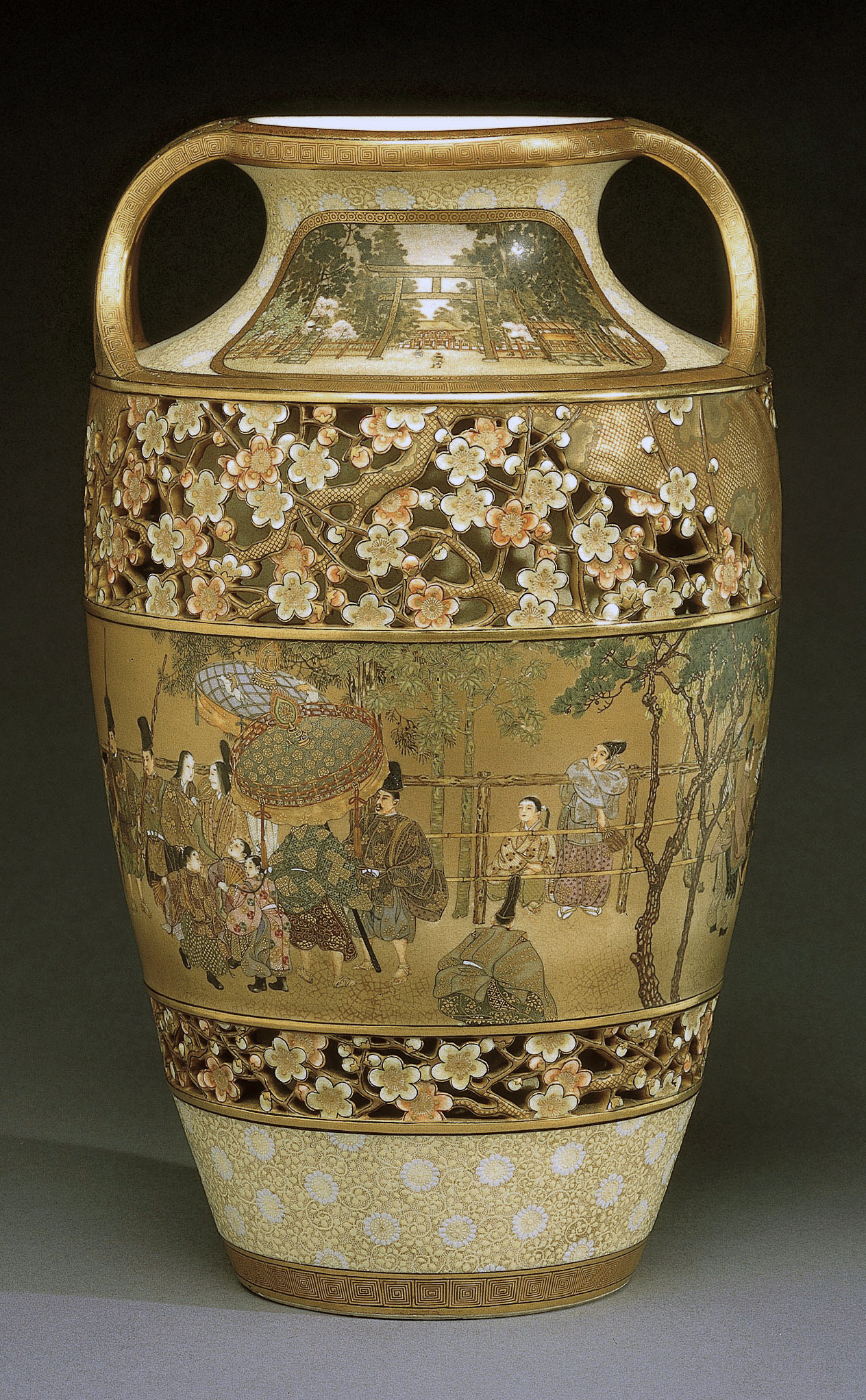 An earthenware vase, the shouldered body pierced with two bands of orange and white cherry-blossom and the central panel painted with a procession of courtiers and attendants accompanying a daimyo’s ox-drawn gissha, various onlookers and children observing the procession from behind a wooden fence. The neck painted with panels of shrines in wooded landscapes, the ground enamelled with flower-heads and scrolling foliage. The upper rim extending into downswept handles, gilt with stylized butterfly roundels and key fret.

Kinkozan Sobei VI (1868-1928) of Kyoto started to make earthenware in the Satsuma style in the 1870s and exhibited in Philadelphia in 1876, but it was the seventh bearer of the Kinkozan name who supervised the production of all the pieces signed Kinkozan in the Khalili Collection. Kinkozan Sobei VII seems first to have exhibited abroad at the International Exhibition of Barcelona in 1888; he also exhibited in Chicago at the World’s Columbian Exposition of 1893 and showed three vases at the fourth National Industrial Exposition in 1895. He won a silver medal in Paris in 1889, gold and silver medals at the Paris Universal Exposition of 1900, a meiyo ginpai (honourable silver prize) at the fifth National Industrial Exposition of 1903, a Grand Prize at St. Louis in 1904, and a Grand Prize in Liège in 1905. Kinkozan employed a number of specialist decorators whose signatures or seals sometimes appear on the base alongside the workshop mark.