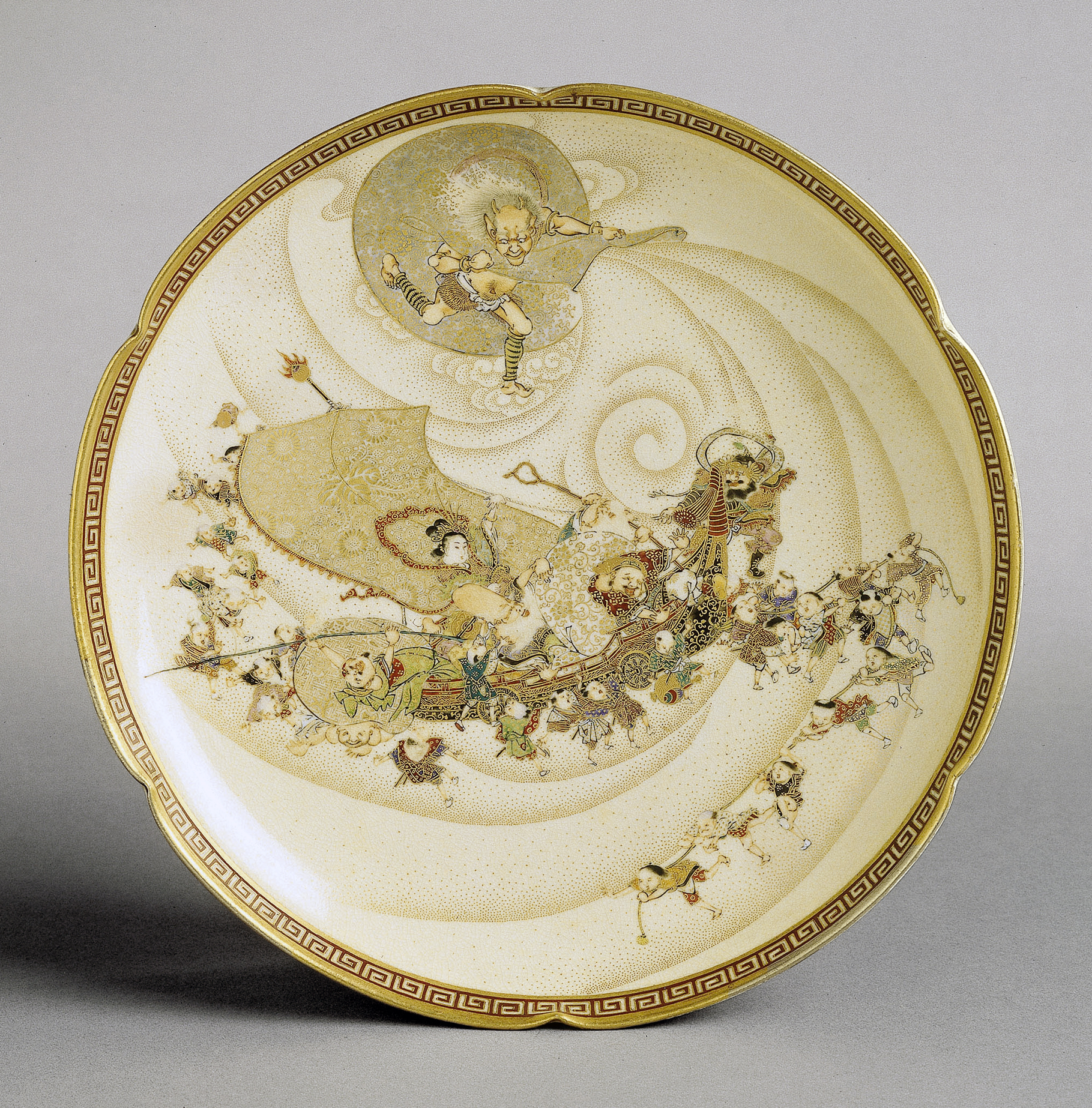 An earthenware plate with a lobed rim, decorated with a scene depicting the wind god Fuden directing a storm against a procession of children pulling a takarabune on wheels, the Seven Gods of Good Fortune attempting to remain in the vessel.

The use of large groups of children in ceramic decoration is first seen in China in the late Ming Dynasty (1368-1644). Here they are combined with a group of deities who had become popular in Japan during the Edo Period. The Seven Gods of Good Fortune are, from left to right: Hotei, a god of prosperity and well being, who is almost being crushed by his treasure sack; Ebisu with his long fishing rod; Fukurokuju (literally, ‘good fortune, high rank, and longevity’) with his enormously tall forehead; Benten, a goddess of Indian origin and the only female member of the group; Jurojin, with a long beard and staff; Daikoku, another god of wealth who wears a distinctive head-cloth; and the ferocious looking Bishamon (standing outside the boat) who is a god of war as well as of good fortune.

Thomas B. Blow, an English leader, lived in Japan from at least 1906 until 1914, supplying many leading European collectors with Japanese ceramics, metalwork, and other applied art.