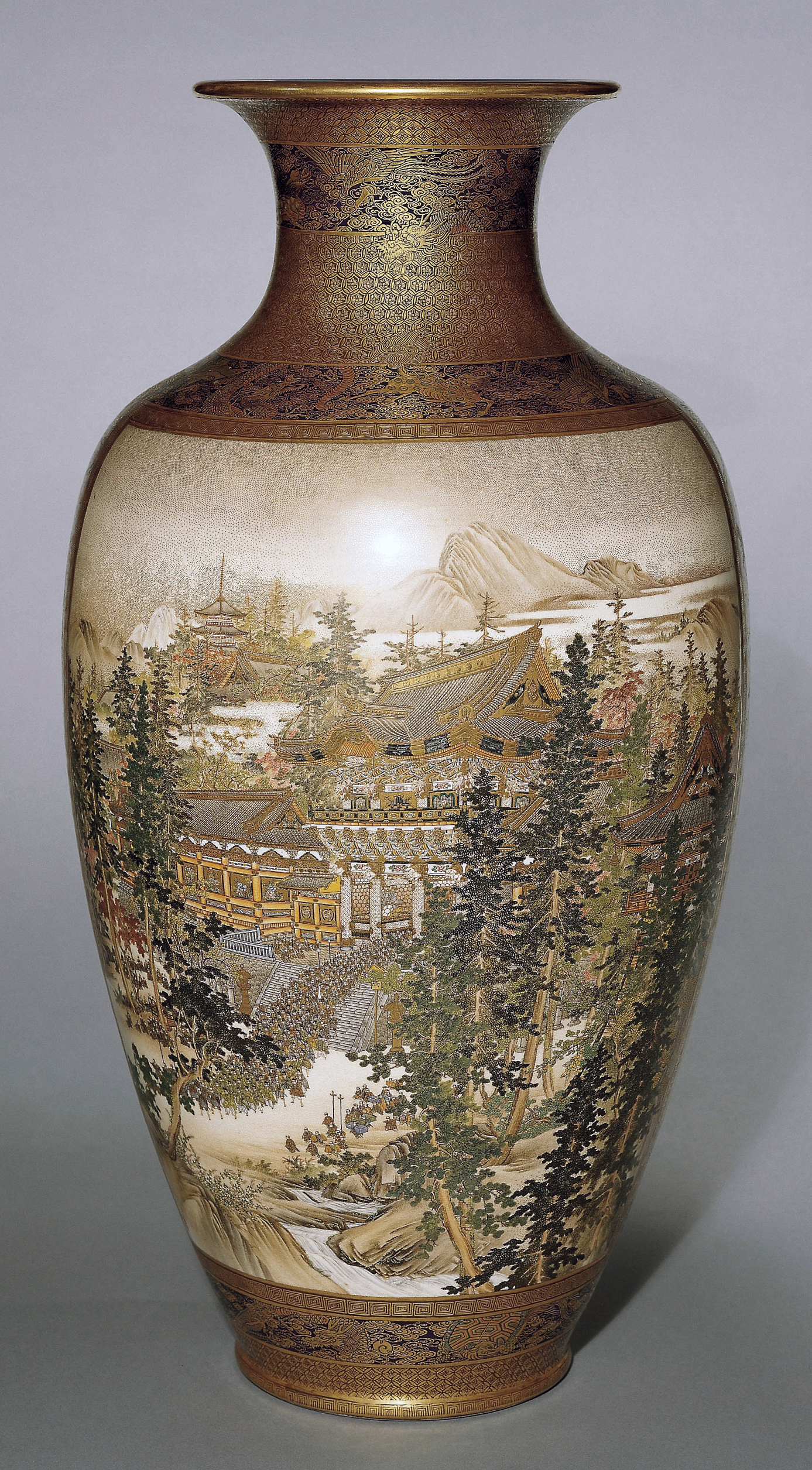 A large earthenware vase intricately painted with an extensive mountain view of the Shogun’s procession leaving the Yomeimon gate of the Toshogu shrine at Nikko, the reverse painted with ducks on the banks of a stream among wild flowers, beneath trailing purple and white wisteria. The deep blue body gilt and painted with mythological creatures on a ground of stylized clouds, the neck and foot with geometric borders.

An accompanying letter from Mr Kobayashi, dated 1908, advises Mr Robinson of the dispatch of the vase, stating:

Having had a desire to send you something which you may keep merely as commemoration of the bond of our eternal friendship, I have had rather difficulty in selection, because there in Japan is nothing superior to match with those excellent articles produced in England, except only few of such as China-ware or Silk-goods. But the latter is not at all fit to the purpose, so I have chosen the former, besides, Kyoto is most prominent district of its manufacturing. The reminiscences [sic], of that when you paid a visit to this country you were deeply impressed by the beauty of Nikko, still being lodged in my mind, I have ordered a flower-vase to the best maker in the district to be painted, by the eminent artist, the scene of the Shogun’s procession [sic] marching out of the Gate, Yomeimon, the pride of our old architecture, after celebrating the anniversary of his ancestors. Though it took nearly five months, considerablly [sic] long time to finish only one vase it has [sic] made splendidly and the maker himself was very proud of it. The vase has been sent to the shipper to forwarded [sic] to you by the Suez route, and I hope it would reach you in perfect condition.