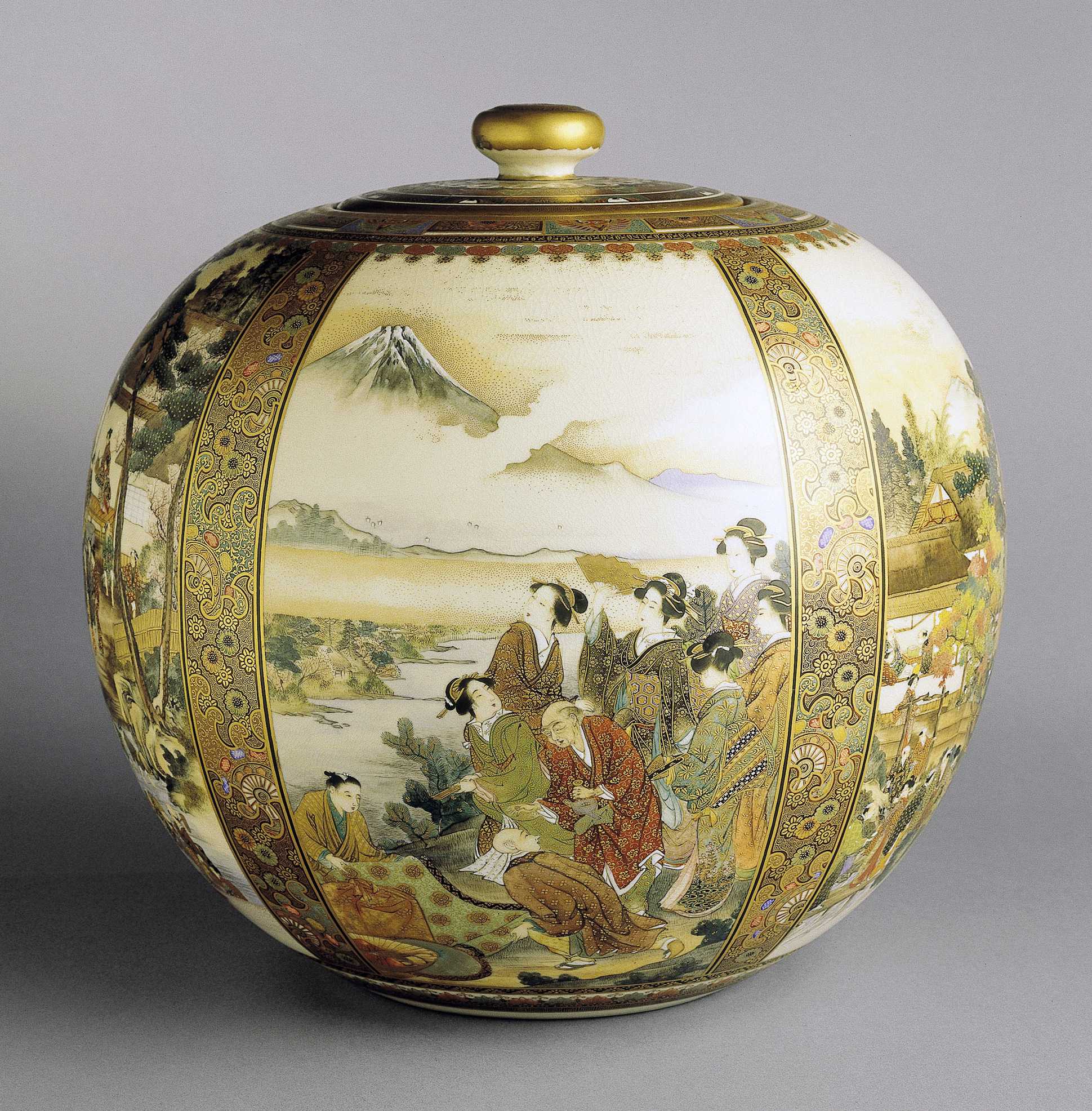 An earthenware jar and cover with an ovoid body painted and gilt with an extensive rural landscape depicting numerous farmers involved in the harvesting and preparation of rice, others walking in a garden before a tea-house. A small panel painted with silk merchants on a path beside a stream, displaying their wares before a group of young women, Mount Fuji rising through clouds in the distance. The borders enamelled and gilt with stylized mill-wheels, flowers, and scrolls. The cover decorated with formal floral motifs.

This is an example of a piece in Satsuma style by one of several workshops in Kyoto that specialized in this type of ware. The crest of the Shimazu family (see also S 162), lords of the Satsuma domain in the south of Japan, many hundreds of miles from Kyoto, is added to the signature to stress the supposed ancestry of the ware, which many Western buyers continued to believe was actually made in Satsuma. The faces of the young women gazing out at Mount Fuji are loosely based on the woodblock prints of Kitagawa Utamaro (1754-1806), which were extremely popular in the West at this period.