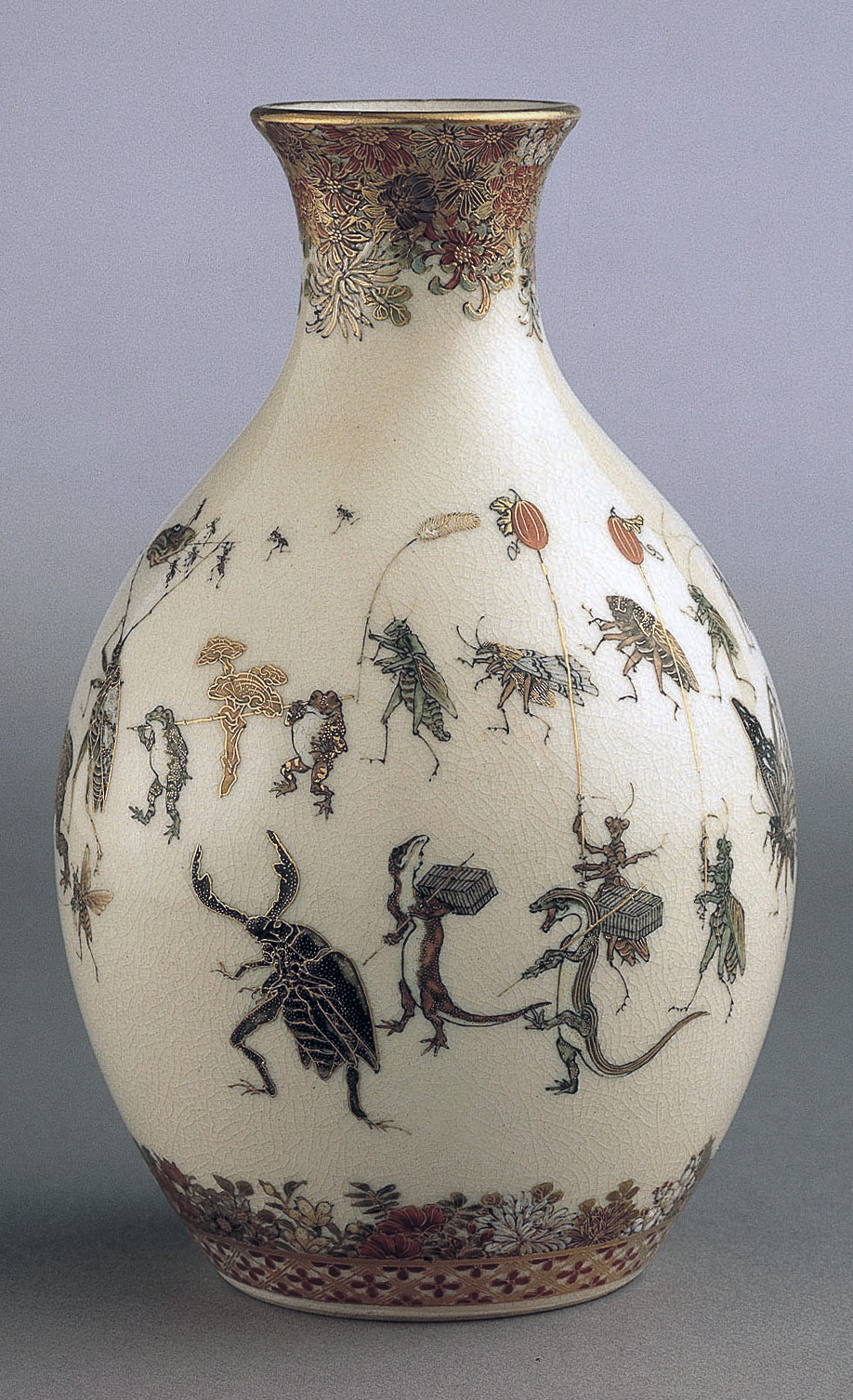 An earthenware vase with an ovoid body painted with a fantasy scene of insects, lizards, and frogs in the guise of a daimyo procession. A stag beetle leading the procession followed by lizards, mantis, a butterfly, a caterpillar, a beetle, wasps, a snail on a leaf palanquin, a tethered frog, a cicada, a spider, and bees carrying a nest, numerous ants dragging a fish-head in the rear. The neck and base painted with flowers, the foot with a geometric flower-head border.

The tradition of caricaturing human activities by substituting insects, amphibian, and other animals has a very long history in Japan, the most famous example being the Choju giga (Humorous Pictures of Birds and Beasts), a set of thirteenth-century picture scrolls.