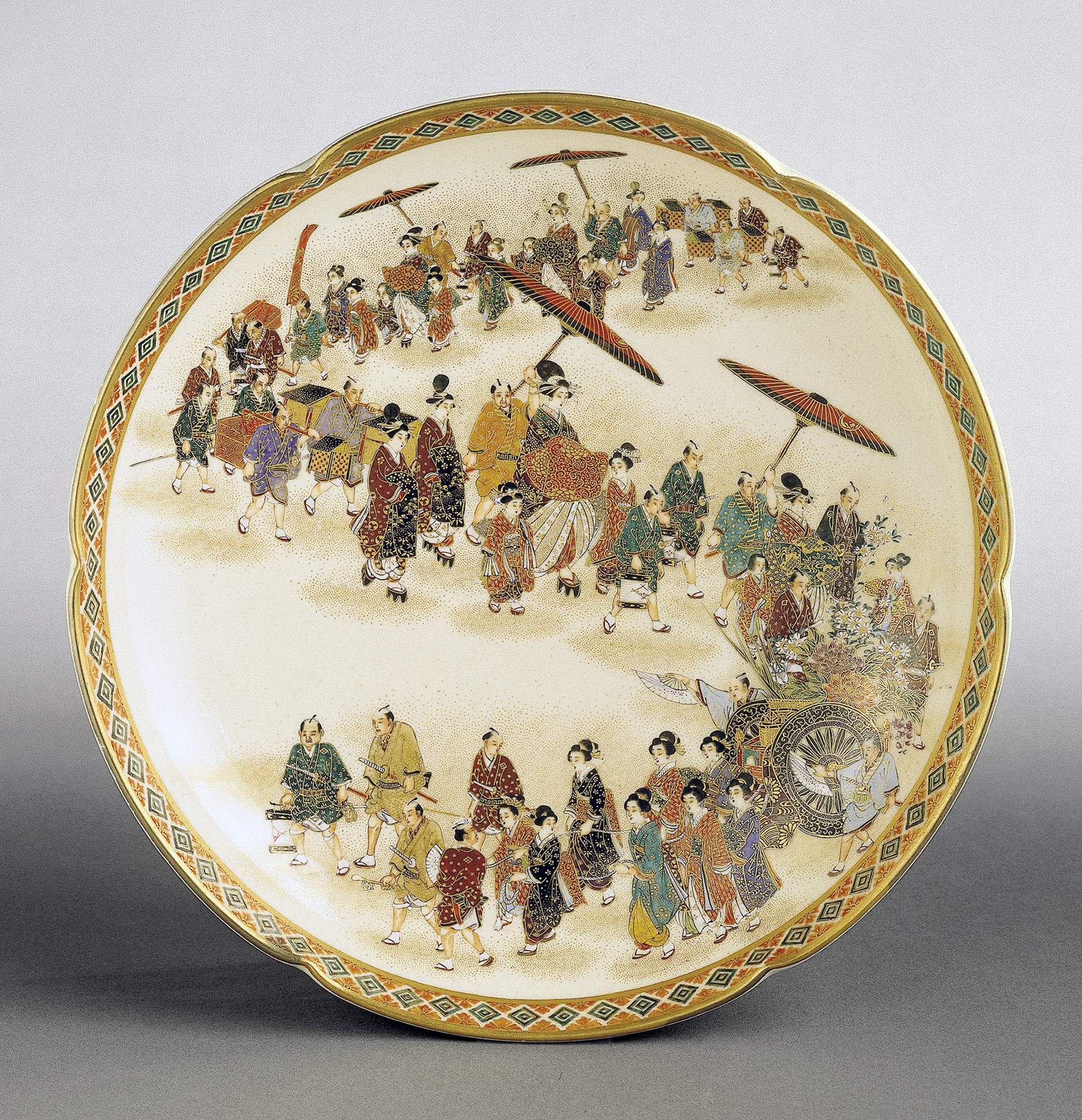 An earthenware plate with a lightly lobed rim, painted and gilt with a dayu dochu (procession of prostitutes) and numerous figures pulling a large hanaguruma filled with flowers, others holding parasols and boxes. All within a border of diamond motifs and half-flower heads.

This plate depicts a scene that would have been passing into recent memory at the time it was painted. In the Edo Period, the most famous prostitutes in the licensed red-light district of Japan’s great cities used to take part in formal processions at fixed times of the year, but such customs fell out of favour during the Meiji Era. In 1900, a law was passed enabling the girls in Tokyo’s licensed quarter, the Yoshiwara, to leave whenever they pleased, and by the end of that year the number of prostitutes had fallen by more than one thousand. For Takebe Shoko and Thomas B. Blow see S 121.