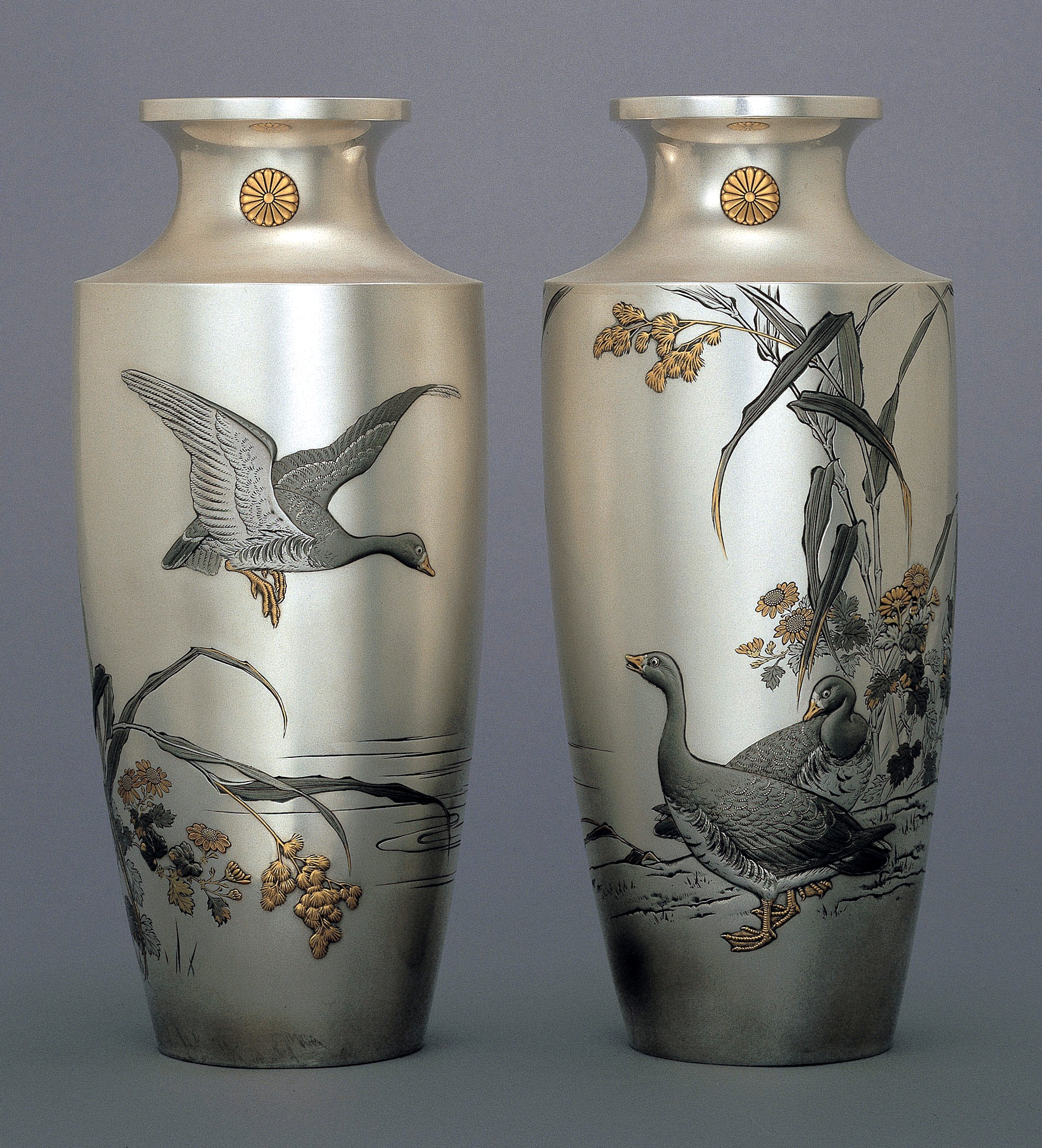 silver with touches of gold

Tsukada Shukyo was adopted in 1859 by the sword-fitting maker Hata Naokane (Chokkyo), who specialized in carving and from whom Shukyo took the second character of his name. He studies painting with Shibata Zeshin (see GL 4) from the age of fifteen, and at twenty became an assistant to Kano Natsuo (see M 53), eventually gaining formal acceptance as a pupil of the great man. Taking characters from his two heroes’ names, he sometimes called himself Shin’yusai. In 1875, he received an order for gold cups from the Naimusho (Department of Domestic Affairs), and in 1886 he did a craft demonstration in the presence of the Meiji Emperor. As early as 1889, his master Natsuo considered him worthy of inclusion in the first rank alongside such names as Unno Shomin and Toyokawa Mitsunaga. He was named Teishitsu Gigeiin (Artist to the Imperial Household) in 1913, served on the jury of Tokyo Chokokai (Tokyo Association of Carvers and Sculptors), and died in 1918. Sukyo was a prolific exhibitor, participating in the third Naikoku Kangyo Hakurankai (National Industrial Expositions) and many other domestic shows, including those of the Nihon Bijutsu Kyokai (Japan Art Association), as well as exhibitions in Paris (1889 and 1900) and London (1910), where he won a gold medal.