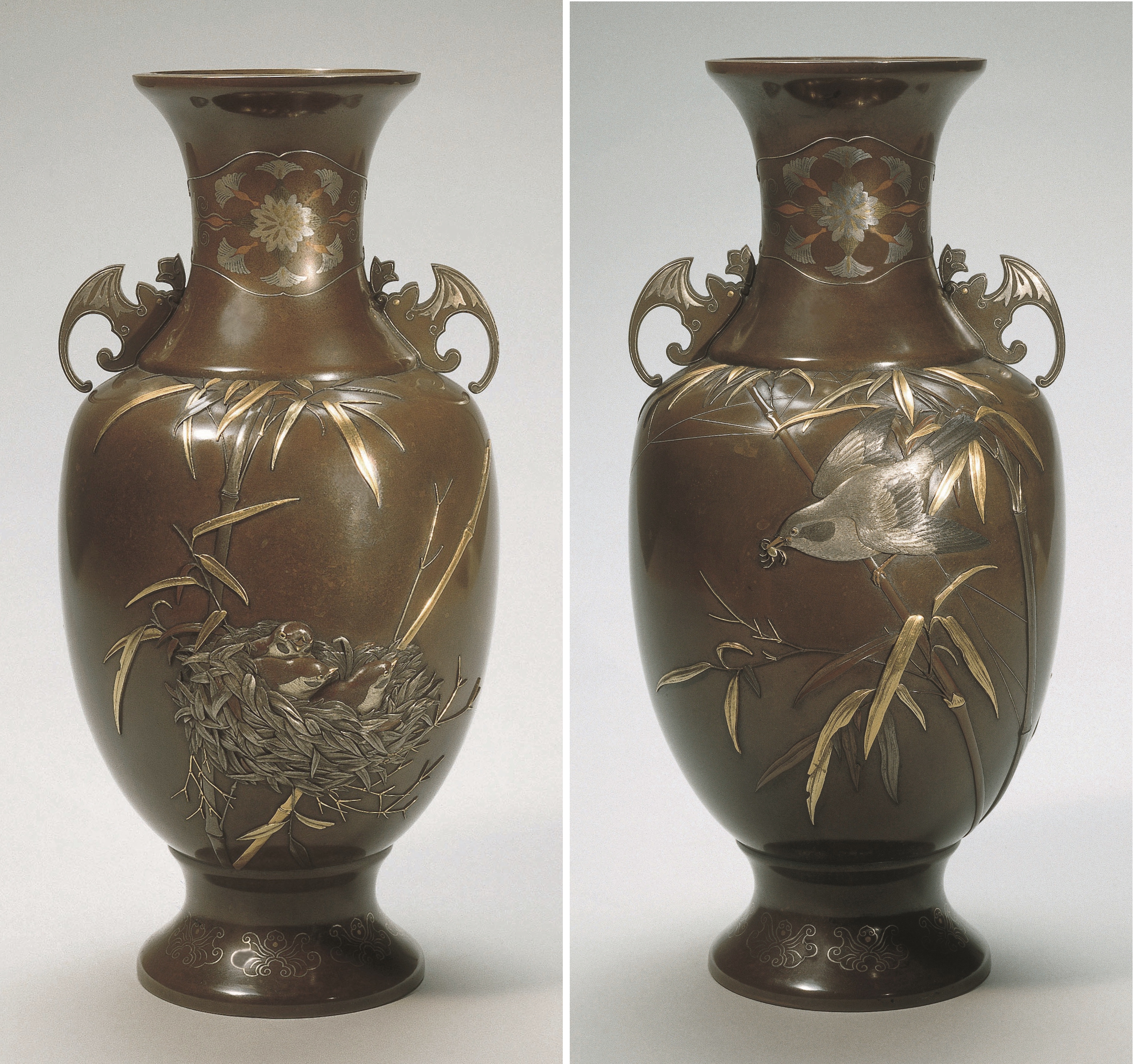 A pair of inlaid bronze vases, each of baluster form inlaid in iroe takazogan. One with a nest of fledglings among bamboo-stems, the other with the parent bird perched on a bamboo-stem carrying a spider in its beak, caught from the web which extends to the reverse of each vase. The necks inlaid in silver, copper,gold, and shibuichi honzogan with floral motifs, the feet similarly inlaid in silver and gold with stylized butterflies. The shoulders applied with handles in the form of stylized bats.

The Kiritsu Kosho Kaisha [First Industrial Manufacturing Company] was founded bby the Meiji government to exploit the success of the Japanese exhibit at the Vienna World Exhibition in 1873. As a commissioning agent, the company ordered work from many famous artists in all branches of the decorative arts, frequently supplying drawings to act as models (see Hida, Kiritsu Kosho Kaisha). It also had three factories, one for metalwork and one for ceramics, while the third produced in a variety of media, such as lacquer, embroideries, Shibayama, and lacquered leather. Following the Philadelphia World Exposition in 1876, the company opened a branch in New York, and after the Paris International Exposition in 1878, another branch in Paris. In 1891 it was wound up and the business divided between Marunaka Magohei and Hayashi Tadamasa.

Although ostensibly a commercial enterprise, Kiritsu Kosho Kaisha was in fact a vehicle for the government’s attempts to present an ‘advanced’ face to the West in order to gain political prestige. The products were nearly all of the finest quality, but usually have a slightly old-fashioned air; it was the inability of the company to move with the times (owing to political pressure to continue with the manufacture of non-commercial works) that led to its failure in 1891.

The trade mark of the company was the double mountain.