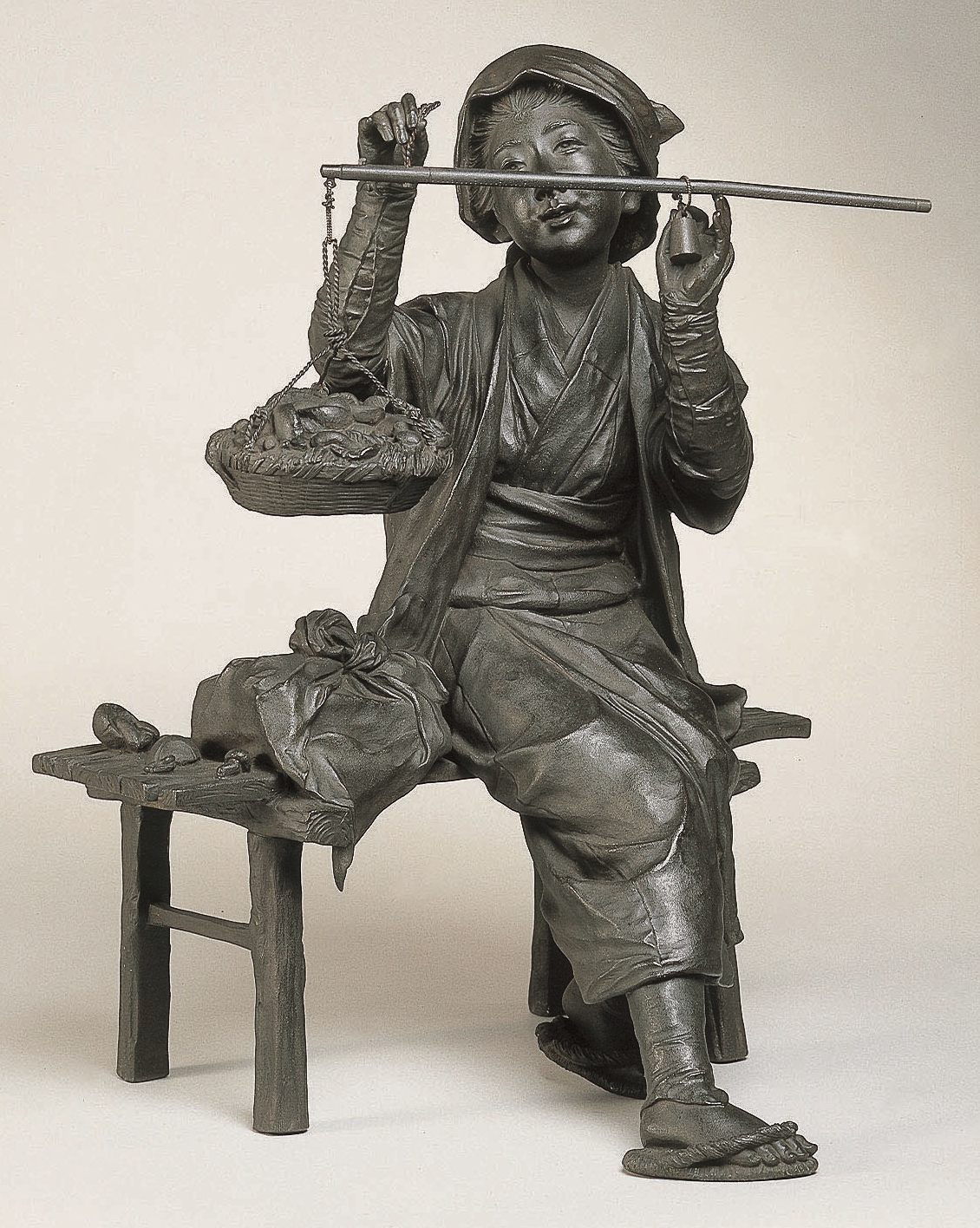 Figure of a Woman Weighing Mushrooms

Figure of a Woman Weighing Mushrooms

A Tokyo-school bronze study of a woman weighing mushrooms, dressed in loose robes and a cloth headscarf, seated on a rustic wooden bench beside her lunch-box wrapped in a furoshiki (carrying-cloth). She holds aloft a scale and is moving the counterweight. The wicker basket laden with mushrooms, some of which lie scattered on the bench beside her.

Kaniya Kuniharu (1869-after 1910) was one of the foremost craftsmen in cast bronze of the Meiji period. He had been taught by two particularly eminent artists, Takamura Koun (1852-1934) and Otake Norikuni (b. 1852: see M 17). Koun, a master of wood sculpture, had been appointed professor of sculpture at the founding of the Tokyo Art School in 1889. He had earlier been in charge of the decoration of the extension of the Imperial Palace in 1877-8, and in 1877 had won the meiyo (first) prize at the First National Industrial Exposition. He was later nominated an Imperial Artist. It was upon the work of Koun that Kuniharu based his style, which was to be continued by his pupils Watanabe Haruaki, Onoda Harumasa, and Kimura Harumitsu. Kuniharu was one of the founder members of the Tokyo Chukin Kai [Tokyo Cast Metal Association] in 1907 with Oshima Joun (see M 159), Okazaki Sessei, Katori Hozuma, Matsuhashi Muneaki, and others. He exhibited at both national and international exhibitions, including the Paris Exposition of 1900.