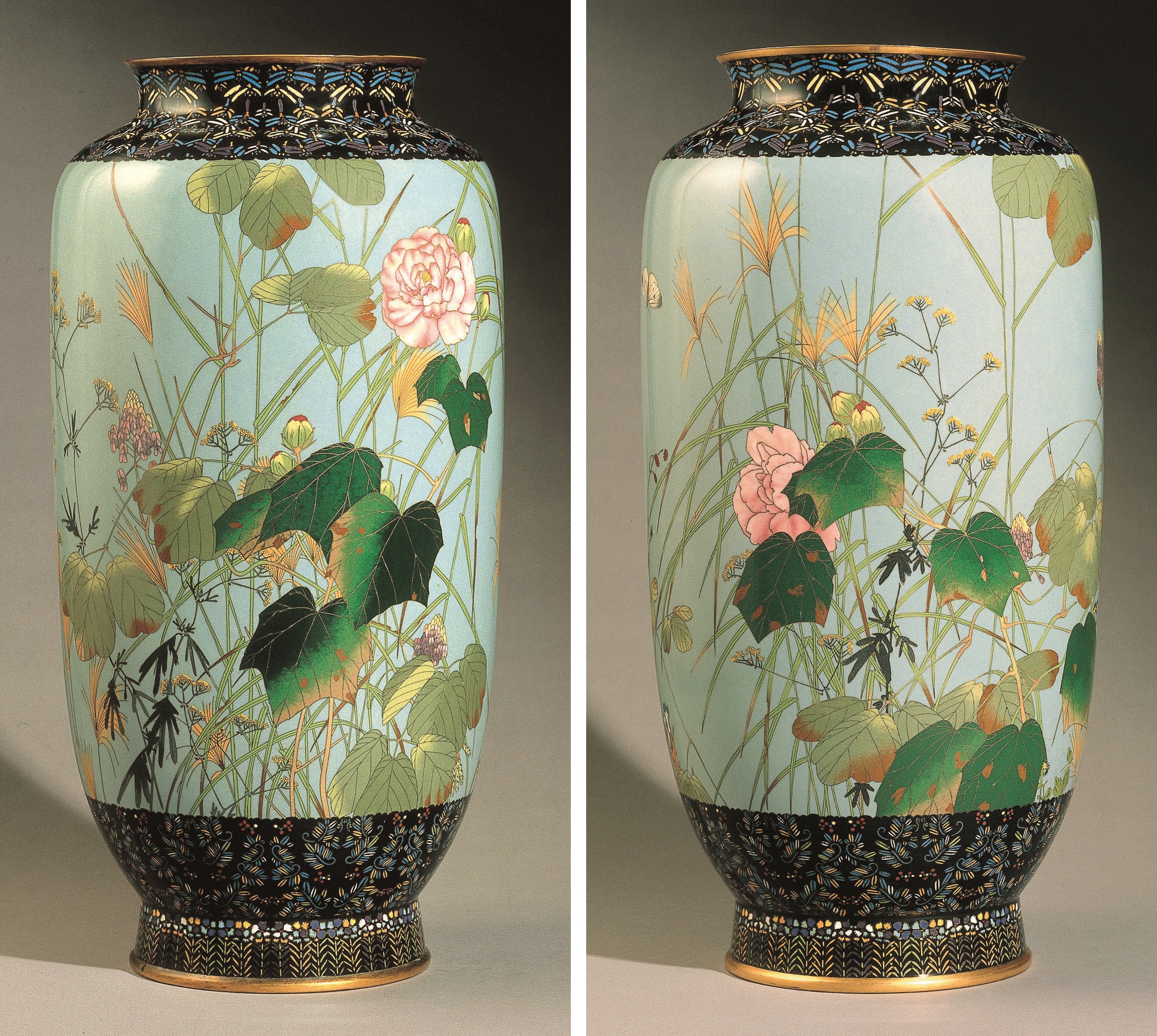 A pair of Cloisonné enamel vases with a design in the style of Nishi Chinnen (1792-1851), each decorated with butterflies above flowers and grasses on a pale grey ground. The flowers include peonies, Chinese bell-flowers, and susuki, and the butterflies are varaities of whites. The peony-leaves and some of the flowers worked in gilt metal wire, the others in silver wire, each with extensive shading; some of the smaller flowers of partially wire-less outline (shosen jippo). The upper border worked in silver wire with numerous stylized dragonflies of various sizes, on a black ground. The foot decorated with a border of stylized pinks beneath scattered foliage and berries, also on a black ground. Applied with gilt metal mounts.

These vases, demonstrably the work of Namikawa Sosuke, were exhibited at the Amsterdam Exhibition of 1883 at which Sosuke and the Nagoya Cloisonné Company were awarded the first-class gold medal and where the President of the Company, Mr Muramatsu, was decorated by the King of Holland. They are illustrated in the booklet published by Namikawa Sosuke in 1896. These are the earliest known enamels attributed to Sosuke, having been exhibited only three years after the Tokyo branch of the Nagoya Cloisonné Company was established and two after the invention of shosen jippo. Although they are not signed by Sosuke, and are still officially from the Company, the fact that he illustrated them in the 1896 booklet (virtually an autobiography) certainly suggests that it was he and not a colleague who was responsible for their production. The Tsukamoto brothers, who claimed priority in the invention of shosen jippo, were still working for the company at that time; it seems likely that they were the actual makers.

The decoration is clearly taken from the work of a Shijo-school artist close to Onishi Chinnen, greatly resembling more than one plate in his famous work Sonan gafu published in 1834.