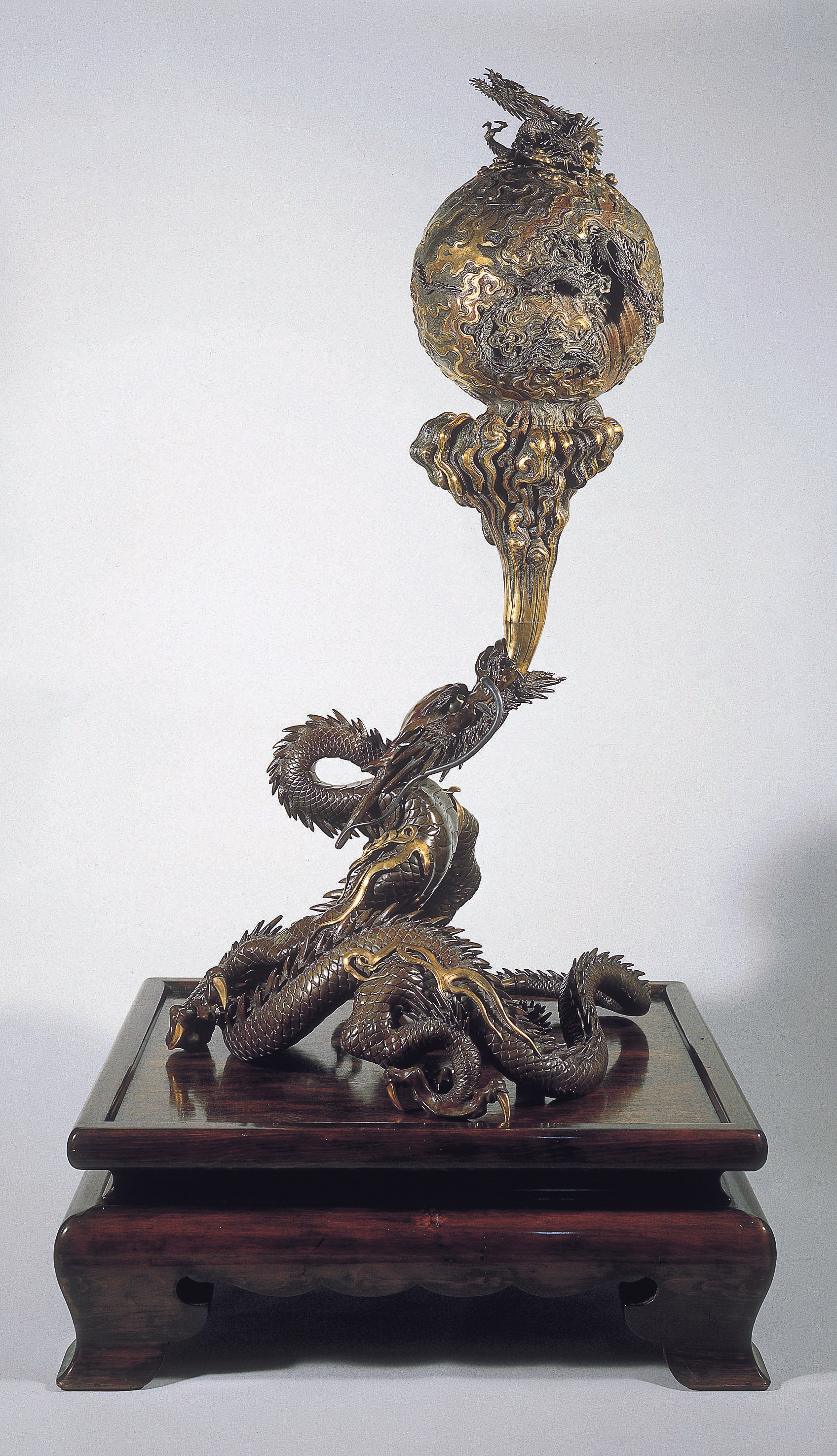 A massive figure of a bronze dragon breathing from its mouth fire and smoke which supports a great sphere covered in fire and clouds, among which small dragons coil, a further dragon as a finial. The whole with gilt details Set on a wood base.

The Miyao Company (Miyao Eisuke) of Yokohama was one of the more prolific workshops of the Meiji period, producing generally good-quality bronzes bearing rich brown patinas with details picked out in gilding. The subject of warriors was a favourite theme, which presumably appealed to their Western clientele. Although the overall appearance is very ornate and apparently detailed, they used virtually no inlay, relying on the gilt details to give the general effect. The main part of the business was concerned with bronzes, but the company is also recorded in the Second National Industrial Exposition of 1881 exhibiting okimono in wood, and hanging wood panels.