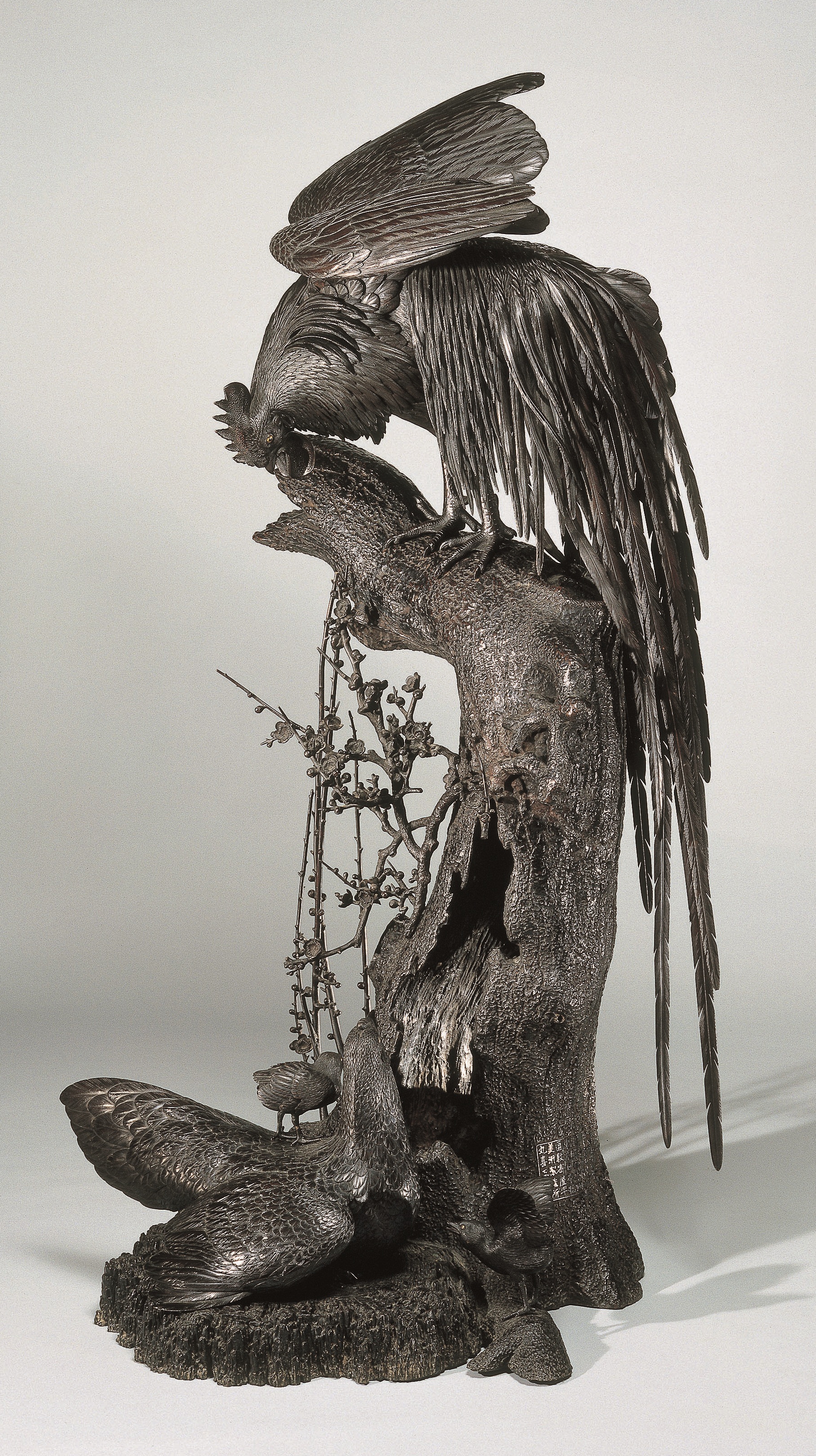 A large cast-bronze group comprising a long tailed cockerel perched on a gnarled and hollowed plum-tree stump from which blossoming shoots appear. The bird spreading its wings protectively and lowering its head towards the hen and chicks which nest at the base of the stump. The birds’ eyes in gold and shakudo.

The Maruki Company, of which little appears to be recorded, made or commissioned fine quality bronze and ivory works. This bronze is reputed to have been exhibited at the World’s Columbian Exposition in Chicago, in 1893. The name of the company is not recorded in the catalogue, but the artist Otake Norikuni (see M 17) is listed as exhibiting a cockerel group, given in the official catalogue, part x, department k, group 139, as ‘No. 12, Otake Norikni [sic]. A rooster with long tail on plum tree. Hen with chieckens below, (Bronze)’. A further figure of a single cockerel of markedly similar appearance was exhibited by Otake Norikuni at the Paris Exposition of 1900 and is illustrated in the Fine Arts Magazine catalogue.