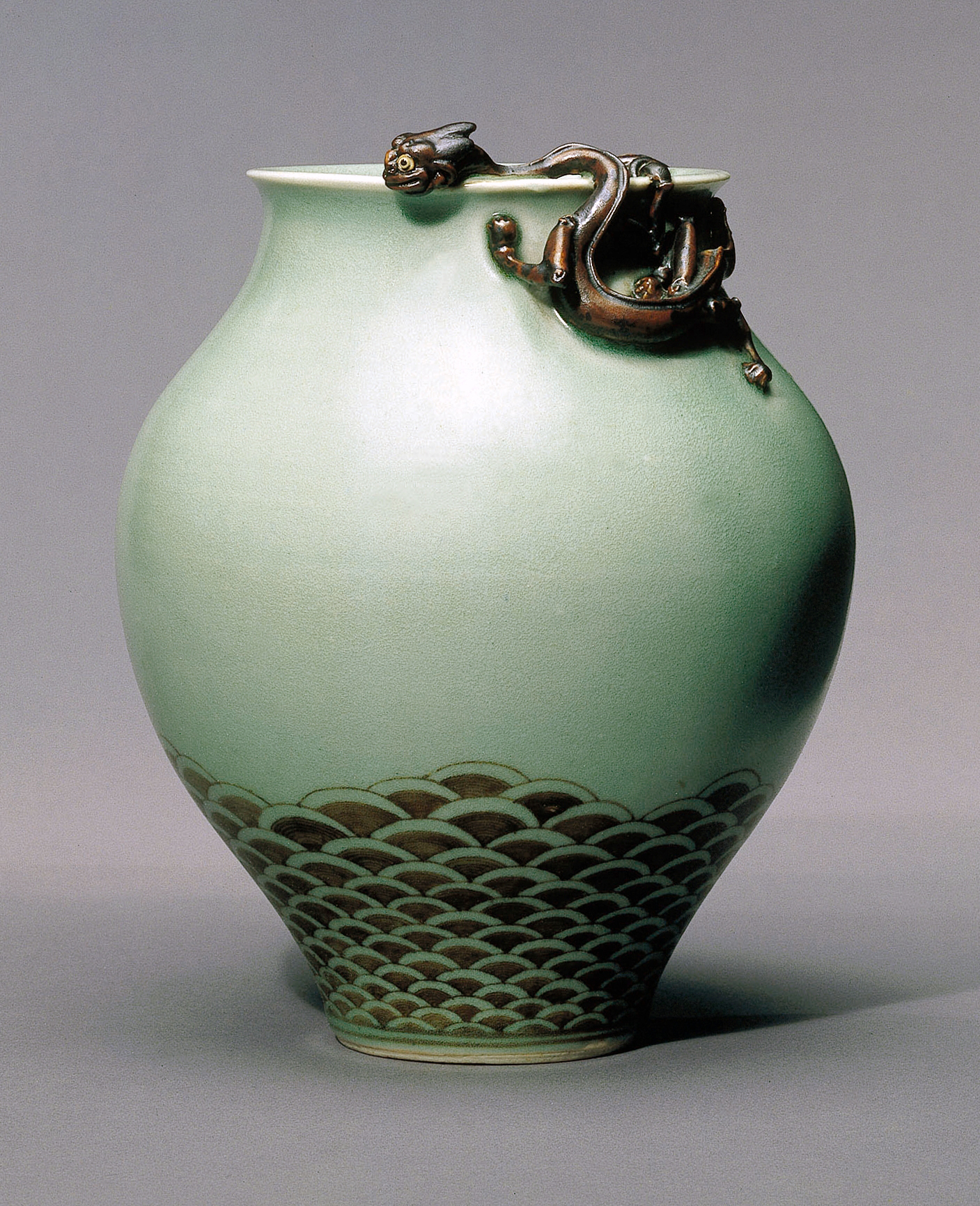 porcelain with a pale green glaze, painted in underglaze brown

A porcelain jar with a tapering ovoid body and flared rim modelled in high relief with a dragon climbing around the rim, the creature decorated in brown glaze, the body of the jar of plain green painted on the lower part with graduated stylized waves in underglaze brown.

The dragon decoration on this jar is clearly derived from that found on Chinese bottle vases of the Yongzhen and Qianlong periods, and reflects Kozan’s notorious interest in ‘peach-blow’ as described by Brinkley in Artistic Japan at Chicago (p. 30), who comments on accusations levelled against the artist regarding possible forgeries of Chinese ceramics.