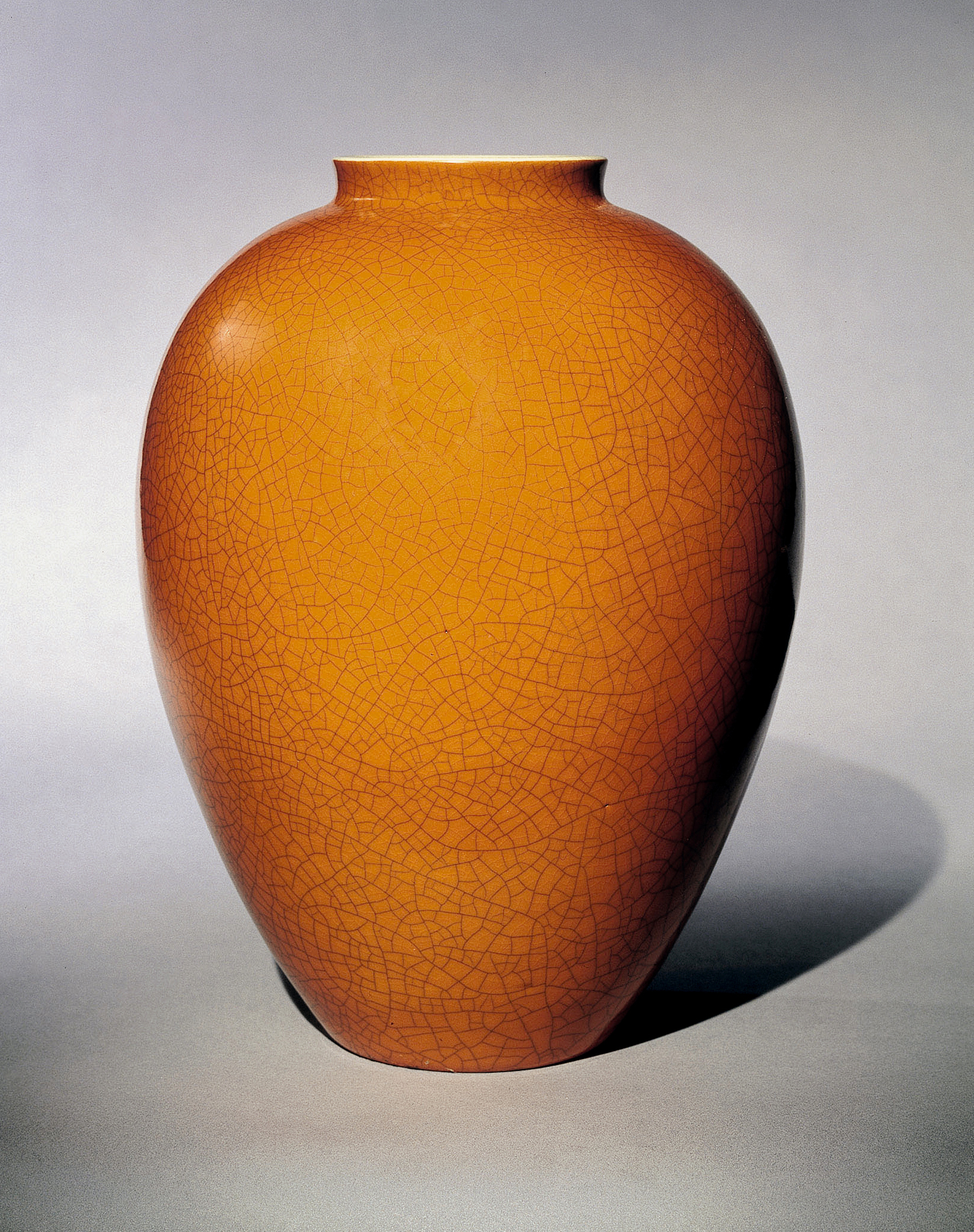 earthenware with a crackeled orange glaze

An earthenware vase with an ovoid body decorated with an evenly crackled orange monochrome glaze.

Seifu Yohei III (1851-1914) was, in Japan, universally acclaimed the finest ceramic artist of his generation; interestingly, in the West it was Kozan who was usually preferred. He was born in 1851, the second son of the Maruyama-school painter Okada Ryohei, entering the studio of the painter Tanomura Chokunyu (1814-1907) in 1866. He was then adopted by Seifu Yohei II (Gokei), becoming a potter with the go Seizan and marrying Gokei’s sister. He became Seifu Yohei III on the death of Gokei in 1878.

At the Third National Industrial Exposition in 1890 he won the itto myogi shohai (first prize for technical excellence) for a water-jug and a gourd-shaped jar, which were much praised by the judges. He exhibited three pieces in Chicago in 1893, and was the first ceramic artist to be appointed Teishitsu Gigeiin (Artist to the Imperial Household) in the same year. At the Fourth National Industrial Exposition in 1895 Seifu showed six pieces and went on to be the only ceramic artist to win a meiyo shohai (prize of honour), the judges commenting that ‘the shape [of the vase] is perfect… and his skill is unparalleled in Japan… He is a model for other potters.’ Some of Seifu’s works had been exhibited by the commissioner Yoshioka Kichibei.

Seifu showed in Paris in 1900, including pieces in several techniques, but on that occasion he was overshadowed by Makuzu Kozan, the ‘hero’ of the show. At the fifth National Industrial Exposition in 1903 he won the itto shohai (first prize).

Seifu’s work was always praised in Japan for its restraint and elegance; his production seems to have been small as he refused to compromise his high standards at the whim of the market. He was awarded the Green Ribbon, another imperial honour, in 1895.