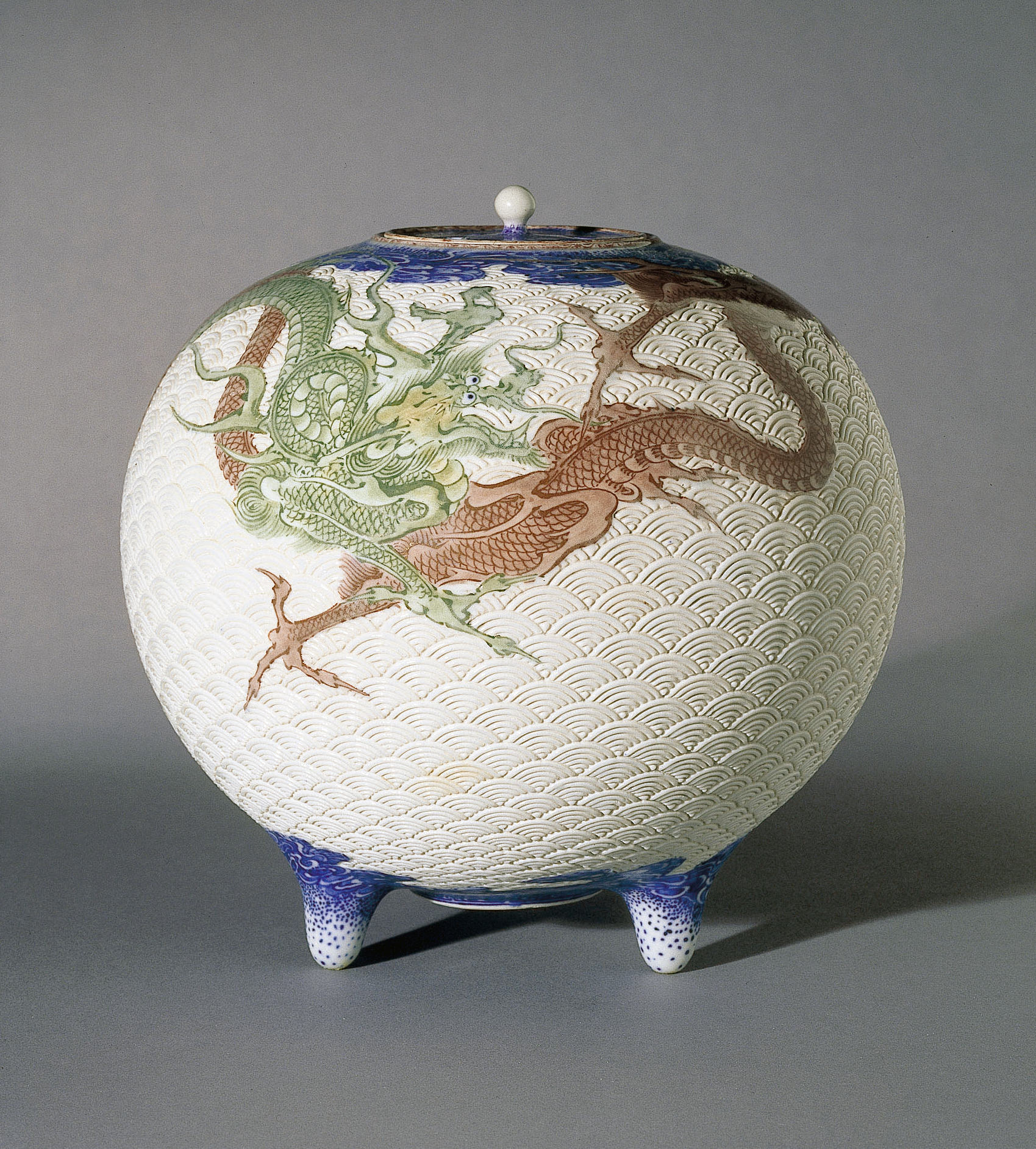 A porcelain koro and cover decorated with two coiled dragons confronting each other, their bodies entwined. Painted in underglaze green and copper red beneath a cloud border extending over the cover in underglaze blue, the three short legs and base similarly decorated with clouds, the ovoid body moulded with a graduated wave pattern glazed white.

Ever since the development of decorated porcelain in fourteenth-century China, the dragon – zodiac animal, bringer of rain and symbol of Imperial Power – has been an immensely popular motif for ceramic decoration in the countries of East Asia. Dragons appear frequently in the work of Makuzu Kozan, many of whose porcelains were inspired by Chinese originals.