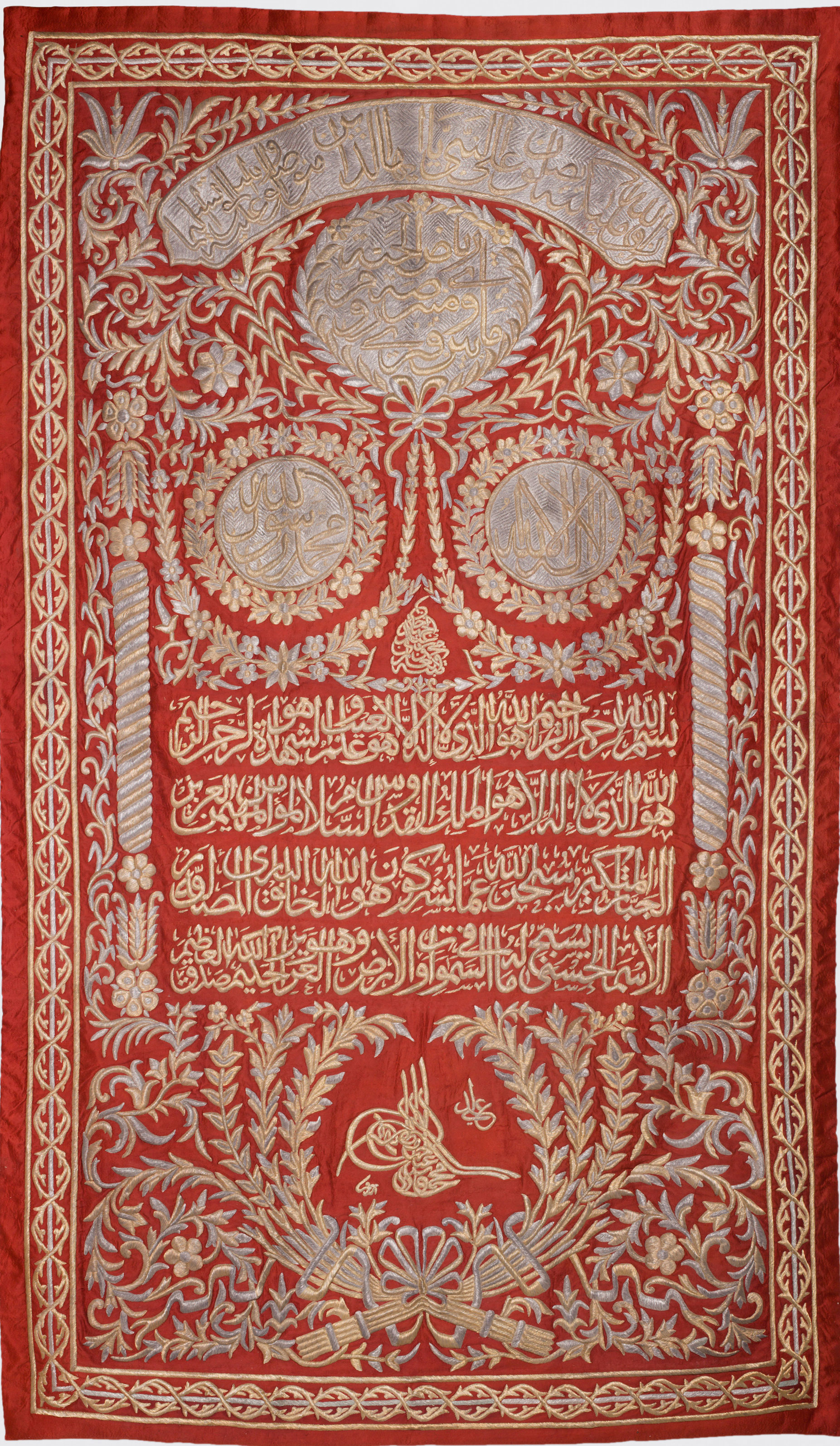 Sitarah for the Rawdah of the Prophet’s Mosque in Medina

Sitarah for the Rawdah of the Prophet’s Mosque in Medina

That this curtain was intended for the rawdah is suggested by the text in the large medallion at the top. It consists of a hadith of the Prophet, ma bayna qabri wa minbari rawdah min riyad al-jannah (‘Between my tomb and my minbar is one of the gardens of Paradise’ ). Sultan Mahmud II is known to have practised the art of calligraphy and a number of sitarahs commissioned by him bear his pear-shaped signature cartouche. It reads, katabahu al-‘abd