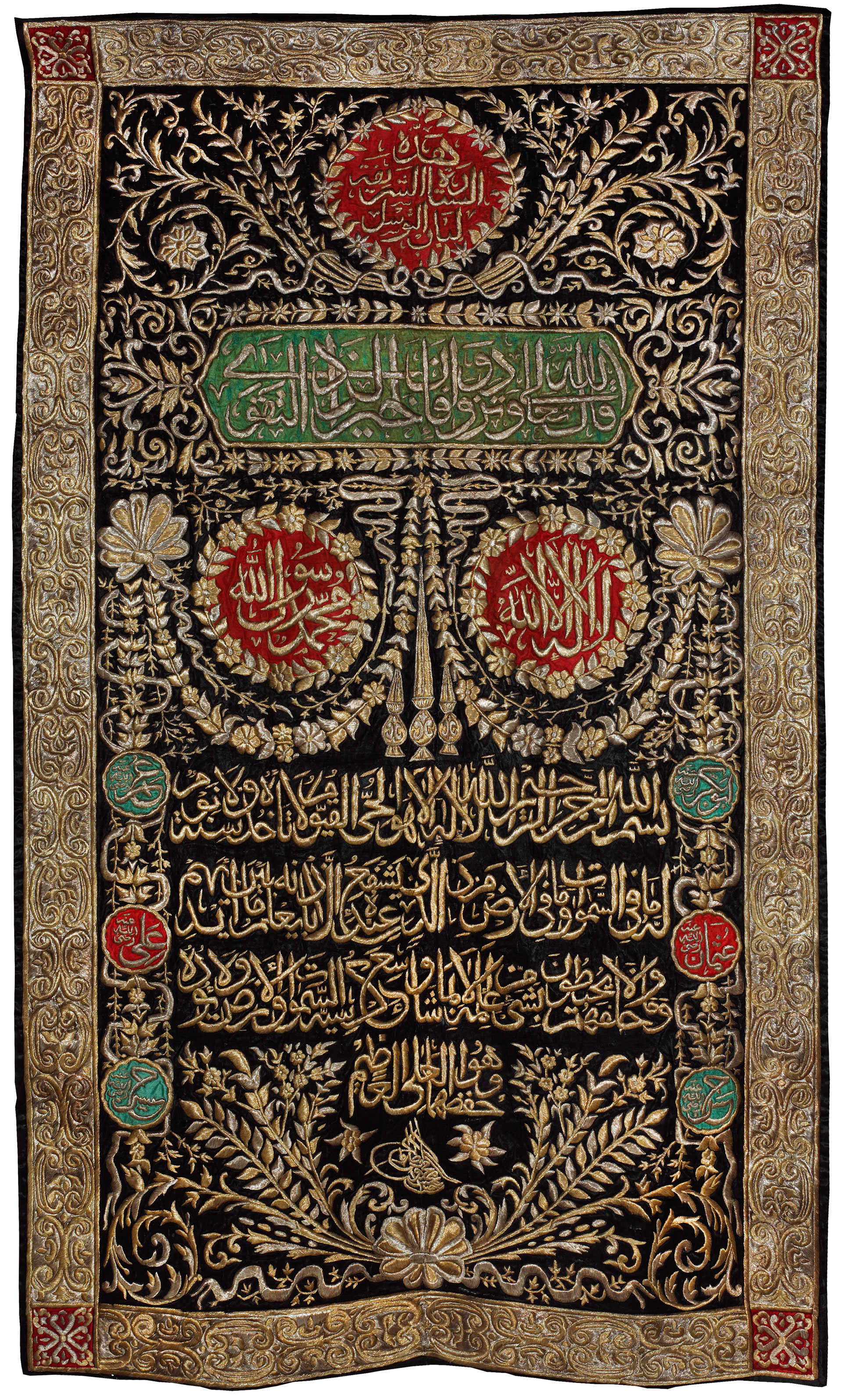 black silk with red and green silk appliqués, relief-embroidered in silver and silver-gilt wire over card and cotton thread padding

The Prophet’s mosque underwent a major program of rebuilding and renovation during the reign of Sultan ‘Abdulmajid I (r. 1839–1861), which included expanding the mosque to the north. A new gate, known as the Bab al-Majidi or Bab al-Tawassul, was opened and this curtain, according to the inscription within the wreath at the top, was intended for it. The green panel is inscribed with Qur’an, Surat al-Baqarah, II, verse 197, in part, which reads, ‘God Almighty has said, “And take a provision with you for the journey, but the best of provisions is good conduct”.’ Below it is the shahadah divided between the two red roundels, followed by the Ayat al-Kursi (‘Verse of the Throne’, Surat al-Baqarah, II, verse 255). The names of Abu Bakr, ‘Umar, ‘Uthman, ‘Ali, Hasan and Husayn are written in the small roundels on the sides. The tughra of Sultan ‘Abdulmajid is at the lower end of the sitarah.